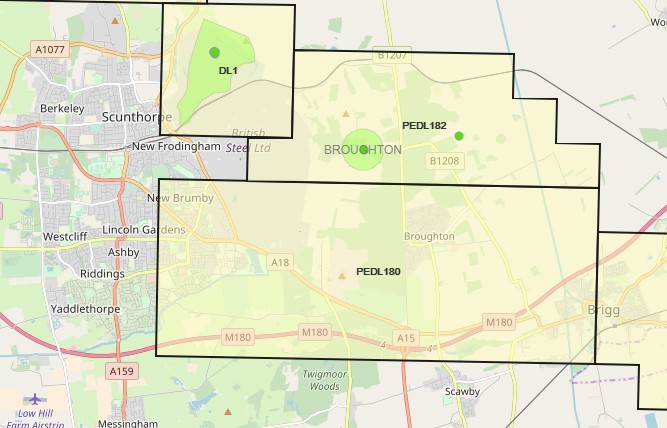 Announcements issued today confirmed that Celtique Energie has finally pulled out of onshore oil and gas exploration in the UK.

The company has sold its final stakes in the Wressle licences, PEDL180 and 182 near Scunthorpe, in north Lincolnshire. They contain the Wressle oil site, refused planning permission for production in January 2018 after a public inquiry, and the Broughton North Prospect.

The total payment to Celtique, of just under £2.5m, is conditional on the establishment of commercial oil production at Wressle. The deal has to be approved by the Oil and Gas Authority.

The deals increase Union Jack’s holding in the licences to 27.5% and Egdon’s to 30%. The other investor is Europa Oil and Gas, also with 30%.

Today’s announcements ends a gradual withdrawal by Celtique from the UK onshore industry. At one point, the company had interests in 15 licences.

Last month, Celtique pulled out of a licence on the Leicestershire-Nottinghamshire border and another in north east Lincolnshire. Details

In 2016, it sold the Broadford Bridge licence, PEDL234, to UK Oil and Gas Investments and two 14th round licences in the East Midlands to Egdon. It also handed back two licences in the Weald (PEDL231 and PEDL243) to the Oil & Gas Authority (details).

Exploratory drilling at Wressle in 2014

“Today’s transaction underlines our confidence in the quality and deliverability of the Wressle project.”

He said Egdon would “shortly submit a new planning application for the Wressle development”.

Two previous applications were refused by North Lincolnshire Council and Egdon’s appeals were dismissed at a public inquiry.

The planning inspector said Egdon had not shown that unacceptable adverse impacts to groundwater and water courses would not arise from the development.

“The Written Ministerial Statement released on 17 May 2018 demonstrates an encouraging positive shift in Governmental attitude towards the importance of UK energy production and provides the Board with further comfort on obtaining a favourable development decision.”

“This acquisition, with no upfront cash payment, increases our interest in Wressle from 15% to 27.5%. The acquisition is highly attractive and significant to Union Jack’s future and reaffirms Union Jack’s and its joint venture partners’ commitment to the development of Wressle.”

Union Jack predicted it would gain 137 barrels of oil per day once the Wressle site was in production with cash flows of US$4m per year at the current oil price. The company said it estimated operating costs would be below US$15 per barrel. Mr Bramhall said:

“The economics are robust and net asset value accretive down to an oil price of US$35.”