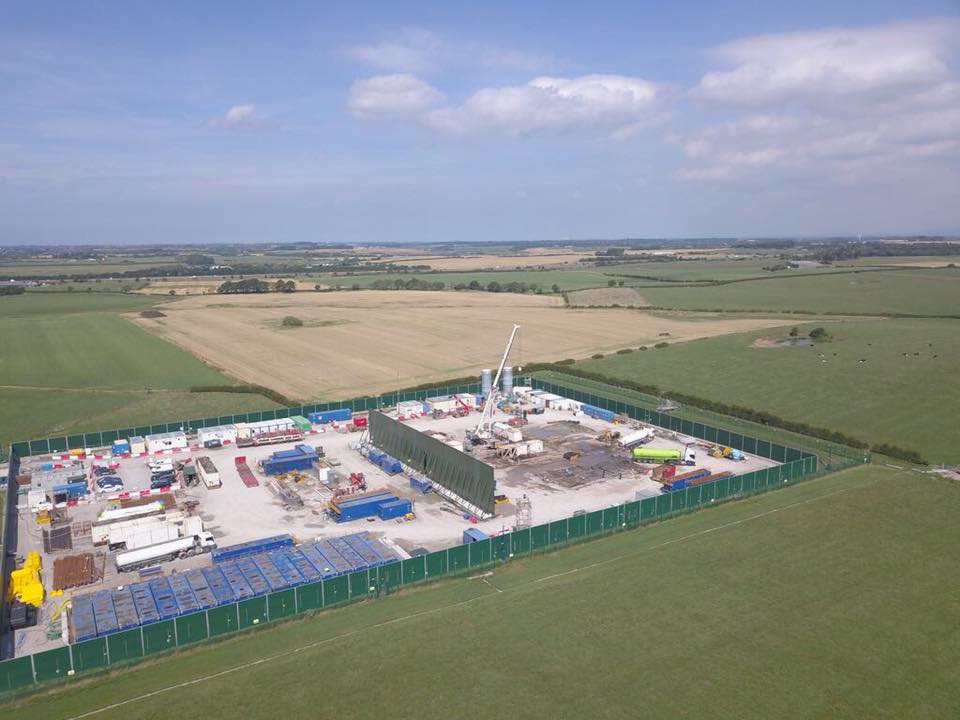 The first well at the site received consent in July 2018. Cuadrilla said planning and environmental permits for both wells were already in place.

Last week, officers at Lancashire County Council approved the lighting plan for the hydraulic fracturing stage of the Preston New Road operation. This includes lighting for the 28m coiled tubing tower. Some campaigners and councillors had argued that this should have been decided by the council’s planning committee.

“We are currently completing works on site in readiness to start hydraulically fracturing both wells in the next few weeks.

“The UK’s need for a new and reliable source of natural gas, the cleanest fossil fuel, is underlined by a new report¹ suggesting the UK is going to have to rely on more coal to generate electricity. That would be a massive backwards step in reducing carbon emissions, as would continuing to import gas over long distances by pipe and ship.

“We are very proud to be the first operator in the UK to make significant headway in shale gas exploration.”

“It is unsurprising that the pro-fracking UK government have yet again, waved away the myriad of issues around fracking, and granted permission for Cuadrilla’s second well to be hydraulically fractured.

“The financial resilience of multi-million-pound losses Cuadrilla and their international backers is worrying, with recent reports that they have already burned through all of the funds Centrica gave them, and that’s even before they’ve managed to frack.

“The continual emerging climate, environmental and health evidence against fracking, and the increasing opposition – now including Conservative MPs who are threatening a rebellion against their own party on this matter – suggests that this industry is on a hiding to nothing, albeit an expensive one for them.”

“Claire Perry shows utter contempt for the people who will suffer the consequences of fracking. Even members of her party agree that decisions on planning should be left to local authorities. She is totally ignoring all the evidence that says fracking will increase pollution and threaten water supplies. It is shameful that this government are putting people’s lives at risk.”

“The fiasco of allowing fracking at Preston New Road has been an exercise in trampling over democracy and the wishes of local people.

“The Government is paving the way for a whole new fossil fuel industry just when we should be dramatically reducing our reliance on dirty energy. If they continue down this road, they’ll face a growing backlash in Parliament and across the country.”

Yesterday, another fracking company, Third Energy told the Yorkshire Post that it would not frack this year at its gas well at Kirby Misperton in North Yorkshire. The company is still awaiting hydraulic fracturing consent after BEIS ordered a financial resilience test. Fracking equipment was moved offsite in the spring. A spokesperson told the paper:

“We are not pushing the Government for final consent because don’t have the equipment available. We don’t know when it will become available.”