Les Barlow, who lives 700m from the proposed shale gas site, is bringing the action on behalf of Harthill Against Fracking (HAF). This is a group of about 100 residents, formed in January 2017 to oppose Ineos plans to explore and frack for shale gas. 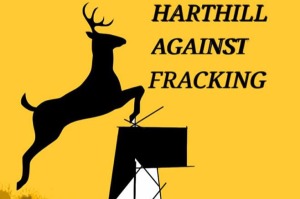 Mr Barlow, for HAF, has received permission for a statutory review of the decision, granted by an inspector on 6 June 2018, after a public inquiry. Any costs against him have been limited.

The group is seeking to quash the inspector’s decision and order a new inquiry.

The case will be brought against the Secretary of State for Housing, Communities and Local Government under section 288 of the Town and Country Planning Act 1990.

Mr Barlow, for HAF, will ask the court to consider whether the inspector acted in breach of the rules of natural justice. The inspector refused HAF’s request to adjourn the public inquiry in Rotherham in April so that the group could consider new highways material from Ineos.

HAF argued that because of the late evidence and the outstanding request for an adjournment, which was not decided upon until the first day of the hearing, it did not know the full case it had to meet until the inquiry had started.

The group said that given the volume and complexity of the material in the new management plan, it needed more time to consider.

The refusal of an adjournment meant, the group said, that it had been unable to offer evidence or make submissions, informed by an expert, on the opposing the case made by Ineos.

“Our group of local residents is very concerned about the impact of fracking on our local community and environment and we were keen to be part of the planning process to voice our concerns.

“Our client believes the planning Inspector’s decision was wrong in law because the Inspector acted in breach of the rules of natural justice.

“By admitting key evidence, served on our client by Ineos only ten days before the inquiry started, and about which our client was unable to respond properly, we believe the inspector breached the common law.

“The judge who granted permission, also provided our client with an Aarhus environmental costs cap. This is an important step forward not only for our client but also other groups campaigning to protect the environment.”