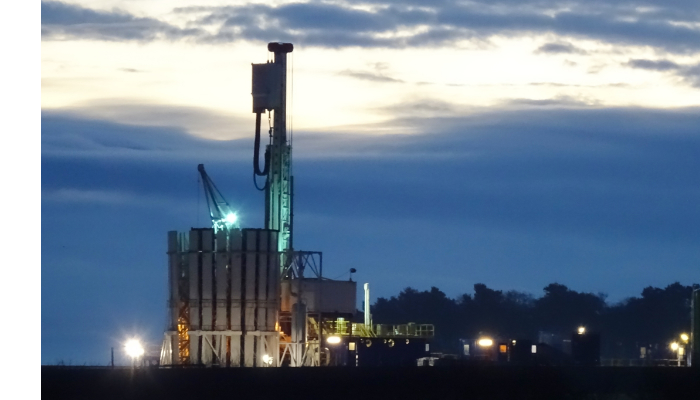 The shale gas company, IGas, confirmed this evening that its Tinker Lane well near Blyth in north Nottinghamshire had failed to discover the primary target, the Bowland shale formation.

A statement to investors, issued at 5.43pm, said drilling at Tinker Lane had reached the total depth (depth at the bottom of the well) “significantly ahead of schedule”.

But while the well encountered a shale interval, the statement said:

“The shales encountered did not include the primary target, the Bowland shale.”

“Whilst the results of this well will help calibrate our geological models of the region and has demonstrated further improvements in drilling performance, we are naturally disappointed not to have encountered the Bowland Shale.”

The statement said IGas would now “conduct a comprehensive logging programme of the well”. This would be crucial, the company said, to “understanding the geological setting and help to refine our basin modelling”. The results would also satisfy the work programme obligation on the licence, IGas said.

In its planning application, IGas said it would drill the vertical well at Tinker Lane to a maximum depth of 3,300m, to target the Bowland shale and Millstone Grit geological formations and take multiple core samples. The Bowland shale had been estimated at a depth of 1,690-1,760m.

The company is expected to move on next year to its other site in the area, at Misson Springs, where it has permission to drill two exploration shale gas wells.

“The outcome of this exploration well does not change our view on the prospectivity of our next target well at Springs Road, where we believe a thick section of shale is present due to its more central location in the basin and which we expect to spud in the first quarter of 2019.”

The IGas statement came after trading ended for the day. IGas shares closed up 2.1% at 89.41p.

Tinker Lane has seen ongoing protests by opponents of shale gas exploration. Last month, a man and a woman locked themselves together outside the gate for 81 hours. They were arrested on suspicion of obstructing the highway. DrillOrDrop

Last week, IGas succeeded in renewing injunctions against protests at Tinker Lane and Misson Springs and another site at Ellesmere Port in Cheshire. DrillOrDrop report

The Ellesmere Port site is the subject of a planning inquiry, beginning next month. Today, the campaign group, Frack Free Ellesmere Port and Upton, which is participating in the inquiry, released its evidence on the effect of the development on greenhouse gas emissions and climate change. DrillOrDrop report