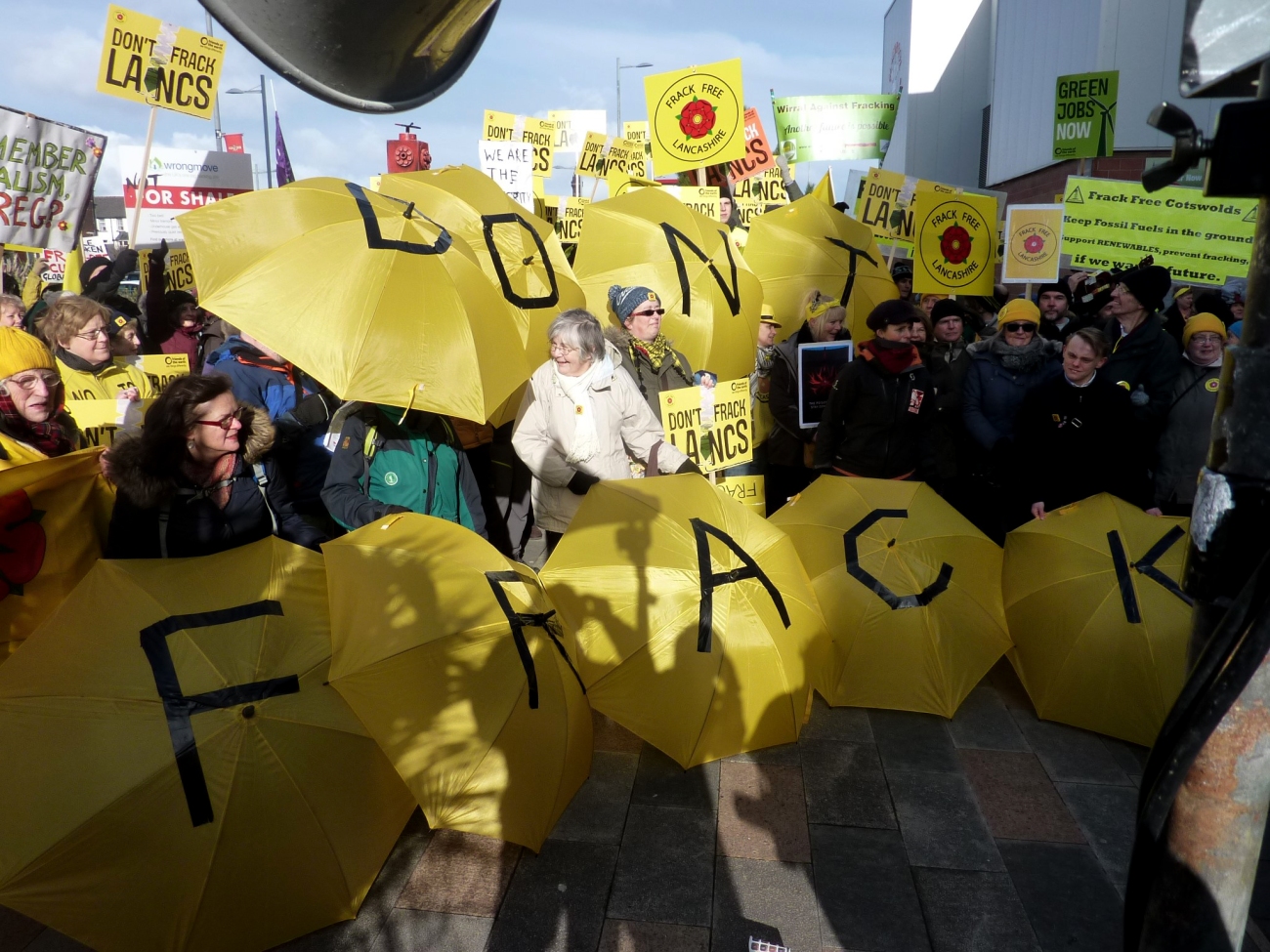 Opponents of Cuadrilla’s plans to frack at a second site near Blackpool were celebrating this afternoon at the government’s decision to refuse permission.  Full Details

The local government secretary, James Brokenshire, announced at lunchtime that he was refusing planning consent on highway safety grounds for drilling and fracking at Roseacre Wood.

“We are absolutely delighted that at last the government is listening to communities and recognises the inherent unsuitability of Roseacre Wood and the surrounding roads for heavy traffic.

“This application was rejected at every level by over 90% of local residents, seven town and parish councils, twice by Fylde Borough and Lancashire County councils, by the original Planning Inspector and even two local conservative MPs!”

“Over 13,000 people objected to the original plans. Our community has spent five years, thousands of hours and tens of thousands of pounds, producing evidence supporting Lancashire County Council’s decision to refuse planning permission.

“This has caused considerable stress and anxiety, residents have shown great determination and resilience in trying to protect their communities.

“At last our community can relax.”

“We are still very concerned about this government’s intention to push fracking on unwilling communities and we will do whatever we can to support other communities faced with this threat.

We sincerely hope that Cuadrilla will respect the decision of the second Planning Inspector and the Secretary of State and will not attempt to challenge this decision. If the company does, it will meet fierce and sustained opposition.

“Fracking is not wanted and not needed. It is neither safe nor sustainable. There is no social license and communities will not be bought.”

Jules Burton, who lives in Roseacre, told DrillOrDrop this afternoon:

“I am not in the slightest bit surprised that the government has decided to refuse this appeal. It is the only decision that makes sense.

“As residents who know these local roads, we have been saying for the past five years that the routes are not satisfactory.

“The decision by the then secretary of state, Sajid Javid, to reopen the inquiry showed his ignorance of what he was speaking about.

Mr Burton mounted an unsuccessful legal challenge in 2017 to the reopening of the public inquiry. He added:

“We are delighted at this news.

“It is fantastic for local residents. But we are disappointed that it has taken five years to reach this decision, five years of our lives that have been blighted by the prospect of this industry being imposed on the community in a totally unworkable way.”

“Preston New Road Action Group are delighted that permission has been refused for the Roseacre Site. No community should have to put up with the disruption and anxiety that has been suffered by the residents of Preston New Road for the last two years, so it is great to hear that Cuadrilla will not be progressing a second site.”

Jamie Peters (speaking left), campaigner for Friends of the Earth, said this afternoon:

“This is fantastic news that will come as a huge relief to Roseacre residents. It’s also a triumph for the tireless campaigners who have worked long and hard for this outcome.

“But many other communities across England are still faced with the threat of fracking so the government must also listen to them and accept that this industry is completely unviable.

“With scientists warning that there is so little time left to get on top of climate change, it’s clearer than ever that the future lies in clean, renewable energy.”

Full details of the refusal