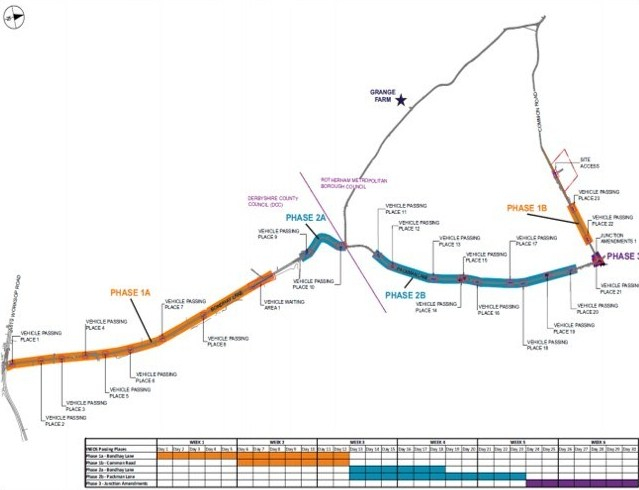 The company needs to close the roads to build 23 passing places on the lorry route to the site at Common Road.

The passing places were discussed during a public inquiry into the scheme and approved by a planning inspector in June 2018. But the road closures were not raised during the six days of hearings.

Villagers and local councillors have objected to the proposals. They said the effect would be to divert non-site traffic past the school and through the centre of Harthill.

The road closures are the latest in a series of traffic management proposals put forward by Ineos to tackle the challenges of narrow roads around the Harthill site.

Originally, the company suggested a one-way system for its heavy goods vehicles. This was rejected as unsuitable by Rotherham council highways officers.

Ineos then proposed road closures using traffic control orders. This was again rejected by the council because there were businesses on the affected roads.

The final scheme, published in the weeks before the public inquiry, proposed increasing the number of passing places from six to 23 and introducing stop-go boards on two sections of the lorry route.

Under the conditions of the planning permission, Ineos must agree a traffic management plan with Rotherham Council.

The company sent the council an “enhanced traffic management plan” dated April 2019 and then another, almost identical version, dated May 2019.

It proposed five phases of work, scheduled to last a total of six weeks, and affected three roads. The roads would be closed from 8am-6pm, Monday to Friday, and would be open at weekends. Part of the route is in Derbyshire. 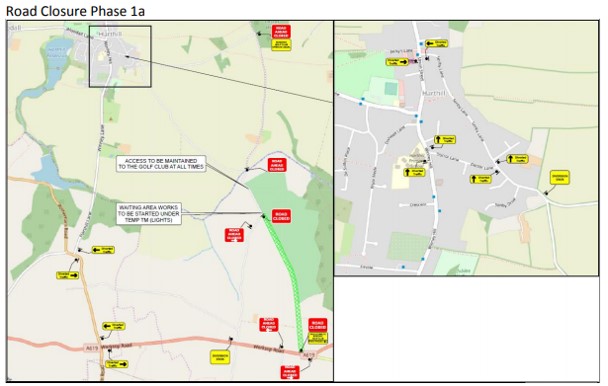 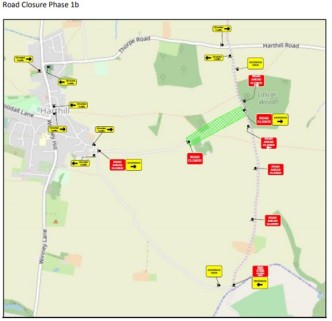 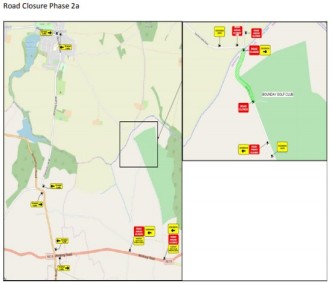 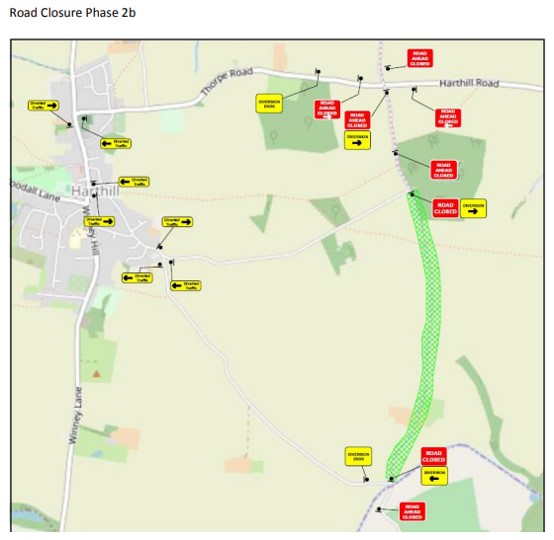 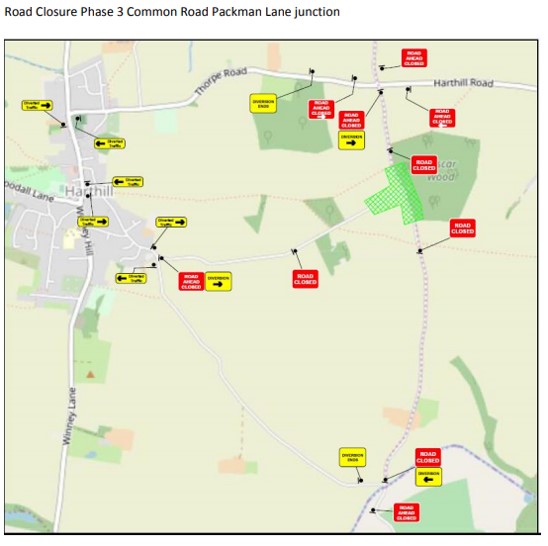 Ineos promised to inform landowners and businesses on the route and the emergency services would be kept up-to-date. The company said it would ask Harthill Parish Council to assist in keeping the community informed. Ineos representatives would also liaise with the neighbouring Thorpe Salvin Parish Council.

Rotherham Council is now consulting on the proposals. DrillOrDrop understands comments should be sent to the council by 1 August 2019. But the consultation is expected to remain open until the final proposals are agreed between Ineos and Rotherham’s planning department.

Harthill Against Fracking, which opposed the Ineos scheme at the public inquiry, said the road closures had not been part of the original application or the granted permission and would cause more problems than they solved.

Ineos had said its operations would not affect Harthill. But opponents of the closures said they would cause traffic congestion in Harthill and Thorpe Salvin.