Updated: Cuadrilla to seek another 18 months to drill and frack at Lancashire shale gas site 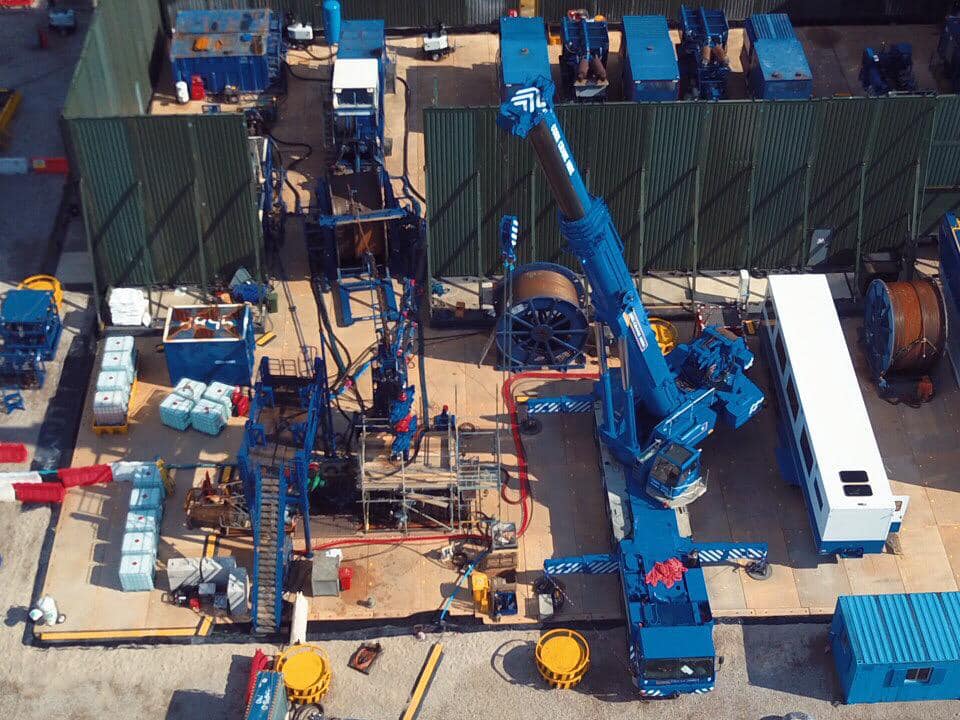 Cuadrilla confirmed today that it would be seeking more time to drill and frack at its Preston New Road shale gas site near Blackpool.

In a letter to people living nearby, the company said it would be applying to change a condition of planning consent on the duration of operations.

One resident has already criticised the company for a failure to estimate accurately how long work will take. 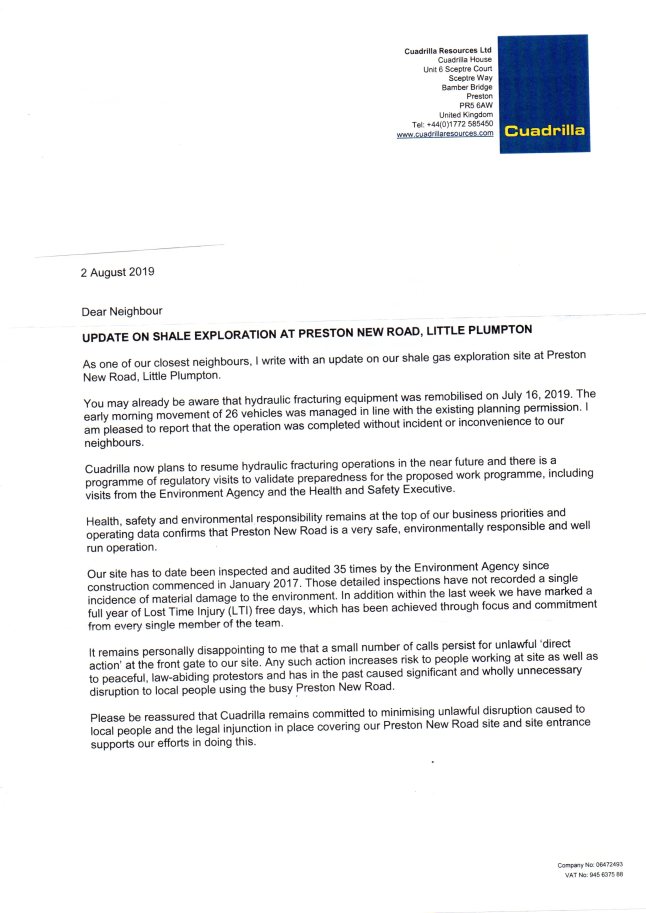 Condition 2 of the consent allowed 30 months for drilling and fracking the four shale gas wells permitted at the site.

Cuadrilla and Lancashire County Council agreed that the deadline for this work would be the end of November 2019.

So far, the company has drilled two wells, known as PNR-1z and PNR-2. It also partially fracked and tested PNR-1z from October-December 2018.

Fracking is due to start imminently on PNR-2. Cuadrilla has said it expects this work to be completed by the November 2019 deadline.

But the company has not yet drilled or fracked the remaining two permitted wells. It could also refrack PNR-1z.

The letter to residents said there were no plans to change the permitted operations at the site:

“Our proposed variation would seek to allow additional time for drilling and hydraulic fracturing operations but not to change either the existing approved work scope to drill and hydraulic fracture up to four wells at PNR or the requirement for the site to be decommissioned and restored by April 2023.”

The letter did not state how much more time Cuadrilla would be seeking. Nor did a company press release issued on Monday 5 August.

DrillOrDrop asked Cuadrilla for information on how much time the company was seeking. The company responded on Tuesday 6 August that it would be seeking 18 months.

A local resident, who received the letter, said:

“Has the local community not already suffered enough? Now Cuadrilla want to extend the timescales of their intrusive operations.

“Yet again Cuadrilla are demonstrating that they are not able to estimate their tasks accurately. We anticipate that this will be the first of many such extensions. They have spent the last seven months doing very little. Why should the community be inconvenienced as a result?”

Lancashire County Council’s head of planning and environment, Andrew Mullaney, told a DrillOrDrop reader that Cuadrilla would need to make a section 73 application to vary the condition on duration of work. He said:

“This will be managed in the usual way with submission of a planning application and an accompanying environment statement submitted under the normal planning act requirements; and will involve the usual  public and statutory body consultation together with determination by the County Council’s Development Control Committee.”

This is the second formal application to change the planning consent for Preston New Road. In December 2017, Cuadrilla was allowed to bring in night-time deliveries. There have also been multiple updates to the traffic management plan and four applications to vary the substance of the environmental permit.

Last week, the Environment Agency approved the hydraulic fracturing plan for PNR-2. This is intended to set out measures to limit the extent of fractures, maintain well integrity and protect groundwater.

But last month, the community group, Preston New Road Action Group, sent a lawyer’s letter to the Environment Agency about its concerns with the plan. It said there were “serious and fundamental errors” in Cuadrilla’s interpretation of local geology.