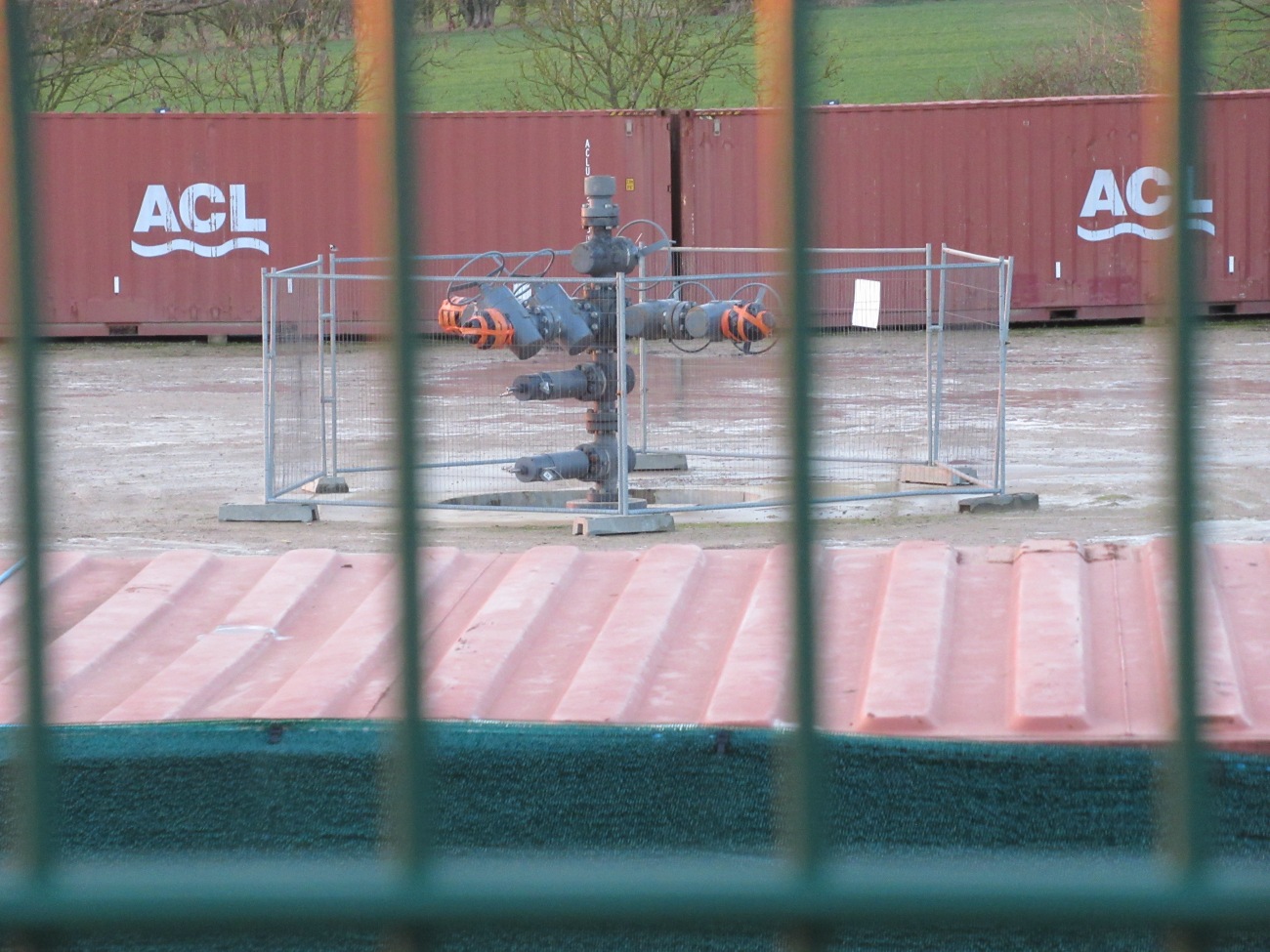 North Yorkshire County Council is deciding whether to allow the company to continue work for another 17 years at wellsites at Kirby Misperton, Marishes, Malton and Pickering. The company also wants to extend the life of its local gas pipeline network.

The sites include the KM8 well that Third Energy got permission to frack in 2016. But the meeting at county hall in Northallerton is not discussing any requests to frack.

There have been objections from Ryedale district council, surrounding parish councils, members of the public, Frack Free Ryedale, Friends of the Earth and Yorkshire Wildlife Trust.

Their reasons included climate change, conflict with planning policy, impact on air quality, harm to wildlife, threat to water quality, unacceptable noise, high levels of traffic, industrialisation of the countryside and damage to the local economy and tourism. There were also criticism of the extension time period, outdated infrastructure at the sites and low levels of gas production.

County council planning officers have recommended that all of the company’s eight planning applications should be approved with extensions to the sites to December 2035.

These are news updates reported live and are not an official or verbatim record of the meeting of the council’s planning committee. Please let us know if you spot mistakes or feel we have misrepresented evidence.

Reporting from this meeting has been made possible by individual donations by DrillOrDrop readers.

Key points from the meeting

“This is disappointing for Ryedale and the UK as a whole.

“Approval for another 17 years of extraction is a clear signal to the companies that its ‘business as usual.’ I wonder how long it takes for one of the big boys to come in.

“In 17 years time I would have hoped that we had kicked fossil fuels out of Ryedale.

“Some of these sites have come to the end of their ‘conventional life’ and prior to these approvals were required to be returned to original condition. now the company has got away with not doing it fro nearly 2 decades!

“We now have the uncertainty of more applications hanging over our heads, a potential situation of stranded assets with the costs of decommissioning of the sites landing on the tax payer or landowner.

My real disappointment? NYCC have enabled fossil fuels to be dug out of the ground, contributing to the climate emergency that is engulfing the planet.”

11.40am Vote on KMA wellsite extension

Members vote to be minded to approve. No votes against.

11.36am Discussion on more time for KMA wellsite extension

Vicky Perkin says Friends of the Earth had objected to this application.

There were also objections from Ryedale District and parish councils,she says. Technical consultees did not object, Ms Perkin adds.

11.34am Vote on Marishes wellsite

Members vote to be minded to approve. No votes against.

11.31am Vote on Pickering wellsite

Members vote to be minded to approve. No votes against

Members vote to to be minded to approve. No votes against.

Members vote unanimously to to be minded to approve

11.15am Vote on pipeline network

Members vote unanimously to be minded to approve

Members vote to be minded to approve the extension.

11.08am Discussion on Kirby Misperton B

Planning officer Vicky Perkin says there were objections by Ryedale and parish councils and the Yorkshire Wildlife Trust but not from technical consultees. The recommendation is to vote to be minded to approve.

11.05am Vote on Kirby Misperton A site

Members vote by 10 to 1 to be minded to approve.

Ms Perkin says there are some changes to conditions that would be imposed if the application were approved.

These include the requirement of a dust management plan. The definition of “minor workover” operations requires less than 20 days and has a limit on the number of lorry movements.

10.52am Debate on the applications

Cllr Eric Broadbent says he is perplexed there is a need for gas over the next 17 years. We are told one thing by the media and something different from the company, he says.

The committee chair, Peter Sowray, (left)says the UK will need gas for many years.

Cllr Peter Blades says most of the objections raised are not planning issues. We can only rely on planning guidance. There are things said this morning that we can bear very little weight on.

Cllr John McCartney (right) says electricity generation from gas is not good for the environment and an inefficient use of the gas. It would be better to use the gas to heat homes.

The meeting is urged to support the application and be “minded to approve”. Cllr Blades supports the motion. There have been no formal objections, he says.

10.46am Questions from councillors

The meeting is asked whether a well drilled to a greater depth could later be used for fracking.

Ms Perkin says the applications are just for conventional operations. Fracking would need a further application, she says.

Cllr John McCartney asks who would pay for restoration of the sites. Ms Perkins says the Oil & Gas Authority seeks insurance to cover restoration. She says what happens underground and what the council is responsible for on the surface, which is subject to conditions.

Cllr David Blades (left) asks about national policy on maximising the quantity of gas. Ms Perkin says gas is of national importance. The companies have obligations to explore and appraise the gas underground. There are permits and conditions from other regulators that the company must comply with.

Ms Perkin goes through the applications. They cover the following sites:

She says there were objections from parish councils and Ryedale District Council. Technical consultees had not objected to the applications.

Ms Perkin says the impact of the applications on hydrogeology, landscape, ecology and traffic had been examined and there had been no objection.

The meeting was recommended to approve the application with a “minded to” decision.

Well Done to Kitti and Jack of @Third_Energy who have completed their #Apprenticeship in #Engineering after 4 years of hard work pic.twitter.com/juqHhELj80

Shaun Zablocki (pictured in tweet above) is a director of Third Energy.

He says Third Energy has been working in the Ryedale area for more than 20 years. It employs local people and runs an apprenticeship scheme.

The gas is used to generate electricity, he says. The company has no interests outside North Yorkshire and has no plans for fracking.

Employment in the company has fallen in the past year from 20 to 11 because of uncertainty, he says.

He says the applications comply with local and national planning policy and there have been no objections from statutory consultees.

Gas has a key role to play in the next 30 years so the proposals to extend the life of the wells and pipeline are still necessary and relevant.

The rise of electric cars will not reduce the demand for gas. 40% of electricity is generated from gas. Imports will increase, with a greater proportion from the Middle East, he says.

Gas wells have already been drilled in Ryedale and the gas can be extracted, employing local people, he says.

The applications would contribute to UK energy security and support local businesses. 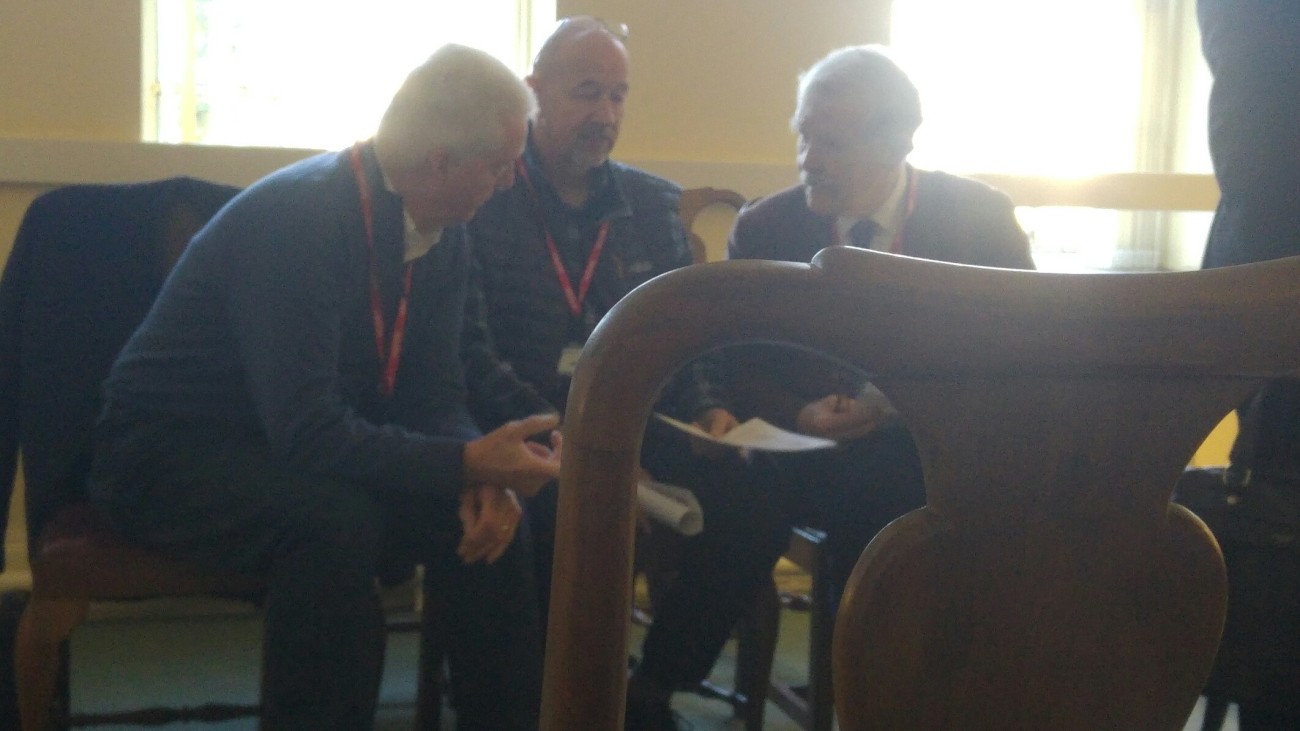 The story of gas exploration in Ryedale is one of repeated technical failure, Mr Tucker says. There have been repeated changes of ownership and operator.

The latest owner, Alpha Energy, says it has experience of undeveloped resources in overlooked conventional fields and potential unconventional upside. From the number of wells drilled over the years it is not clear which well fits which category, Mr Tucker says.

“Previous six operators have failed to extract any or sufficient gas to generate a return on the investment required to drill the wells. All these failures have been for the same underlying reasons, excessive amounts of water leading to rapidly declining gas flow and poor recovery.”

All the Malton wells have been inactive since 1985, he says. The Pickering wells provide the vast majority of the gas from the Ryedale field.

“To grant these extensions when there are no proposed development plans for the sites is tantamount to rewarding the failure to carry out the previously proposed work with yet more time to do what exactly?”

Mr Tucker says there should be a detailed and fully costed set of development plans for each site. The local community and authority should be fully informed about the intentions of the applicant.

“People living in Kirby Misperton who want to sell their property would be required to declare this excessively long extension to the KMA site with no ability to state when any development might occur or not.”

This would also be situation at all four Malton wells, he says.

“With no activity in over 30 years, either a clear development plan should be submitted or the site restored.

“Any gas produced has to go to the Knapton Generating Station. The turbine is over 20 years old and may be the most inefficient and most polluting one of its kind still in existence in the country.”

He says permission should be granted only to the date by which the Knapton generator ceases operation.

Mr Tucker says Frack Free Ryedale believes that at Kirby Misperton the applicant could be seeking a time extension to target an entirely different formation at a significantly greater depth. They should bring forward a new application with a full development plan, he says.

Third Energy says the emissions constitute 0.1% of the UK oil and gas industry and so can be regarded as negligible. But he says:

“Ignoring the effect of these applications and the next 999 similar ones nationally leaves us exactly where we are today, continuing to increase the greenhouse gas concentration in the atmosphere.” 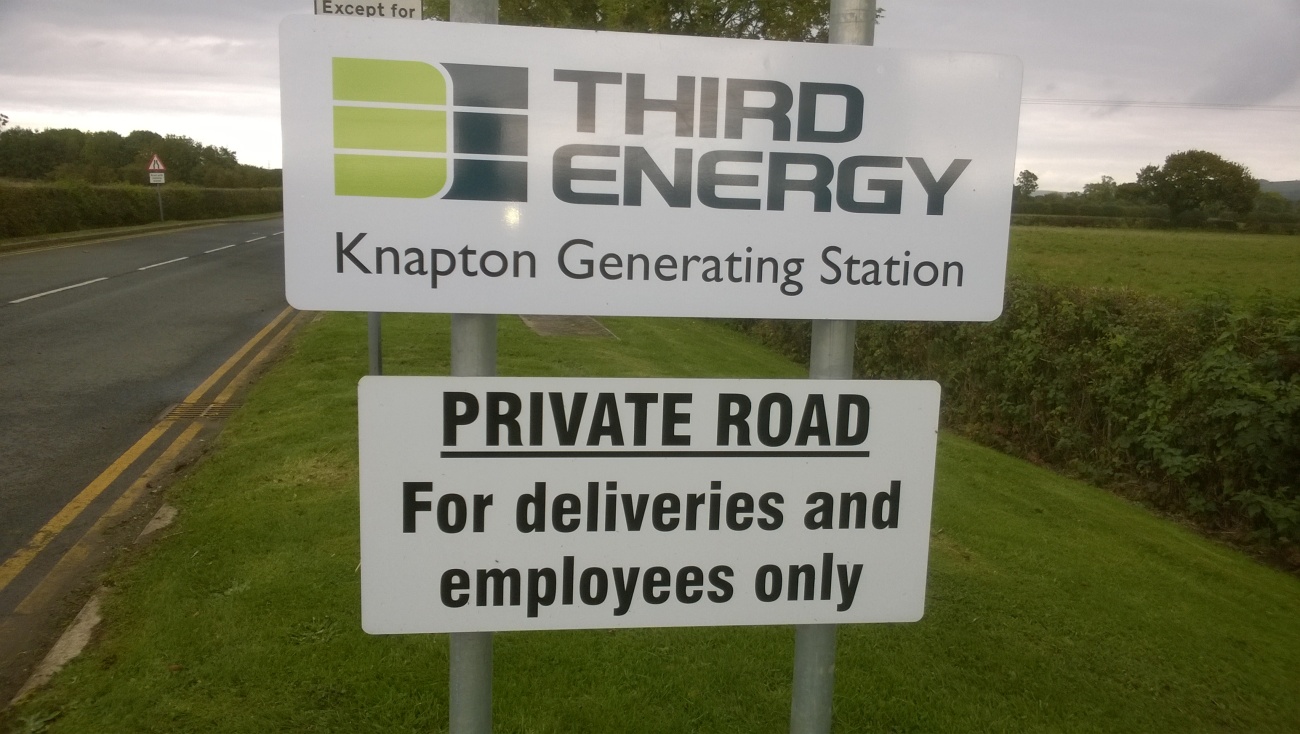 Knapton Generating Station, the destination for all the gas produced in Ryedale. Photo: DrillOrDrop

Peter Allen says he is speaking for Hazel Winter in opposing the applications.

Mr Allen says “there are so many unsatisfactory elements of the Kirby Misperton well site”.

The application seeks a 17-year extension. That is longer than some people will be alive, he says. That is 17 years of uncertainty.

He says the increased depth of drilling at the site requested would reach the Bowland Shale.  He says he can’t see the need to drill to this depth if the company is interested only in conventional gas.

There should not be a blanket extension for all the wells in the Ryedale district,Mr Allen says. Some sites have not produced gas for many years. They should not be included.

The company would need to invest in new technology at Knapton Generating Station.

On climate change, Mr Allen says planning authorities are required to take a proactive approach to adapting to climate change. The Oil & Gas Authority chairman warned last week that the industry must reduce its emissions. Where is the evidence of this in this application?, Mr Allen asks.

We already have a secure gas supply if it is needed to make hydrogen, he says. Ryedale is a tiny proportion of UK gas supply.

Yorkshire was not immune to the effects of climate change, he says. At some point, this issue may be taken out of our hands and then questions would be asked.

“Future generations may be asking us what we did for climate change. The sensible answer would be to say don’t allow this application.”

Members decide to hear the submissions on the eight applications.

The meeting can still hear the submissions but the decision would have to wait until after the direction from the Secretary of State. 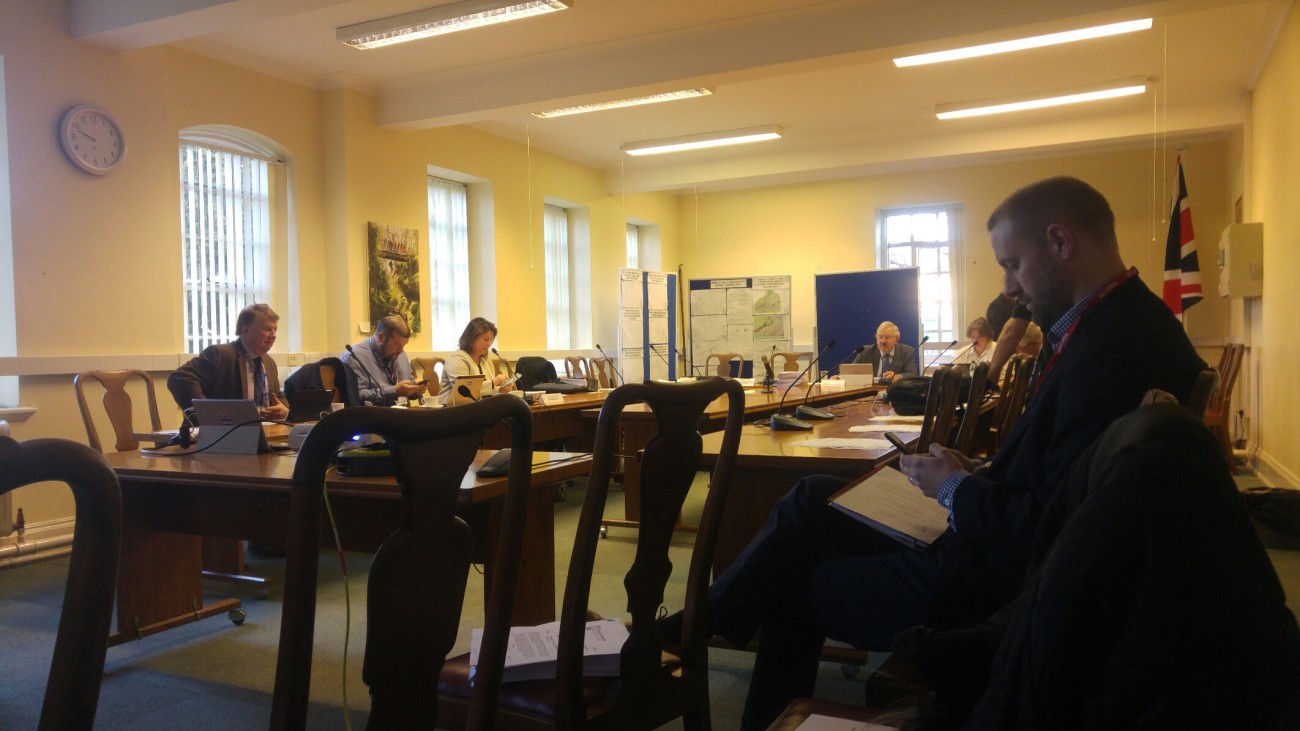