Vibroseis machines or thumper trucks used by Ineos in the East Midlands for seismic testing. Photo: Used with the owner’s consent

In this guest post, Frank Colenso explains how a legal opinion has challenged the shale gas industry’s claim that it has power to access private land for exploration. The industry has simply been bluffing, he argues.

Even in the good times, the fracking industry in the United States of America was unprofitable. Too much borrowing and not enough income, never mind perpetuating climate change, extracting more fossil fuels and decimating the countryside.

Two years ago, Yorkshire Landowners was quick to support the National Trust for resisting an approach from INEOS to access Clumber Park, in Nottinghamshire, for seismic survey as a prelude to shale gas development.

Yorkshire Landowners subsequently instructed its own counsel to provide an opinion on the probability of a Petroleum Exploration and Development Licence holder acquiring a compulsory right of access through court action.

The Oil and Gas Authority helpfully provides guidance for licence holders to make such an application but notably fails to provide a similar level of guidance for the benefit of landowners unwilling to grant the access needed. 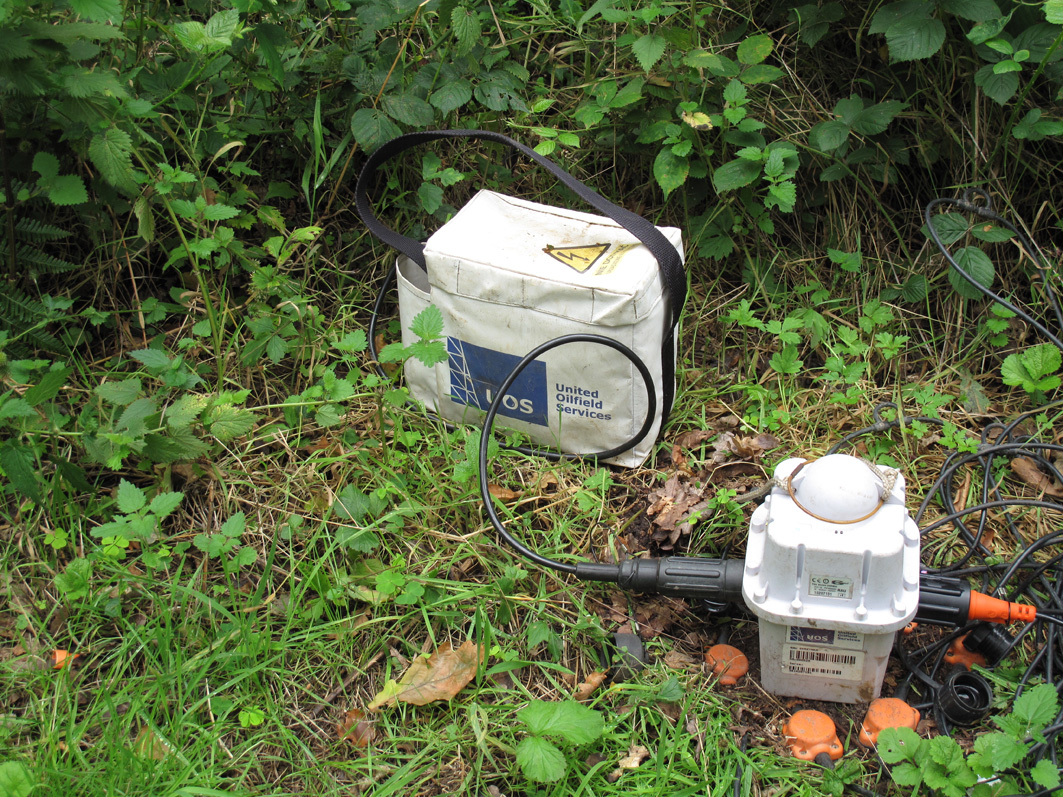 Battery and RAU equipment used for seismic testing by Ineos in the East Midlands. Photo: Used with the owner’s consent

Asked about access arrangements in May 2017, the then newly-appointed Commercial Director of INEOS Upstream, Lynn Calder, while conceding that a number of landowners were refusing permission even for seismic survey, warned:

“It is important to note that we do have some powers and at some point if we feel that there are areas which we are just not accessing then we will seek to use those powers.”

Nine months later, in February 2018, her attitude had hardened. After INEOS had begun its legal proceedings against the National Trust, she went further: “We are using powers which prevent landowners from blocking projects”.

And at the end of the same year, in December 2018, after the National Trust had withdrawn its resistance, INEOS’s Chief Operations Manager, Tom Pickering said:

“We are pleased that …… the Trust has now recognised our legal right to survey land”.

The legal opinion obtained by the Yorkshire Landowners, challenges this level of certainty.

We believe it wanted to give the impression that a demand to a landowner for access could be dealt with in two ways.  Either by voluntary consent – or by court action.

In effect, it was implying that ‘We are coming onto your land’.  A voluntary agreement would result in modest payment: a compulsory right of access achieved through court action would not.

Furthermore, the industry warned that not only would a landowner be certain to lose a court action but would end up paying all the legal costs. And as if that wasn’t bad enough, a landowner would later receive only token payment for the compulsory right of access being so difficult to obtain.

“The holder of a Petroleum Exploration and Development Licence has the legal right to extract gas in a particular area, but this does not include a right of access to land – any more than it gives consent for all the other permits required before operation can commence.   Here at Castle Howard, we think it entirely reasonable to refuse access to an industry that would harm the peace, quietness and environmental integrity.”

“The purported rights extended to a licence holder under the Petroleum Act 1998 amount to no more than a procedural framework to apply for access.  This framework fully recognises the authority vested in a landowner to decide who comes onto his or her land.  The Act could not be clearer –

“‘Nothing shall be construed as conferring … any right (to the licence holder) which he does not enjoy …. to enter on or interfere with land’.

“The shale gas industry has simply been exaggerating its power to gain access to land by using the courts.”

Provided a landowner has engaged with a licence holder, a reasonable refusal to grant access would be a robust and effective defence to any court action seeking to enforce access.

Yorkshire Landowners hope others who care for the natural environment will not be frightened into granting access for shale gas development, as the political opinion, too, is clear.

This government was elected on a manifesto commitment that they “would not support fracking unless science shows categorically that it can be done safely”.

There are enough Conservative MPs who do not believe this to be the case to negate the government’s majority. When those who would principally be affected and those who have the power to affect that result are on the same side, there is little that those who wish it otherwise can do.

DrillOrDrop has invited Ineos to comment on this article