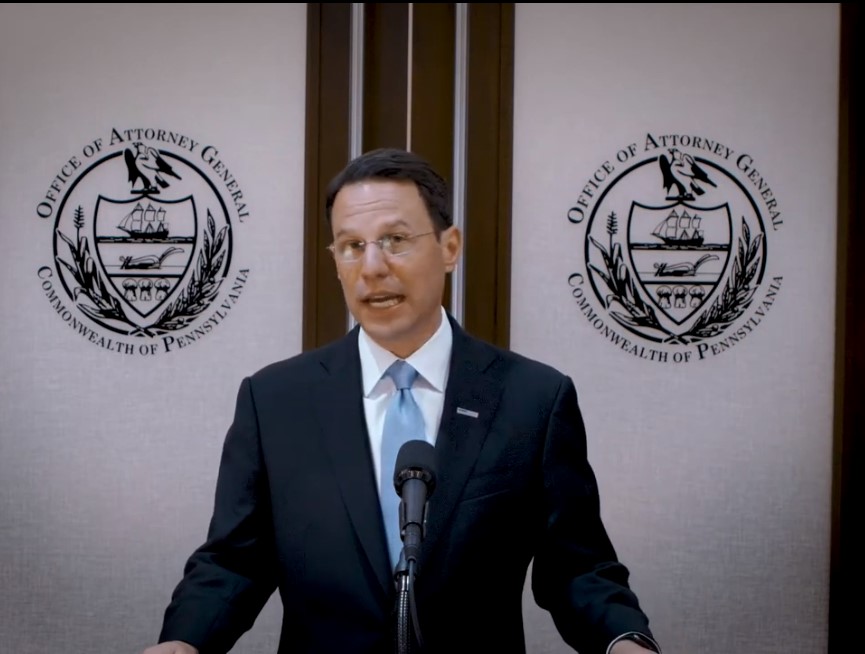 Cabot Oil & Gas faces 15 charges after the investigation concluded that the company’s activities were responsible for methane pollution, described in the film, to the water supply in Dimock, in Susquehanna County, Pennsylvania.

Gasland, directed by Josh Fox and nominated for an Oscar, was an early rallying point for the anti-fracking campaign in the UK and north America.

It was accused by fracking supporters of exaggeration, contradictions, inconsistencies, falsehoods and debunked anecdotes. Cabot Oil & Gas said the methane in Dimock water was naturally-occurring and not the result of its operations.

“Profit over our laws”

“The grand jury presentments prove that Cabot took shortcuts that broke the law, and damaged our environment — harming our water supply and public health.

“They put their bottom line ahead of the health and safety of Pennsylvanians. The Grand Jury repeatedly found evidence of a company that placed profit over our laws.”


In a video statement, Mr Shapiro said this was the first stage of a long legal process and more criminal charges would follow:

“I am here … to remind those fracking companies that the people of Pennsylvania come first. Our right to clean air and pure water comes first.

“If it’s against the law, and it hurts Pennsylvanians, we’re here to stop it — no matter how powerful or well-connected you are.”

Mr Shapiro said his department had filed charges against Cabot on:

He said the grand jury heard testimony from several residents in Dimock and surrounding townships that they had suffered from the environmental hazards associated with repeated methane exposure.

A water well exploded and residents noticed their water was cloudy, brown or contained black specks. A former Cabot employee held a match to a jug of water from his own water supply and it caught fire. Another resident stopped drinking his own water and had to make a 14-mile round trip for alternative supplies. The problems had continued for a decade, according to the grand jury evidence.

These were not technical violations, Mr Shapiro said, and the company had denied that its operations could contaminate water:

“[It] failed to acknowledge and correct conduct that polluted Pennsylvania water through stray gas migration.

“Cabot continues to abdicate their responsibility to our environment and to the safety of our residents.”

But he said Cabot did not test its own samples for methane.

“As the grand jury presentment shows, Cabot’s failure to test its pre-drill samples for methane eliminated the ability to establish a baseline for properly assessing and addressing the problem of stray gas migration.

“In essence, if they didn’t test their samples there would be no proof that they were contaminating nearby supplies.”

Pennsylvania’s Department of Environmental Protection reviewed 10,615 water samples collected by other operators in Susquehanna County which did test for methane. These included samples for 12 drinking supplies in Dimock township.

“All 12 of these sampling locations demonstrated excessively high methane levels. In fact, the highest reading was a level far exceeding the point at which gas filled water can literally explode.”

Cabot said it would respond once it had fully reviewed the charges, but it valued “community commitment and environmental compliance.”

In a written statement, the company said:

“Cabot will continue to work constructively with regulators, political representatives, and most importantly our neighbors in Pennsylvania to be responsible stewards of natural resources and the environment.”

Yesterday’s charges are just the latest development in the long-running legal case between Dimock residents and Cabot Oil & Gas.

Fifteen families filed a federal lawsuit against the company in 2009. Most settled out of court and signed non-disclosure orders.

In 2016 a federal jury found the company negligent for polluting water wells of two families. A court rejected the compensation award totalling $4.24 million a year later and the families settled.

A ban on Cabot drilling in a nine square mile area of Dimock continues.

Grand Jury Presentment in the case of Cabot Oil and Gas