Update to Timeline – September 2013 27/9/13 Cuadrilla leaves Balcombe Cuadrilla’s exploratory drilling site at Balcombe is cleared and Sussex Police scales down its operation. Superintendent Lawrence Hobbs says a few officers will remain in the area, mostly to ensure road safety. He acknowledges the policing operation will affect […]

Update to Timeline – September 2013 25/9/2013 Green MP Caroline Lucas is charged  following demonstrations against fracking at the Cuadrilla drilling site in Balcombe last month. A statement from the Crown Prosecution Service says Dr Lucas will face one charge under the Public Order Act 1986 and one charge of […]

Update to Timeline – September 2013 24/9/13 Police help Cuadrilla breach planning permission Sussex Police tells West Sussex County Council that lorries entering and leaving the Cuadrilla site at Balcombe this week will use different routes. This would be a breach of the company’s planning permission. In a […]

Update on Timeline – September 2013 19/9/2013 Anglers come out against fracking. The Angling Trust, which represents game, coarse and sea anglers in England says current environmental regulations aren’t good enough to deal with fracking. It urges the government not allow fracking unless sustainable supplies of water are […] 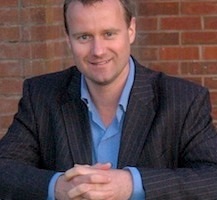