Opponents of fracking have welcomed yesterday’s announcement giving responsibility for onshore oil and gas to the Scottish government.

Leaked document reveals new drilling proposals in east Kent, as Canterbury opposes frack-free motion New plans for exploratory drilling at Tilmanstone in east Kent has been leaked to an anti-fracking campaign group. They came to light as councillors in Canterbury voted against a motion to make the district […] 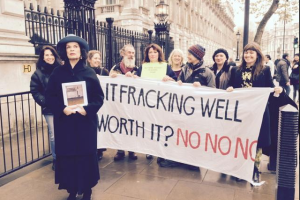 A statement from Lancashire County Council released within the past few minutes says there will be a new public consultation on Cuadrilla’s two planning applications for exploratory gas wells in the Fylde.

The former minister, Norman Baker, will call tomorrow for a shift away from fracking and towards renwables.