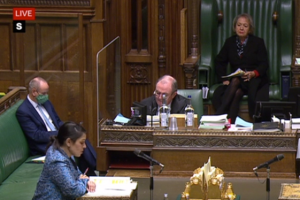 Government warned over “rushed and ill-judged” curbs on protest

MPs called on the home secretary tonight to abandon plans to give police greater powers to curtail the right to protest.

Final weeks of consultation on Scottish government policy against fracking

People have three more weeks to give their views on the Scottish government’s policy not to support fracking. 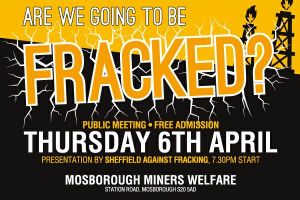 In this week’s listings: 20 meetings, protests, exhibitions and presentations. Please let us know (click here) if any of these details are incorrect or if other events should be included. Events listing for the rest of April and beyond here

In the past few minutes, councillors in Ryedale have voted against plans to frack near the village of Kirby Misperton. The district council ‘s planning committee recommended refusal of the scheme by Third Energy to frack its existing KM8 well. The vote was seven for, one abstention and […]

A majority of people attending a public debate on fracking in Lewes, Sussex, last night (October 7th 2013) opposed the technique for extracting gas or oil. A show of hands at the beginning and end of the event suggested a small number of people were undecided about fracking, […]