A campaigner will hear tomorrow whether the court injunction against fracking at Cuadrilla’s Preston New Road site near Blackpool will continue.

Live updates from Day 3 of the reopened public inquiry around Cuadrilla’s plans to drill and frack at Roseacre Wood in the Fylde district of Lancashire.

Live updates from the second of 10 days of the re-opened  inquiry into traffic issues around Cuadrilla’s plans to drill and frack at Roseacre Wood in the Fylde district of Lancashire. 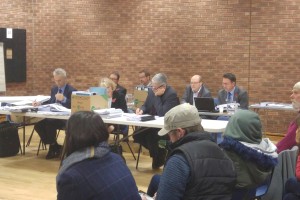 Live updates from the final scheduled day of the public inquiry into plans by Egdon Resources to produce oil from its site at Wressle in Lincolnshire.

Live updates from the final day of the Cuadrilla fracking inquiry

Live news as it happens at the last day of the inquiry into Cuadrilla’s fracking plans for the Fylde area of Lancashire. Check our Inquiry page for more information, posts and links. This is the 19th day of the inquiry, held at Blackpool Football Club. The inspector, Wendy McKay, will […]

What happens on the final day of Cuadrilla fracking inquiry?