Hull City Council came a step closer to adopting a policy against fracking this morning. 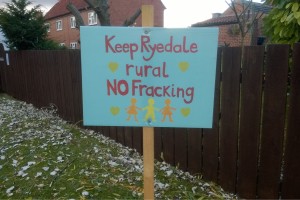 Anti-fracking campaigners are demanding clarification from North Yorkshire County Council about its investigation into objections to Third Energy’s planning application.

Former oil engineer, Ken Wilkinson, has made several complaints about anti-fracking material to the advertising watchdog, the Advertising Standards Authority. In this Guest Post, he describes what motivates his action.

Thoughts of a would-be fracker

Nick Grealy – who wants to frack shale under London – gives his views on the anti-fracking movement, the shale industry, the 14th licencing round and attractions of London

Guest Post: Balcombe and Beyond – the story of the UK frack free movement

In this guest post, author Martin Dale explains how he came to write his new book about the anti-fracking movement, what he learned and what he thinks will happen next.

Concerns over Magellan’s fracking plans at Horse Hill near Horley Anti-fracking campaigners handed out leaflets to commuters in Horley, Surrey, today to raise awareness of the nearby Horse Hill exploratory drilling site.

Thousands of opponents of fracking were among an estimated 0.5 million+ people who took part marches in more than 150 countries across the world demanding action on climate change.