DrillOrDrop’s digest of the past month’s news about fracking, shale and onshore oil and gas developments in the UK and around the world.

The government has announced it is abolishing the Department of Energy and Climate Change, which regulates some onshore oil and gas operations.

Opponents of fracking throughout Sussex have written to the government objecting to any extension of an oil exploration licence recently bought by one of the companies behind the Horse Hill well near Gatwick. 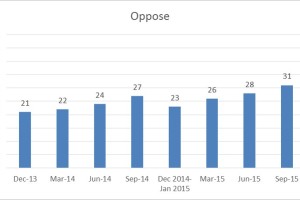 The latest findings from an ongoing government survey show the highest level of opposition to shale gas exploitation so far.

The RSPB warned today that nearly 300 Sites of Special Scientific Interest – home to rare plants and animals – have been included in the new oil and gas licences.

Opposition to fracking rises as people know more about it – survey

The more people know about fracking, the more likely they are to oppose it, according to the results of a government survey released today.

Drill Or Drop is pleased to post a newspaper article about shale regulation, which disappeared off the Telegraph’s website in under 24 hours. The article was found by one of our readers and is included here so that it can be restored to the web for all but the […]

The government has defended plans to introduce standard environmental permits for some oil and gas drilling operations. But anti-drilling campaigners spent the weekend preparing objections to the plans, which many regard as “one size fits all self-regulation”. One group said regulation of the onshore oil and gas industry […]