In this Fracking Week in Westminster In a debate on The Energy Bill, MPs discussed: Methane emissions and meeting carbon targets Local decisions on fracking planning applications The Scottish moratorium Falling oil prices and the viability of shale gas Also: the impact of fracking on the steel industry, […]

A small but influential group of people have changed public perception against shale gas, Cuadrilla’s commercial director told a committee of MPs this afternoon. Tony Carruthers blamed anti-fracking campaigners for what he called “ridiculous scaremongering” and said their propaganda had been “extraordinarily successful”. 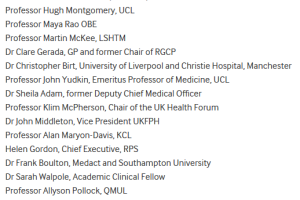 Eighteen leading UK doctors and medical academics have called for a ban on fracking.

Growing list of MPs calling for moratorium on fracking

Two groups of MPs from five political parties will call for a moratorium on fracking when the Infrastructure Bill is debated on Monday (January 26th).

UK government policy on reducing greenhouse gas emissions is unachievable, according to a leading figure in the fracking industry.

Alex Kirby, of the Climate News Network, reports on a new study which warns that fracking will not rescue us from climate change because increased production of gas and rising demand for it will result in higher, not lower emissions. The argument that fracking can help to reduce […]

28th June 2014 Transcripts of the last week of parliamentary debates and questions on fracking and shale gas and oil Michael Fallon says shale gas emissions likely to be lower than those from imported LNG or European gas With thanks to theyworkforyou.com