Eric Walton has been photographing the IGas shale gas site at Tinker Lane in north Nottinghamshire since construction work began in spring 2018.

The decisions on appeals on the IGas site at Ellesmere Port in Cheshire and Ineos plans for Woodsetts are likely to be more than six months away, it emerged today. 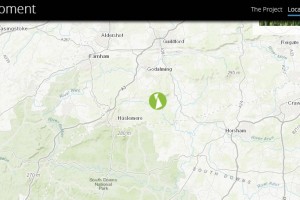 Residents of the Surrey village of Dunsfold received letters yesterday from a second company that wants to drill for oil and gas in their neighbourhood.