UK electricity will be 95% low carbon by 2030, with a “major acceleration of homegrown power”, the government announced tonight.

Opponents of fossil fuel developments in southern England have described the government’s climate criteria for future oil and gas licences as “inherently flawed”.

The would-be fracking firm, Third Energy, has been acquired by a renewables company, which plans to use old gas wells to generate geothermal energy.

Regulator promises “flexibility” on compliance and licences during coronavirus

The Oil & Gas Authority has said it is working with the industry during the covid-19 outbreak to safeguard energy supply and jobs.

An application for a licence to explore for shale gas in south west County Fermanagh has prompted questions and opposition among anti-fracking campaigners and local people. 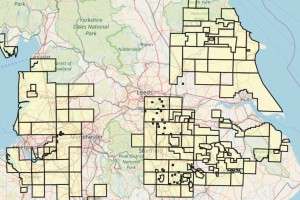