UK Oil and Gas has announced that a section of the reservoir at its Broadford Bridge oil well in West Sussex is “unproductive” because of low permeability.

The British Geological Survey has apologised after stating in a press release that Ince Marshes in Cheshire had been chosen as the site of a geological research centre after a consultation with local residents.

Updated 26 October 2017 with statement from Oil & Gas Authority and 17 November 2017 with document released by Surrey County Council Angus Energy has announced it will submit a planning application for a disputed oil well drilled in January this year.

The company preparing to frack for shale gas in Lancashire announced this morning it was applying for planning permission to test the flow of oil in its exploration well in West Sussex. 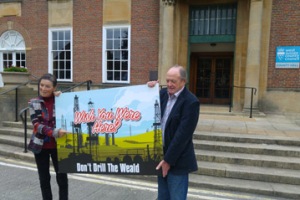