Opponents of shale gas have been demonstrating their support for the first men sent to prison in the UK for protesting against fracking. 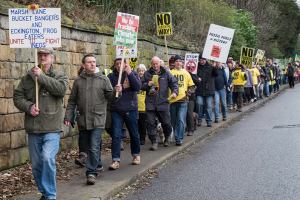 Photographer appeals against conviction for obstruction at anti-fracking protest

A photo-journalist who spent about five minutes at an anti-fracking protest in Bolton is to appeal against a conviction for obstructing the highway. 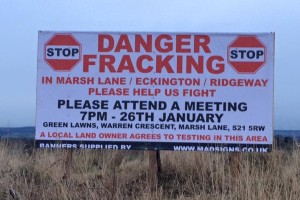 Campaigns hot up over fracking in the East Midlands

The campaigns for and against fracking are in full swing in the area south of Sheffield after INEOS announced it would be applying for planning permission for shale gas exploration.