Rathlin Energy announced today it had given notice of the start of activities at a new well site in East Yorkshire. 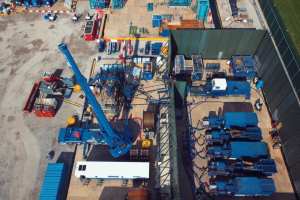