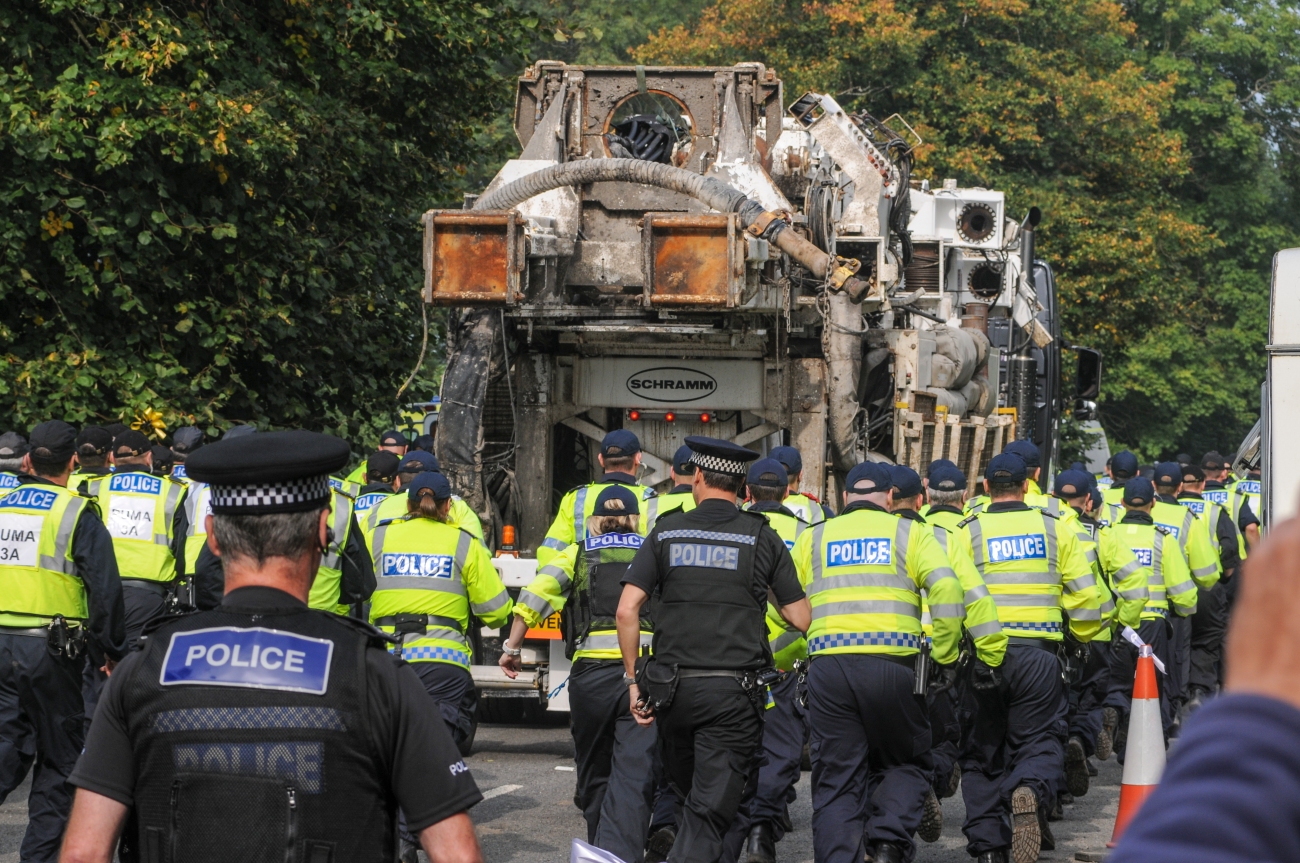 The company had applied in October 2019 for planning permission for a three-year well test at the site.

But it withdrew the application in May 2020 after planning officers recommended a refusal of consent.

In an updated webpage, Angus said:

“The company intends to return to the [Balcombe] site in Q4 2020 to recover remaining drilling fluids and carry out an Extended Well Test to prove up the commercial potential of the field.”

On 1 May 2020, a statement said Angus intended to submit an updated application for a shorter test within six weeks.

Progress at the Balcombe site has been slow.

The previous operator, Cuadrilla, secured planning permission for oil exploration in 2010. But drilling did not begin until summer 2013. Work was accompanied by daily protests. The planning permission expired before the company could carry out a flow test.

In April 2014, West Sussex extended the planning permission but no work was carried out and Cuadrilla later sought another three years to carry out a well test.

Angus Energy took over operation of the Balcombe licence in 2018 and began a seven-day flow test in September that year. That test again ran out of time when it encountered what was described as unexpected water.

In March 2020, planners recommended refusal of the most recent application, saying the three-year well test was “not in the public interest” and “not appropriate to the area”.

Saltfleetby production put back to 2021

The new webpage on the Saltfleetby gas field in Lincolnshire suggests Angus has revised its forecasts for when production will resume.

The company said it would be installing processing facilities and a short export pipeline extension to connect the field to the gas network. It said:

“Work is underway to complete these projects with the aim to bring the field onstream in early 2021.”

A presentation to investors from December 2019 (see below) had a production target of May-August 2020.

Brockham water injection and perforation “in near future”

Angus also updated what it said were plans for the Brockham production site near Dorking.

The company said it intended to inject produced water into the Brockham-3 well (Br3) to maintain pressure support in the reservoir and increase oil production. It added:

“The company is also evaluating the potential to perforate the BRX4Z sidetrack in the Portland Sandstone and isolate the Kimmeridge section to further increase the recovery of the remaining Portland oil pool.”

Angus said it hoped to have regulatory permissions to produce, inject and perforate “in the near future”.