Updated figures from Department for Energy and Climate Change (DECC) released this month show there are 84 oil and gas wells in East and West Sussex.

A few of them were drilled more than 100 years ago. Many never produced commercial quantities of hydrocarbons.

But what do we know about them? And could the sites be targeted by fracking companies looking for new places to explore and develop?

Numbers
Of the 84 wells on DECC’s list for East and West Sussex, 6 are classified as appraisal wells, including Cuadrilla’s wells, Balcombe 2 and Balcombe 2Z.

DECC classifies 47 as exploratory wells, including Balcombe 1, completed by Conoco in 1987.

A further 31 are classified as development wells. Of these 22 are at Singleton, 6 at Storrington and 3 at Horndean, all in West Sussex.

Locations
The map below shows the location of all the wells. In East Sussex, wells are clustered in the area around Heathfield, Crowborough and the Ashdown Forest and in the Pevensey Levels. In West Sussex, wells are distributed more evenly but with a cluster at Singleton.

Map of all oil and gas wells identified by DECC

To see an interactive version of this map click here. You can change the scale of the map and click on markers for more details of the well, including its dates, who drilled it and the licence area. The bottom right hand corner of the information box will tell you if there is more than one well at a location.

The maps below show development, appraisal and exploration wells. Click on the links for interactive versions of the maps. 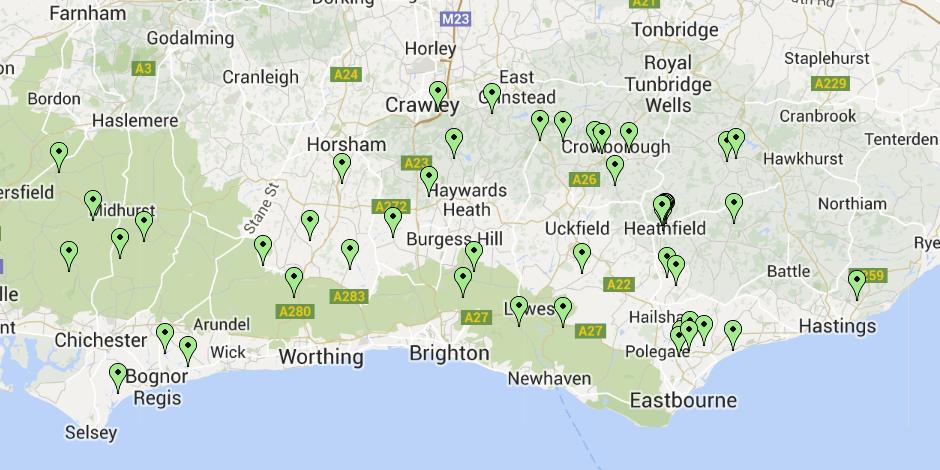 As the maps show, DECC classifies most of the sites in East Sussex as exploratory wells. The one appraisal well in East Sussex is Ashdown 2, which was completed in 1955 and is on Crowborough Common, close to houses. Crowborough Beacon Golf Club Ltd owns the site, which is in PEDL area 247, held by Cuadrilla Resources. More details

DECC classifies about two-thirds of the wells in West Sussex as development wells. But DECC and West Sussex County Council have different designations for some wells. Lidsey is classified as an active production well by the council but DECC says it is an exploration well. Markwells Wood (Forestside) is classified as an exploration site by the council but an appraisal well by DECC. The proposed well at Broadford Bridge, for which planning permission was granted in February last year, is not yet on the database. No decision has yet been made on applications at Fernhurst and Kirdford/Wisborough Green so they are also not on the database. 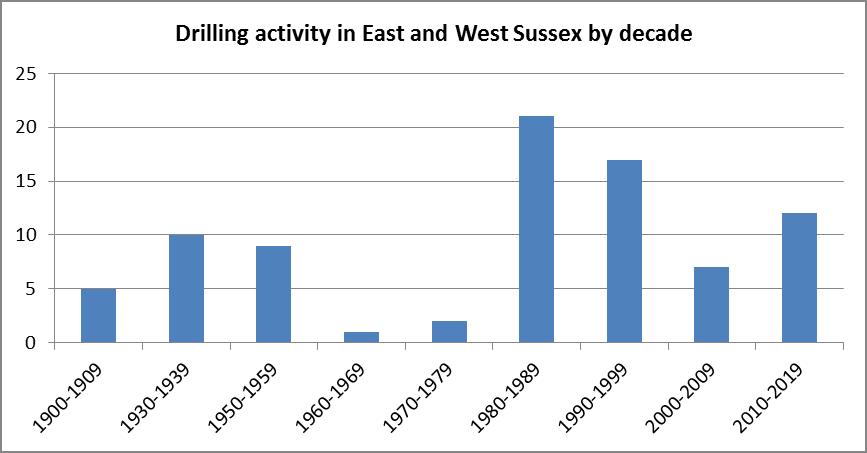 Will abandoned well sites be targeted by fracking companies?