Members of the campaign group, Frack Free Ryedale, welcomed the deferral of a decision on plans by Third Energy for a re-injection well at Ebberston Moor South.

The North York Moors National Park planning committee, meeting today in Helmsley, decided it needed more information before it could approve or refuse the company’s application.

Chris Redston, of Frack Free Ryedale, said this evening: “We are satisfied that the North York Moors Planning Committee have decided to defer the application to re-inject 2.3 billion gallons of radioactive waste water under the National Park.

“During the hearing it became clear that there were major deficiencies in the application, and numerous questions remained on issues such as effective mitigation measures, independent monitoring and the risk of water pollution, as well as many other environmental concerns that were made clear in the hydro-geologists’ reports before the Committee.

“It was gratifying to see that the Committee had done their homework on this application, and were evidently not convinced that this development could be done safely. The National Park has been given a lifeline, and the people of Scarborough, who get all their drinking water from directly under the proposed well-site, will be heaving a sigh of relief.”

Before the meeting, opponents of drilling and, in particular, hydraulic fracturing demonstrated outside the National Park Authority headquarters. One of the campaigners, Dave Marris, said local people wanted to make it clear that Third Energy was not welcome in the area. 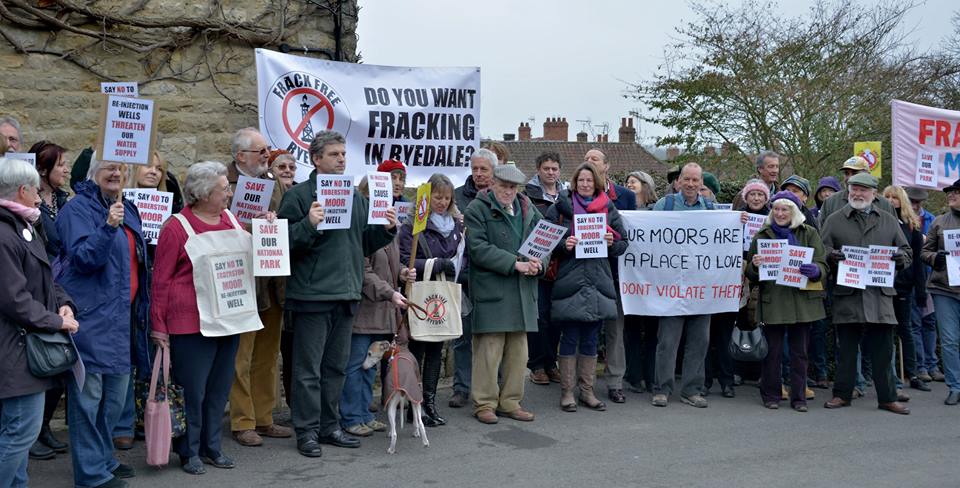 Third Energy already has planning permission for conventional gas production at Ebberston South. It also has a permit for waste water re-injection at another well site at Ebberston Moor, called Ebberston A, about 2.5 miles from Ebberston South. The company is also preparing an application for fracking outside the National Park at its existing well at Kirby Misperton.

This is the second drilling application to be deferred in the past week. On March 16th, East Riding of Yorkshire Council confirmed it had postponed a meeting to decide an application by Rathlin Energy for up two exploratory wells at West Newton, in Holderness, north of Hull.