In one of the final decisions of the parliament, MPs agreed that geological radioactive waste disposal should be a “nationally significant infrastructure project” under planning rules. From now on decisions will be made by the Secretary of State. There was no debate before the vote.

Environmental campaigners are concerned the measure will make it easier to use abandoned deep oil and gas boreholes to store radioactive and fracking waste, without the approval or involvement of local communities.

The vote in favour was by 42% of the total MPs in the House of Commons. 33 MPs voted against and 340 did not vote. 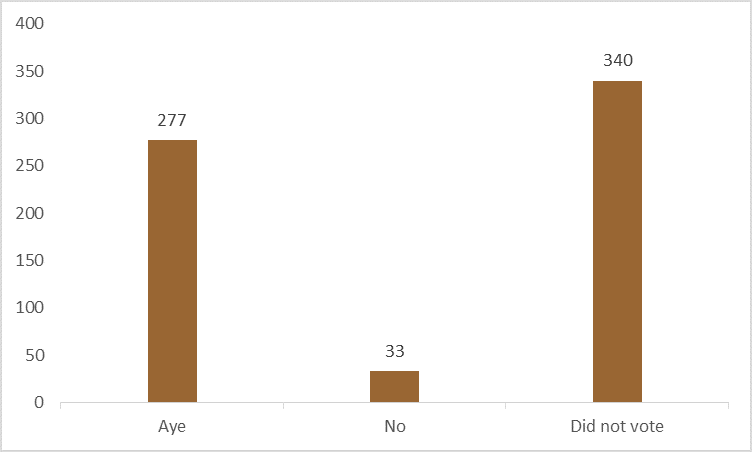 The largest number who did not vote was among Labour MPs (246). Another 57 Conservatives and 18 Liberal Democrats also did not vote. The parliamentary record does not show whether they abstained or did not turn up.

Opponents of the measure, the Radioactive Waste Geological Disposal Facilities Order 2015, included several MPs who had voted for, or supported motions in favour of, a moratorium on fracking during the passage of the Infrastructure Bill (in bold).

A campaigner against the measure, Dr Becky Martin, said yesterday: “The chance for intense scrutiny and public accountability has gone.”

She said: “Nowhere in this process were our elected MPs given the chance to debate this crucial issue. It’s only the safety of your drinking water being decided in small committee rooms, as under the radar as humanly possible, by committee members appointed by party whips. Democracy isn’t on its knees, its face down in the mud.”

Our report on House of Lords discussions on the measure