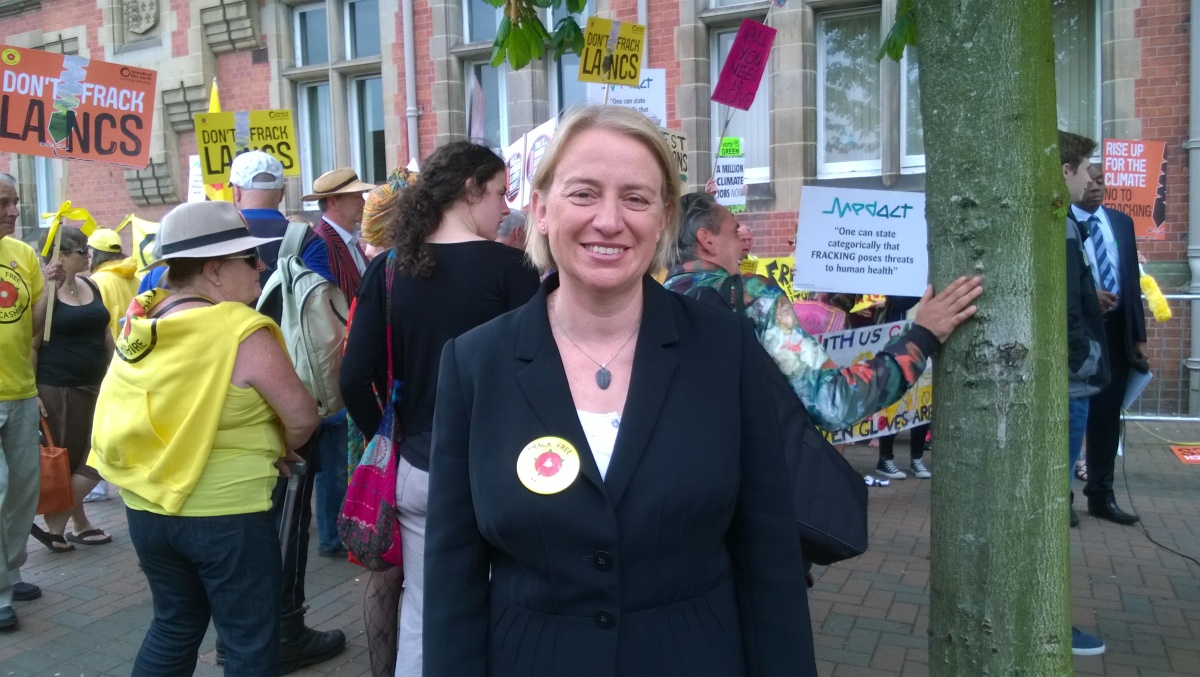 After today’s meeting Green Party leader, Natalie Bennett, told Drill or Drop she had tremendous respect for the campaign groups which had been opposing Cuadrilla’s application.

“It is amazing how you find people who have never been part of a campaign before. Something lands on their doorstep and they have to become experts in flaring or well construction. Or they know someone who is affected by this and they become determined to do something. Today I met an 18-year-old at her first demo and a 68-year-old who said she has done as much as she could for the campaign but her arthritis was holding her back.”

On today’s decision to defer a decision on Preston New Road until Monday she said: “I feel for the campaigners. But it is better to have a delay than the wrong decision. I hope this will send out a message to other councillors around the country who will think ‘We don’t want to go through this’.”

“I hope David Cameron and George Osborne might finally recognise that fracking is not a way forward for Britain. There is a hugely strong business case for renewables and energy conservation. Some small credit should go to the government for the tidal project in Cardiff. But solar and wind are mature technologies that will generate income and jobs.”