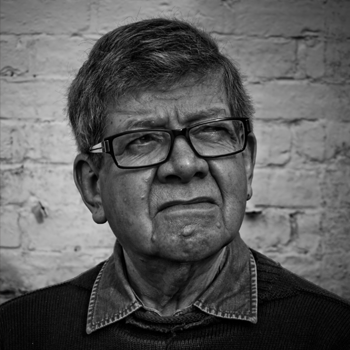 In this Guest Post, Alex Kirby, of the Climate New Network reports on the accusation that many of the UK’s oil, gas and coal companies are ducking their legal duty to inform investors of risks caused by climate change.

Fossil fuel companies operating in the UK are accused by a financial monitoring group of a “staggering” disregard for their obligation to acknowledge the risks which climate change poses to them and their investors.

An alliance of non-governmental organisations says the situation is so serious that there should be intervention by the UK Financial Reporting Council (FRC), the independent regulator responsible for promoting high-quality corporate governance.

The members of the alliance are an environmental lawyers’ group, ClientEarth, the Carbon Tracker Initiative, CDP, which works to improve business reporting, and the Climate Disclosure Standards Board (CDSB).

Together, they are urging the FRC to ensure companies in the oil, gas and coal sectors comply with the rules that govern their reporting.

David Cooke, an environmental services lawyer at ClientEarth, said: “It’s essential that this information is disclosed to investors so they can make informed decisions about the companies they invest in. Without this information, investors are flying blind.”

Mark Campanale, founder and executive director of Carbon Tracker, said: “The lack of consideration and disclosure of climate risk by fossil fuel companies is staggering. They are continuing to behave as if climate targets will not impact their business models.”

“This clearly isn’t the case, and today it is a matter that is material for shareholders. Fuller guidance by regulators on what ought to be disclosed is the first place for the FRC to start.”

Legislation requires UK incorporated businesses to produce a strategic report, which, for fossil fuel companies, should contain information on how they are dealing with climate risk. But the groups say that seldom happens.

In a letter to the FRC’s conduct committee, the four members of the alliance say they believe many companies in the oil, gas and coal business “are not satisfying existing mandatory reporting requirements”.

They think the problem is widespread, saying that “very few” companies adequately address these risks in their corporate reports.The letter says:

“The risk to fossil fuel companies from climate change is that preventing warming of more than 2ºC above pre-industrial levels will cause declines in the demand for, and price of, their commodities, impacting cash flows and margins and jeopardising returns on the highest cost projects.”

Most of the world’s governments have agreed that temperature rises caused largely by human burning of fossil fuels should be kept below the 2ºC guardrail to avoid dangerous climate change. The UN climate negotiations in Paris later this year will try to secure an agreement to stay within 2ºC.

The letter argues that legislation and the growth in the increasingly competitive low-carbon sector need to be factored into current investment decisions, as they are likely to affect cash flow and economic returns on existing projects.

Paul Simpson, chief executive officer at CDP, said: “There are financial risks from climate change for companies across all sectors of the economy, with fossil fuel companies particularly exposed as countries increase ambitions to reduce carbon-intensive energy demand. Access to high-quality information is essential for the management of these risks.”

Jane Stevensen, managing director of CDSB, said: “As the UK’s independent regulator responsible for setting the framework of codes and standards for the accounting community, we urge the FRC to exercise its functions to ensure that fossil fuel companies satisfy the levels of disclosure required by law in order to fully inform stakeholders and protect investors from carbon asset stranding.”

The FRC told the Climate News Network: “The Conduct Committee of the FRC is responsible for monitoring companies’ strategic reports and, in that context, takes the reporting of risk and environmental matters very seriously.

“The Committee not only selects reports and accounts for review, but responds to well-informed complaints − in particular, where concerns are raised that disclosures fall materially short of what is required by law.”

The Climate News Network publishes a daily news story on climate and energy. It is run by four veteran journalists who have covered climate change for many years for international newspapers and broadcasting organisations and are now freelancing.

Alex Kirby, the author of this Guest Post, is a former BBC journalist and environment correspondent