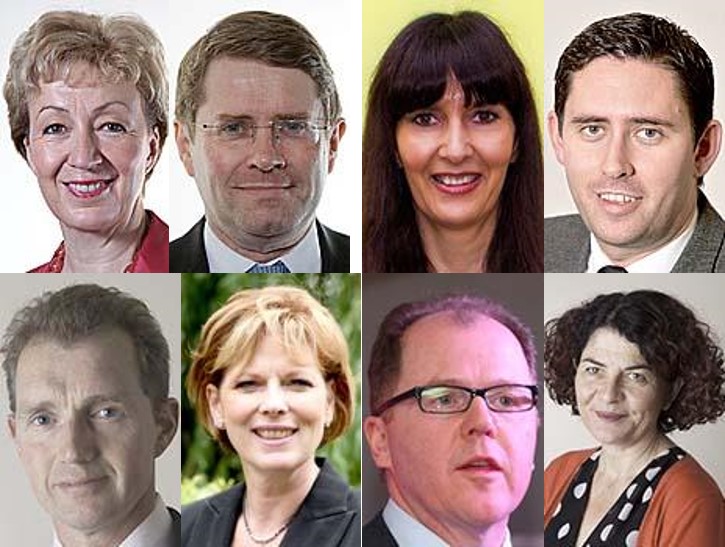 In this Fracking Week in Westminster:

Thanks to TheyWorkForYou for the transcripts

Debate on the steel industry

David Davies Conservative, Monmouth
I was glad to hear words in support of the industry from across the Floor because we all have a responsibility in this matter. It is no good blaming the Government for everything; Opposition Members have to be able to challenge themselves and some of their colleagues, who are opposed to fracking on rather spurious green grounds.

In Teesside, we are next to the Durham coalfield, under the North sea, which could be gasified. Shale gas is coming to this country from America only because America does not have the capacity to retain it. America will stop exporting gas to this nation in five to 10 years, so we need our own gas supply.

When we set that up, we need to sequestrate that gas to provide cheap energy and to remove the threat from green taxes. If we do that, we would create a renaissance of industry on Teesside and across the UK.

Question by Diana Johnson, Labour, Kingston upon Hull North
To ask the Secretary of State for Energy and Climate Change, if she will make it her policy to ensure that no shale gas extraction is allowed in areas which supply the aquifers for drinking water to Hull and East Yorkshire.

The Department for Energy and Climate Change has indicated that it will not be possible to answer this question within the usual time period. An answer is being prepared and will be provided as soon as it is available.

In the UK, we have been successfully regulating for gas and oil drilling for over 50 years and have tough regulations in place to prevent water contamination.

All hydraulic fracturing operations will require a groundwater activity permit. The Environment Agency will not grant a permit where the risks to groundwater are unacceptable. They have powers to impose conditions to ensure proper protection or to prohibit activities which they consider to pose unacceptable risks.

The Infrastructure Act 2015 required the Government to specify protected groundwater source areas within which hydraulic fracturing cannot take place, which we did in draft regulations debated in the House on 27 October. They define these areas as being equivalent to Source Protection Zones 1, which applies to those areas close to drinking water sources where there is the greatest risk associated with groundwater contamination. This will reinforce the regulatory approach, as it is consistent with the approach taken by the Environment Agency and Natural Resources Wales to control the risks from other groundwater activities.

Question by Margaret Ferrier, SNP, Rutherglen and Hamilton West
To ask the Secretary of State for Business, Innovation and Skills, what assessment his Department has made of the effect of the level of energy prices on the steel industry; and if he will make a statement.

The Government recognises that energy costs are among the factors that have an impact on the competitiveness of the steel industry and for that reason has provided over £50 million compensation to steel makers for energy costs.

We are also in advanced discussions with the European Commission to approve millions of pounds of further compensation for energy intensive industries, including steel makers. Many years of underinvestment in the UK’s energy infrastructure has meant wholesale prices of energy are higher in the UK than in some other EU countries. The Government is committed to addressing this long term issue through, for example, new nuclear plants and our support for shale gas extraction.

Debate on the Green Investment Bank

Kevin Brennan, shadow minister, Business, Innovation and Skills
I think the Minister accepted that it is possible, under the current privatisation plans, that the Green Investment Bank might be involved in investing in fracking projects.

I want to take specific advice, but I will write to the hon. Gentleman on whether any constraints are envisaged on what may or may not constitute green investment. My understanding is that we want to give the bank the freedom to invest in a range of different technologies. Indeed, part of the bank’s mission is to be able to catalyse investment in a much wider range of technologies that will be key to building a 21st-century green economy.

Lord Borwick Conservative
There are much bigger decisions that we can take to help reduce emissions globally. Some of them involve being bold at home. For instance, we should fully embrace shale extraction. But equally as important is encouraging others to do the same to reduce reliance on coal. Sharing shale gas technology will allow it to develop as rapidly as possible and be used worldwide.

A paper for the Centre for Policy Studies entitled, Why Every Serious Environmentalist Should Favour Fracking, by the noted University of California, Berkeley scientist Professor Muller, who I should declare I know personally, shows that shale gas extraction will actually reduce greenhouse gas emissions.

A global switch to natural gas would be a big step forward.