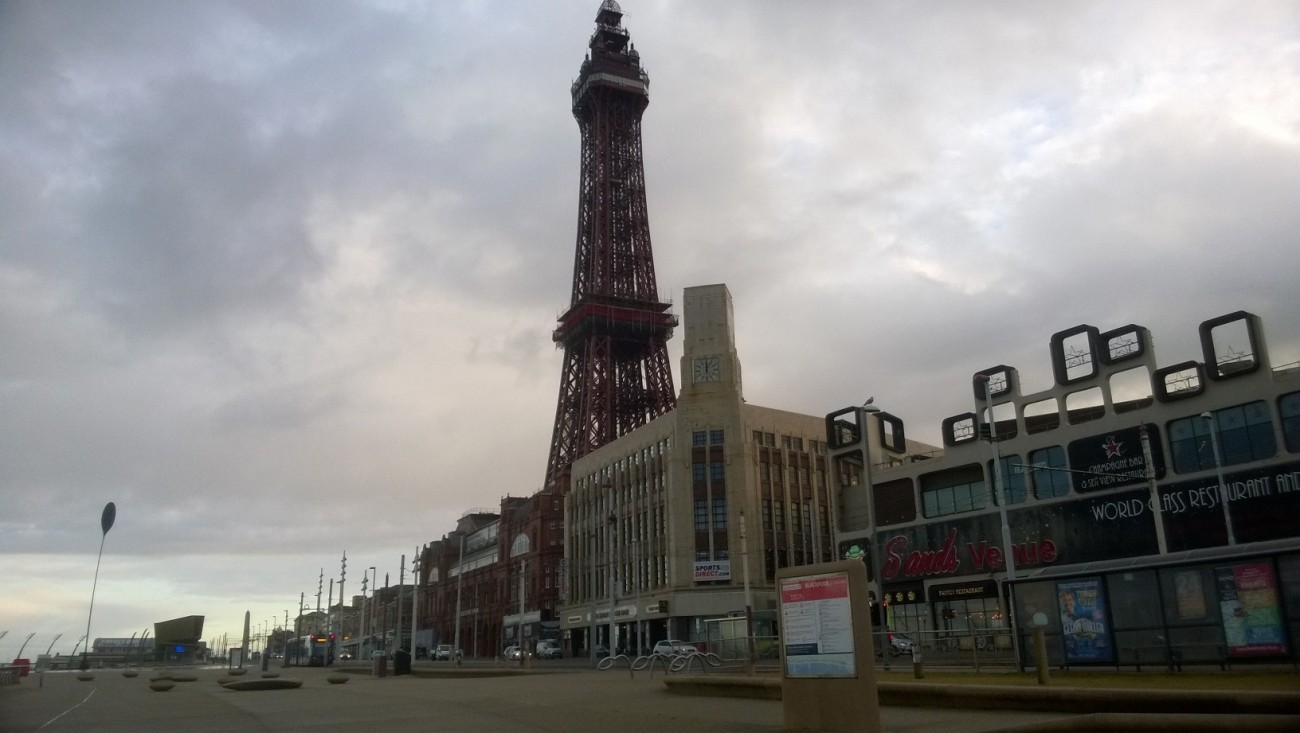 Live news as it happens at the third day of the inquiry at Blackpool Football Club into Cuadrilla’s fracking plans in the Fylde area of Lancashire. Check our Inquiry page for more information, posts and links.

Inquiry adjourns for the day. It resumes at 9.30am tomorrow.

In his evidence, Dr Hiller said:

“There is no evidence that exposure to noise lasting no more than a small number of years, as is the case for the application sites, can give rise to health effects as defined by Government.”

The inquiry hears that Cuadrilla proposes to allow operations up to a level of 55 decibels during the day on week days and at weekends.

Mr Bowes asked: “Would that not justify a lower noise level [for the site]”

Dr Hillier replied: “To a certain point, potentially, yes, but not at the levels we are talking about.

He said some operations would not be allowed at weekends and that would protect residents.

Mr Bowes said the PNRAG study recorded night-time noise levels regularly at under 25 decibels, and at times down to 20-21.

Dr Hiller said these levels were measured across 5 minutes at a time and were not typical. He said Preston New Road was dominated by road noise, even at night.

Dr Hiller said: “That hasn’t absolutely been finalised but the expectation and likelihood is that the HH220 rig, used at Horse Hill, would be used on these two sites”.

Mr Green put it to Dr Hiller that the predicted noise from the site at night would be 9 decibels above the current background levels at the nearest property to Roseacre Wood.

Mr Green said this would be “plainly perceptible”. Dr Hiller said the proposed 42 decibel limit at the site would protect people from sleep disturbance.

Mr Green put it Dr Hiller that he had misunderstood what planning guidance required.

“You are seeking a condition to allow you to create more noise than you can control.”

“We are seeking a noise limit to protect the sleep of residents, to allow them to sleep at night with windows open and not to impose an unreasonably burden on the company.”

Mr Green: “So why set it higher”

Dr Hiller: “It is set at that level to meet the requirement not to exceed 42”

Cuadrilla has argued that 42 decibels is an approriate level for night time noise from the sites at Preston New Road and Roseacre Wood.

Mr Green asked: “How long is drilling to last for?”

Dr Hiller said the first borehole would take five months to drill and the next three would take three months each.

Mr Green asked: “If that causes sleep deprivation, a period of 14 months would be a significant time?”

Dr Hiller: “If it did cause sleep deprivation, potentially yes”.

Mr Green: “If it caused annoyance it would be a significant period of time?”

Dr Hiller: “If it were to cause annoyance, yes.”

Dr Hiller agreed with Mr Evans that if people complained about night-time noise they would see this as a change in their quality of life.

The inquiry heard that the methodology used by Cuadrilla on predicted noise levels had an uncertainty of +/-  3 decibels.

Mr Evans put it to Dr Hiller that if the appeals were approved and resulted in noise at 45 decibels the sites  would be in breach of planning conditions, which would be for a maximum of 42 decibels.

Dr Hiller said further mitigation would be needed to reduce the noise.

Mr Evans asked how could Cuadrilla reduce this noise because it had said further measures would be an “unreasonable burden” on its operations.

Dr Hiller said at that stage predictions on noise levels would be “more comfortable” than they where now.

Inquiry breaks for lunch until 2pm

Mr Evans suggested to Dr Hiller that Cuadrilla’s choice of British Standard BS5228 to assess noise levels is not appropriate to its proposed fracking operations at Preston New Road and Roseacre Wood.

Mr Evans said this standard was more suited to quarrying and mineral production that required considerable earth moving. Dr Hiller disagreed that it was an inappropriate standard.

Mr Evans put it to Dr Hiller that national planning policy guidance on minerals set an upper limit on noise of 42 decibels to prevent sleep disturbance and maintain good quality of life..

Dr Hillier replied “It sets a limit that is consistent with protecting sleep”. He added that the wording was “not entirely helpful” and it contradicted the evidence.

Mr Evans  put it to Dr Hillier that developers had an obligation to get as far below the ceiling of 42 decibels as possible.

Dr Hillier replied the policy was not to exceed 42 decibels and he accepted that noise levels above SOEAL should be taken into account when deciding on planning applications.

“It is my opinion that the proposed exploration works could be undertaken without giving rise to any adverse impact and within the government’s guidelines on controlling noise.”

He recommended night time limits of 42dBa and daytime of 55dB. This would, he said, be consistent with government policy and guidance on noise from mineral extraction sites.

“It is therefore my opinion that there is no reason whatsoever to reject the appeals for exploration at either site on the grounds of noise.”

The inquiry has been hearing that in March 2015 Cuadrilla offered to spend £1.46m at each site on reducing noise.

The company said yesterday it was no longer willing to spend this money because of the refusal of planning permission and the costs it had incurred on the appeals.

Dr Hiller said it would reduce noise levels by about 3 decibels at each site. This, he said would be just about perceptible as a change in noise level.

“In view of the additional cost that seems to be a very limited benefit.”

He also said there would be “no benefit from sleep disturbance”.

“If the appeal is allowed with a condition of 42db noise limit, what effect will that have on sleep disturbance or the existing noise levels.”

“The existing noise levels are already higher than the WHO predicts will cause sleep disturbance.”

Dr Hiller, Cuadrilla’s noise expert, tells the inquiry noise-reduction measures, proposed by the company in January 2015, are enough for the sites to comply with government policy.

Noise would be below levels considered “unacceptable”, he said, and they therefore met local planning policies: DM2, EP27 and CS5.

He added that fracking would happen only during the day.

Dr Heller said surveys carried out at the Hose Hill drilling site in Surrey identified some tonal noise near the rig. But he said the chances of this at properties near Cuadrilla’s proposed sites was “very much diminished” and it represented a “low risk.” He added:

“There are some conditions under which it could occur so it is something we should be aware of and it should be taken care of.”

Ms Lieven asked: “In what circumstances would these conditions occur?”

“It is when the drill string is under a lot of load and has to work against particularly hard strata and that induces this tonal noise from the top drive.”

Ms Lieven asked what Cuadrilla would do to deal with this.

“Slowing down the rig reduces the load on the top drive and would reduce that tonal noise. In extreme, the top drive could be shrouded with baffles.”

The company’s QC, Nathalie Lieven, says the opponents of the proposed fracking schemes are questioning how Cuadrilla’s surveys of background noise were carried out.

Dr Hiller said Cuadrilla’s surveys took a “very cautious” assessment of what background noise levels would be and they had produced similar results to those carried out for Lancashire County Council.

The inquiry hears about different standards for acceptable levels of noise.

Dr Hiller said he thought British Standard BS5228 was the appropriate standard to use for the proposed fracking sites because it applied to open sites where work activities/operations generate significant noise levels.

He said an alternative British Standard (BS4142) did not refer to minerals sites and, in his opinion, did not apply to the application sites at Preston New Road and Roseacre Wood..

Dr Hiller quoted from a magazine article which said WHO guidelines were a useful starting point for planning but the targets dio not have to be met provided “reasonable mitigation measures” had been applied.

He said he thought the appropriate night time noise limit was 42 decibels.

“There is no evidence of health effects due to temporary noise sources and NNG [national noise guidance] does not refer to noise from sources, such as minerals exploration or extraction.

“The proposed site activities will be temporary and noise levels and character will differ with the different stages of the exploration.”

“I do not believe that the noise emitted from the proposed sites could be characterised as at and certainly not above Significant Observed Adverse Effect Level at the relevant noise sensitive properties and therefore could not be considered unacceptable.”