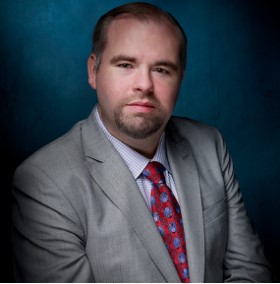 A leading proponent of UK shale gas who advised parliaments on fracking is facing allegations of defrauding investors of $80m over the past five years.

Chris Faulkner, the head of a US fracking company who adopted the title Frackmaster, is also accused of spending at least $30m of investors’ money on lavish meals, travel, cars and entertainment.

In the past five years, Mr Faulkner has given evidence to Westminster politicians and the European parliament. He has also been booked regularly to speak on news programmes and at shale gas industry conferences,

A complaint filed by the US Securities and Exchange Commission alleged he and his company Breiltling Energy Corporation, along with seven associates, “duped hundreds of peoples out of millions of dollars”.

It alleged that since 2011, Chris Faulkner, “orchestrated a massive multi-pronged and fraudulent scheme”. The SEC said he enlisted the help of many others to perpetuate the scheme, which involved the unregistered and fraudulent offer and sale of investments in more than 20 oil and gas prospects in several states.

The SEC complaint alleges Mr Faulkner and his associates “intentionally and repeatedly” lied about:

“The Defendants, as a result of their conduct, violated numerous federal securities laws, including the antifraud, reporting, and books and records provisions.”

The SEC said it was bringing the action “in the interest of protecting the public from any further fraudulent activity and to hold Defendants accountable for their roles in this long-lasting and egregious fraud.”

DrillOrDrop contacted the PR company that has represented Mr Faulkner in the UK but got no response.

The Dallas News quoted Larry Friedman, a lawyer for Mr Faulkner in Dallas. He said the charges were not true and that his client intended to contest them in federal court.  There is no criminal penalty attached to the accusations.

“We were very surprised to see this today. We have a long history with the SEC. And to my knowledge, we have no investor complaints.”

“The SEC is charged with enforcing violations of the securities and exchange act. This looks more like a vendetta.”

In September 2014, Mr Faulkner was censured for a pro-shale advert in The Sunday Telegraph. In it he said shale was “fantastic news” for British people.

He claimed it meant decades’ worth of natural gas that would lower energy prices, generate millions of pounds in tax revenues, reduce greenhouse gas emissions and protect Britain from “catastrophic shortages and interruptions of supply from Russia.

But following a complaint by a resident from Balcombe, the Advertising Standards Authority said six claims were misleading, exaggerated and unsubstantiated. DrillOrDrop report

Mr Faulkner, in an interview with DrillOrDrop accused the ASA of bias. He said:

“It is actually sad that they can run the advertising or make the decisions for a country like the United Kingdom, based on their own personal agenda.”