A veteran US shale geologist now working with INEOS has raised doubts about fracking in a key area of the UK.

Dan Steward, a former vice president of the fracking pioneer Mitchell Energy, told a parliamentary group this afternoon the Bowland Basin in Lancashire didn’t look promising. He said he was worried by the complex structure of the basin.

The Bowland shale is found across much of northern England but the Bowland Basin, referred to by Mr Steward, covers the part of Lancashire inland from Blackpool (see map above).

The area includes two sites where Cuadrilla has applied to drill and frack up to eight wells. A decision on whether they should go ahead is expected within weeks.

The Bowland Basin is also the site of the first and only well in the UK to use high volume hydraulic fracturing. That operation, at Preese Hall in spring 2011, led to two small earthquakes and a temporary moratorium on fracking.

Speaking to the All Party Parliamentary Group on Unconventional Gas and Oil, Mr Steward said:

“The structure in some of the [UK] basins looks pretty complex.

“I hope it works. But based on the knowledge we get from the US it doesn’t look promising.”

Commenting on how fracking might work in the shale of the Bowland Basin, he said: “If your natural fractures are all healed and it causes your matrix to be mineralised you are going to have a hard time.”

Mr Steward added: “The result of production tests will confirm the position in the Bowland Basin either way”.

Asked where they were, another member of the INEOS Shale team, the Chief Executive, Gary Hayward, told the meeting:

“If you look on the DECC [Department of Energy and Climate Change] map at where we’ve got the licences that might be a clue.

“It’s basically across the north of the country. We’ve got some licences in the central belt of Scotland. Eventually, if we can get the Scottish Government on board we’d like to explore there as well.”

INEOS was the big winner from last year’s oil and gas licensing ground. It was awarded 21 licences, giving it exclusive exploration rights to a total of one million acres. 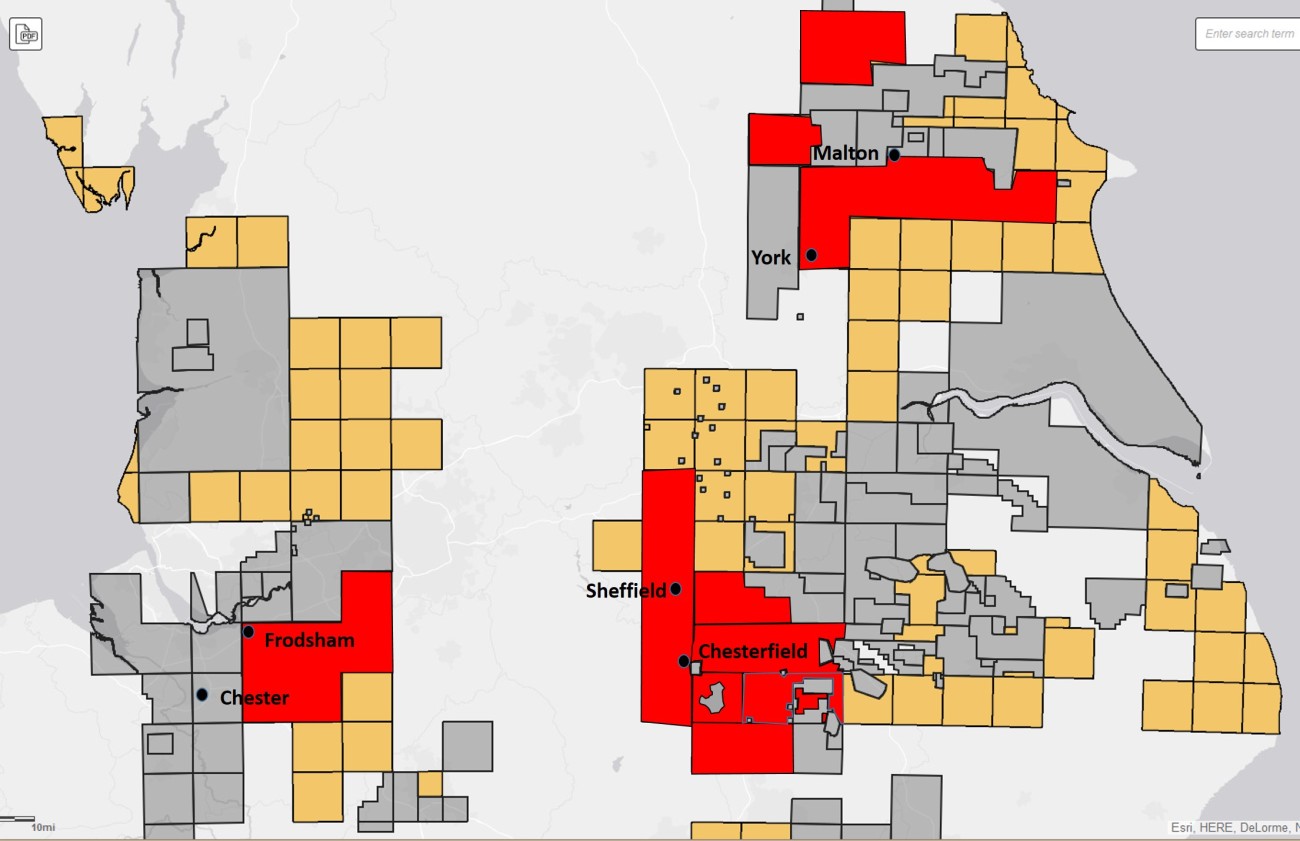 The licences are in Yorkshire, the East Midlands and Cheshire. The company is currently arranging to carry out seismic testing and in July it told the Financial Times it expected to submit up to 30 planning applications to drill test wells in the next six months.