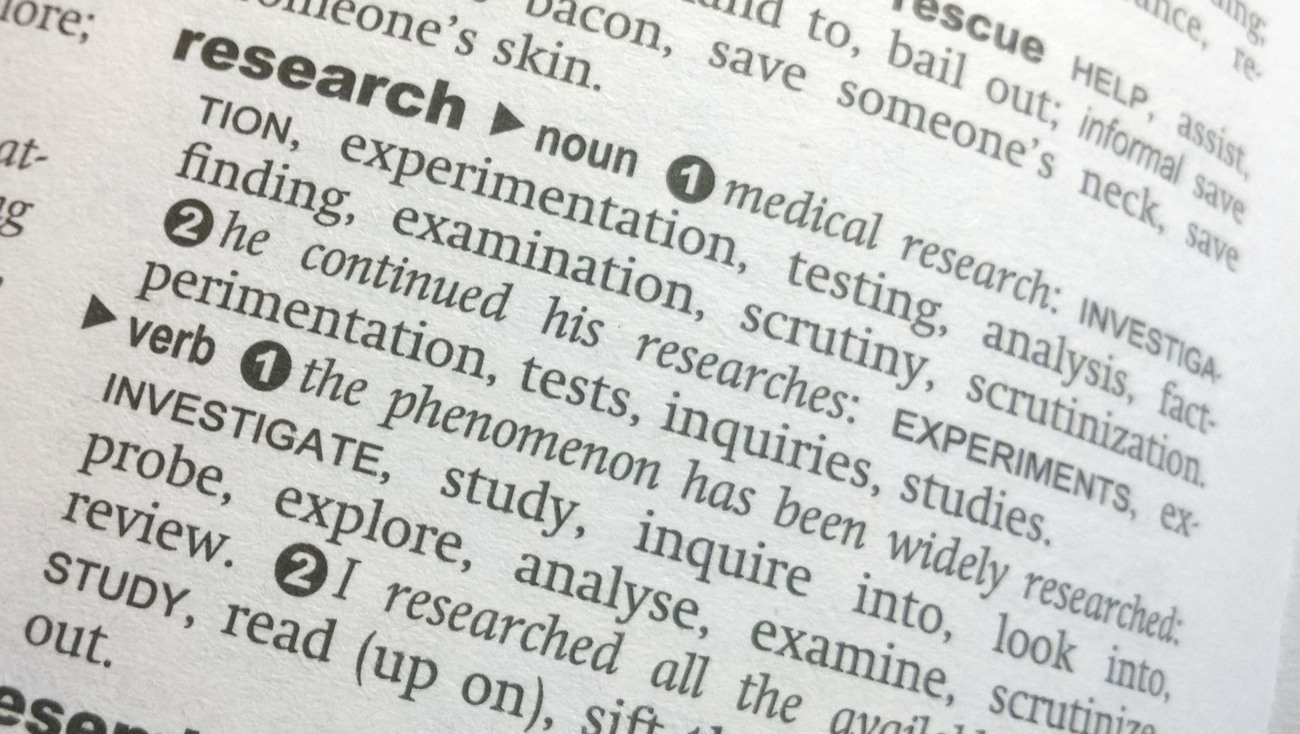 This round-up looks at studies about fracking published in the past month. Please let us know if we’ve missed a report you think should be included. Click here to get in touch.

Reports and research are grouped into categories and listed in date order, with the most recent first. Click on the title to go to the full study.

Click here to go to the Resources section of DrillOrDrop for our review of research on fracking and onshore oil and gas dating back to 2011.

10:10 energy survey, ComRes opinion poll for the climate change charity 10:10, 20 October 2016
10:10 says this is a representative poll of 2,037 UK adults interviewed online. It found that 34% supported fracking for shale gas, compared with 45% who opposed and 20% who said they didn’t know. This compared with responses for solar farms (83% support, 8% oppose), onshore wind farms (73% support, 17% oppose), offshore wind farms (80% support, 10% oppose), nuclear power plans (45% support, 37% oppose). This is the first opinion poll on fracking since the Communities Secretary, Sajid Javid, gave the go ahead to Cuadrilla’s site at Preston New Road in Lancashire.

Survey of Public Attitudes to Shale Gas Extraction in the UK, University of Nottingham, 13 October 2016
The most recent survey by YouGov for Nottingham University long-running survey found that for the first time people who thought shale gas extraction should not be allowed in the UK outstripped those who thought it should (41%:37%). The pollsters interviewed more than 4,000 people in September and October 2016, before the Communities and Local Government Secretary, Sajid Javid, overruled the refusal of planning permission for a Cuadrilla site in Lancashire. Negative associations of shale gas with water contamination and higher greenhouse gas emissions also increased.

Developing a biodiversity-based indicator for large-scale environmental assessment: a case study of proposed shale gas extraction sites in Britain, Robert Dyer, Simon Gillings, Richard Pywell Richard Fox, David Roy and Tom Oliver, Journal of Applied Ecology, 6 October 2016
This analysis of 5,533 species has revealed that 65% of areas of Britain deemed suitable for fracking have above average biodiversity. Senior author Dr Tom Oliver from the University of Reading said: “Our results are an important step in assessing potential impacts of fracking on species and will help protect much-loved British wildlife that could be a risk such as wetland birds.

Written evidence from United Kingdom Onshore Oil and Gas to the House of Commons Business, Energy and Industrial Strategy Committee, published 18 October 2016
The industry body, UKOOG, says UK energy policy “should provide secure, affordable and climate-friendly energy, with an emphasis on home-grown energy and innovation for the future. To achieve this, we will need a balance of gas, renewables and nuclear. Getting this right is critical to manufacturers across the UK.” The authors says onshore energy production has been “impacted by a slow and uncertain planning system. They add: “There is an urgent need to invest in all onshore production, be it shale or non-shale, alongside further investment in the North Sea, to complement nuclear and renewable developments.”

IGas Reserves and Resources as of 30 June, DeGolyerr and MacNaughten, 17 October 2016
This report by an international reserves and resources auditor, estimates IGas UK has 11 trillion cubic feet (tcf) of potentially recoverable gas resources in its UK shale portfolio, which marks it as a “world class” asset. The report estimates a total of 102tcf of shale gas in place across the IGas projects. Proved oil reserves totalled 9.39 million barrels of oil equivalent (boe). Proved and probable reserves amounted to 13.77 million boe. Estimated contingent resources of oil increased to 21.83m boe.

The Jurassic shale of the Wessex area: resource estimation report, British Geological Survey and Oil and Gas Authority, 13 October
The authors estimate the shale oil in place – the total amount of oil present in the rocks –  is 0.2-2.8 billion barrels (bbl) or 32-378 million tonnes. The central estimate is 1.1 billion bbl or 149 million tonnes. They say it is not known what percent of oil present in the shale could be commercially extracted. The report says no significant gas resource is recognised because the shale is not thought to have reached the geological maturity required to generate gas. The authors say shale oil has potential but will require geological and engineering expertise, investment and protection of the environment. This report is an extension to BGS report: The Jurassic shale of the Weald Basin: geological and shale oil and shale gas resource estimation, published on 23 May 2014. See also The Carboniferous shales of the Midland Valley of Scotland: geology and resource estimation (June 2014)

A rapid evidence assessment of regulation and regulatory practices involved in fracking and its publications, Andrew Watterson and William Dinan, 12 October 2016
This study reviewed scientific and academic papers and reports by professionals, government agencies, industry and NGOs. It concluded there was very little support for the UK government position that fracking would be safe assuming there was or would be best practice and robust regulation. Several reports concluded fracking could not conducted safely and outlined risks to public health that could not be mitigated. The authors said the evidence base for robust regulation and good industry practice was currently absent, the evidence from peer reviewed papers suggested fracking in the UK would not be effectively regulated and US and UK peer reviewed analyses and EU law identified both the precautionary principle and prevention as keys to dealing with fracking. An embedded copy of the report is included in the linked article.

Fracked ecology: Response of aquatic trophic structure and mercury biomagnification dynamics in the Marcellus Shale Formation, Christopher James Grant, Allison K. Lutz, Aaron D. Kulig, Mitchell R. Stanton, Ecotoxicology, 14 October 2016
The researchers sampled 27 streams in Pennsylvania’s Marcellus Shale basin in June and July 2012 and 2013 for their physiochemical properties, trophic biodiversity, and structure and mercury levels. They observed no difference in rates of biomagnification related to within-watershed fracking activities, but they did observe elevated methyl mercury concentrations where fracking occurred in the watershed. They concluded that fracking has the potential to alter aquatic biodiversity and methyl mercury concentrations at the base of food webs.

Upward revision of global fossil fuel methane emissions based on isotope database, Stefan Schwietzke, Owen A. Sherwood, Lori M. P. Bruhwiler, John B. Miller, Giuseppe Etiope, Edward J. Dlugokencky, Sylvia Englund Michel, Victoria A. Arling, Bruce H. Vaughn, James W. C. White, Pieter P. Tans, Nature, 5 October 2016
The authors say they have compiled the largest isotopic methane signature database so far, including fossil fuels, microbial and biomass burning sources. They conclude that methane emissions from natural gas, oil and coal production and their usage are 20-60% greater than inventories. Previous estimates put contributions of methane from the global fossil fuel industry at 15-22%. They also concluded that methane emissions from natural gas as a fraction of production have declined from about 8% to about 2% over the past 30 years.

Atmospheric methane isotopic record favors fossil sources flat in 1980s and 1990s with recent increase, Andrew Rice, Christopher Butenhoff, Doaa Teama, Florian Roger, M Aslam Khalil and Reinhold Rasmussen, Proceedings of the National Academy of Sciences of the United States of America, 27 September 2016
The authors say they have strong evidence that methane emissions from fossil fuel sectors were approximately constant in the 1980s and 1990s but increased significantly between 2000 and 2009. This finding challenges recent conclusions based on atmospheric ethane that fugitive fossil fuel emissions fell during much of this period. Emissions from other anthropogenic sources also increased, but were partially offset by reductions in wetland and fire emissions. The evidence is based on carbon and hydrogen isotopic measurements of atmospheric methane in archived air samples collected 1977–1998, and modeling of these with more contemporary data to infer changes in methane sources over the period 1984–2009.

Surface uplift and time-dependent seismic hazard due to fluid injection in eastern Texas, Manoochehr Shirzaei, William L. Ellsworth, Kristy F. Tiampo, Pablo J. González, Michael Manga, Science, 23 September 2016
The authors say their work shows that wastewater injection in eastern Texas lifted the earth’s surface, detectable up to 8km from the wells. Deformations were seen near the biggest ever recorded quake in eastern Texas (4.8 Timpson earthquake in 2012). They found that the geology of the zone where water is injected can determine whether a quake was likely. In eastern wells buckling happened because a layer of impermeable rock beneath the injection site prevented the pressurised water getting to quake-prone faults further down and the stress was relieved by upward buckling of rocks. In western areas, there was no impermeable layer and high pressure water reached deeper quake-prone faults. The authors also concluded that seismic activity increased even while injection rates declined because of diffusion of pore pressure from earlier periods with higher injection rates.