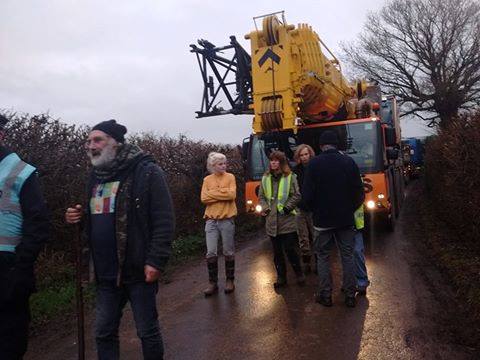 Protesters complain  about the standard of driving of delivery lorries to Cuadrilla’s Preston New Road site and the actions of security guards. At least two protesters climbed onto a lorry. Link to video here and here

Preston New Road was partially closed for four hours during continued roadside protests outside Cuadrilla’s site. An area of field on the fracking site has been set aside for protests but most opponents said they would remain on the roadside every day.

“It has been a very peaceful protest today. We have carried out slow walk protests in front of the delivery trucks on the cordoned off area at the site and there have not been any repeat of the issues from yesterday.

“Investigations are going on into the incidents from yesterday. We are not holding up traffic.”

“With regard to a safe area, this was an idea mooted by the police six months ago. It is just a way of corralling protesters. “It is up to other people how they want to protest but we would prefer to make ours here at the roadside using peaceful methods.”

“By telling us where we are allowed to protest it would mean other places were not permitted. “We prefer to do peaceful protest our way.”

“Outside of our permitted work area it is the police who are responsible for health and safety of protesters and as some were in the main road the police decided to close the road yesterday for 15 minutes which we are aware delayed some local journeys.

“We are working with the police to keep the area safe and ensure that traffic on the main road is not blocked. Whilst some truck deliveries to our site are taking longer, our work continues as planned.”

“It is regrettable that the actions of a small number of individuals went beyond this at times which resulted in us having to implement road closures for safety reasons.

“This step was taken as a last resort and we understand the disruption this has caused however we hope that people can recognise this was done in order to ensure the safety of all concerned. Local officers are continuing to engage with all parties to reduce any future disruption.

BBC 1’s  The One Show reported from the protest. Reporter Alex Riley (left) interviewed Tina Rothery and other opponents of Cuadrilla’ site at the Preston New Road. Video

Slow walking and road-side protests continue. By the end of the first week, Cuadrilla had installed portable buildings and road building materials. Real Media is publishing a diary by Tina Rothery. Cuadrilla posts a method statement for the slow walking protests. 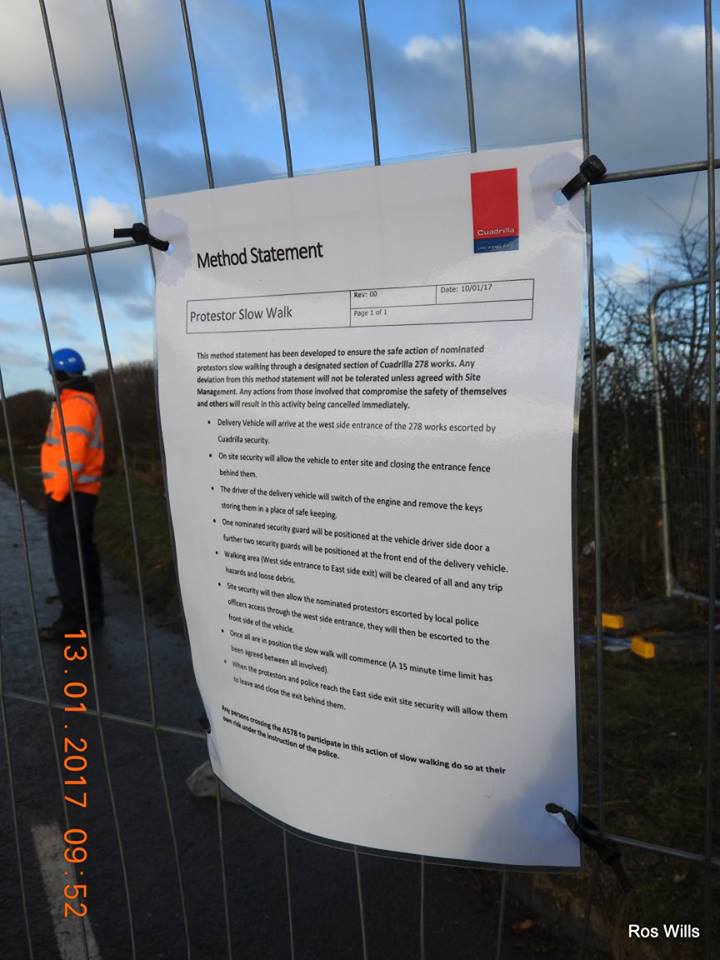 Five people were arrested as a convoy of 10 lorries delivered to Angus Energy’s oil site at Brockham, near Guildford. Frack Free Surrey reported that the people arrested included two mothers from Dorking and a local grandmother.

“It’s scare tactics and a way of making sure local residents are intimidated by heavy handed policing to stay away from the oil drilling sites at Brockham and Leith Hill”.

“But there is a huge upswell  of support against the drilling from the local community and they should be able to protest peacefully and stand at the site to make sure the police are acting lawfully and the oil company stays within its planning consent conditions”. 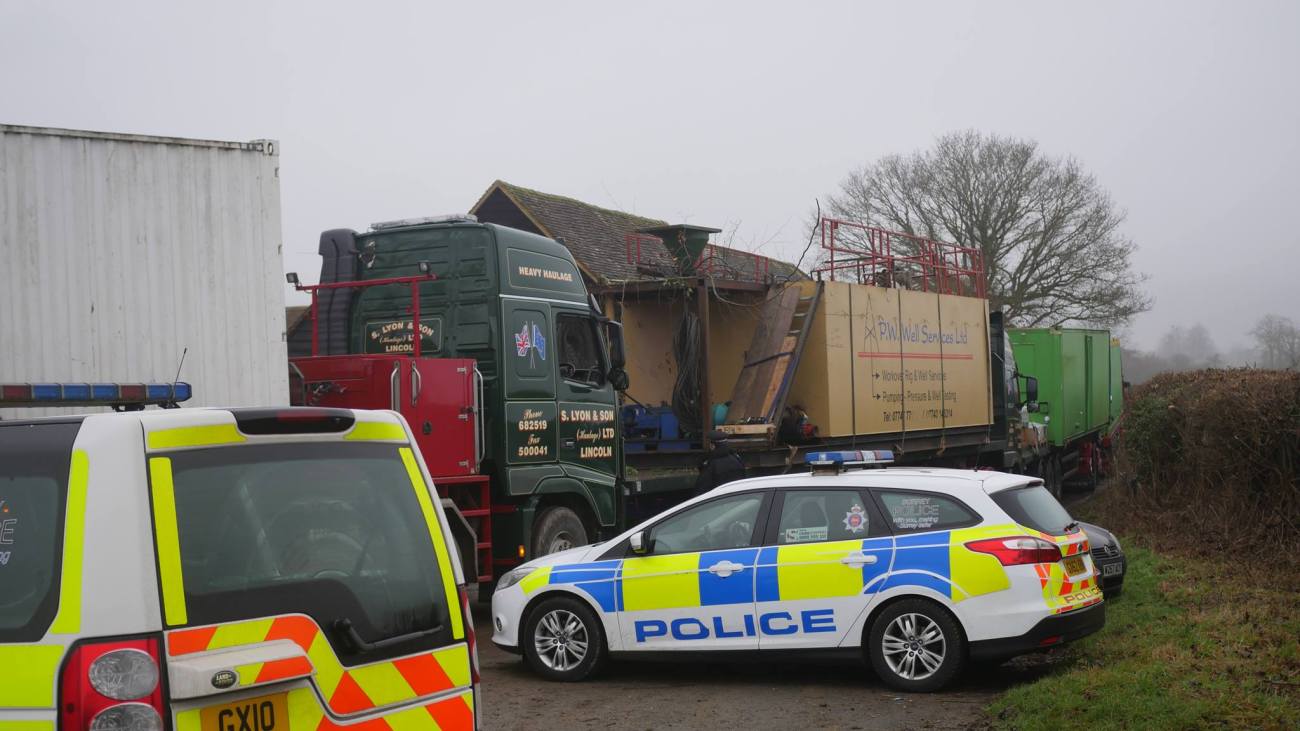 A woman from Dorking was arrested after walking in front of a lorry, about 10 minutes after arriving at the protest.

She told police, who arrested and handcuffed her:

“You have been wonderful. Thank you so much.

“This is so important. I feel, personally, very very worried, you know, for my own children and for yours.”

“This is far too important not to do it. It’s too frightening to let it go. People need to know what’s happening and then they can make a decision .” 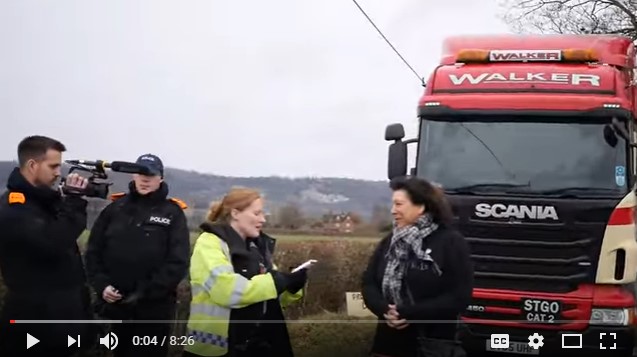 A statement from Surrey Police said:

“Surrey Police were called to Old School Lane, Brockham shortly after 7am this morning (Jan 9) due to protestors in the road. A man climbed onto and chained himself to a large vehicle, and was subsequently arrested.

“Two women have also been arrested at the same location for wilful obstruction of other large vehicles in the road. All three are currently in police custody.

“In addition to the three arrested on the morning of January 9, in Old School Lane, Brockham, two more women women were arrested, after 1pm, at the same location for wilful obstruction of large vehicles in the road.”

“An authoritarian crack down on British citizens right to protest will not change that fundamental truth. I and my Green colleagues will continue to stand up for and stand alongside protesters across the UK.” 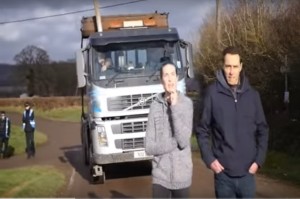 Mr Taylor said he had written to Police and Crime Commissioners in the region asking them to respond by comments  by the Network for Police Monitoring. Netpol has accused  which accused police forces of “bully boy tactics” with protesters.

A local woman (above right) joins the slow walk protest in response to her friend’s earlier arrest. Video by Jon O’Houston

A small group of opponents of Egdon Resources’ oil production plans at Wressle gathered outside North Lincolnshire Council. The council’s planning committee refused the application, saying they did not have enough information to allay fears about damage to the local environment and economy.

More details in DrillOrDrop reports: Breaking news on the vote, Live updates from the planning committee and reaction to the decision.

An estimated 300 people gather for a rally at the legendary Major Oak tree in Sherwood Forest . The event is a protest about proposals by INEOS Shale to carry out seismic testing in Sherwood Forest and for a potential well site in the area. 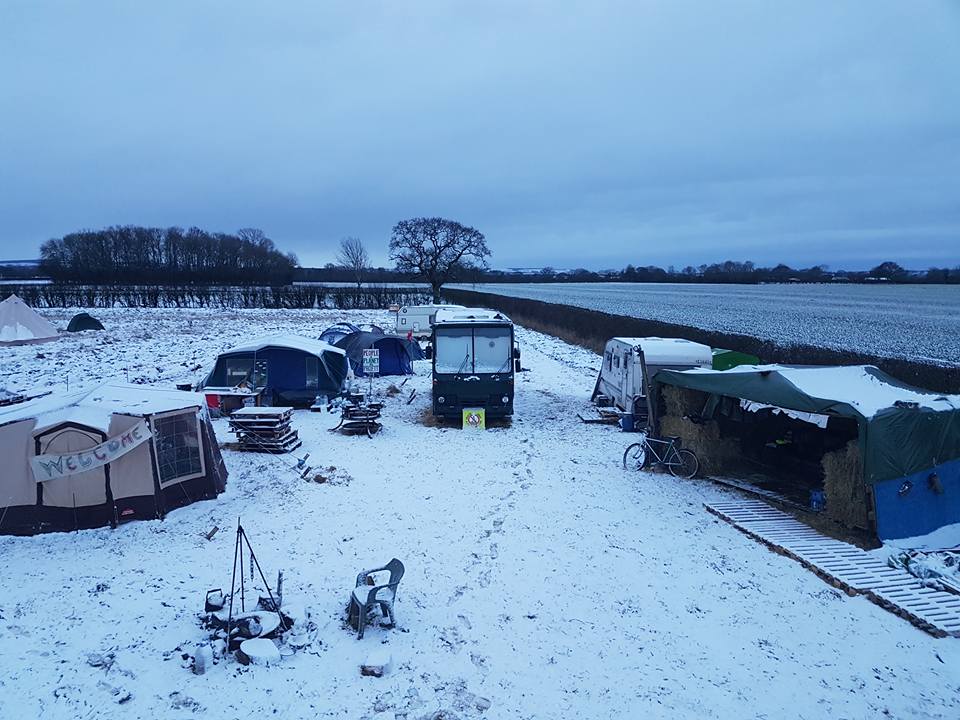 The former Green Party leader, Natalie Bennett, joins Sheffield Against Fracking to post “hundreds” of cards to INEOS from the Jessica Ennis golden postbox at Barkers Pool in the city centre. The group said each card represented a person who had stopped at a SAF stall during the summer and made a comment that they did not want fracking in Sheffield, South Yorkshire or elsewhere in the UK. Video link and another here 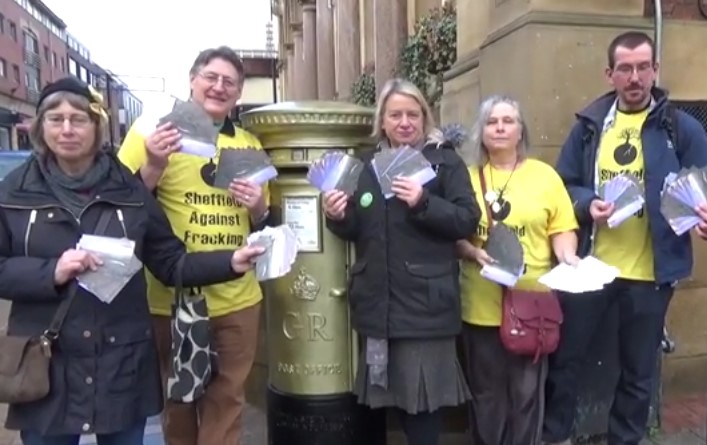