Five wells were drilled at four sites, all within a 40-mile area of Lincolnshire.

The 2016 wells were drilled by three operators: Egdon Resources, Blackland Park Exploration Ltd and Wingas Storage UK Ltd. All the wells were said to be for conventional oil and gas and all spudded (the start of well drilling) between January and March 2016. 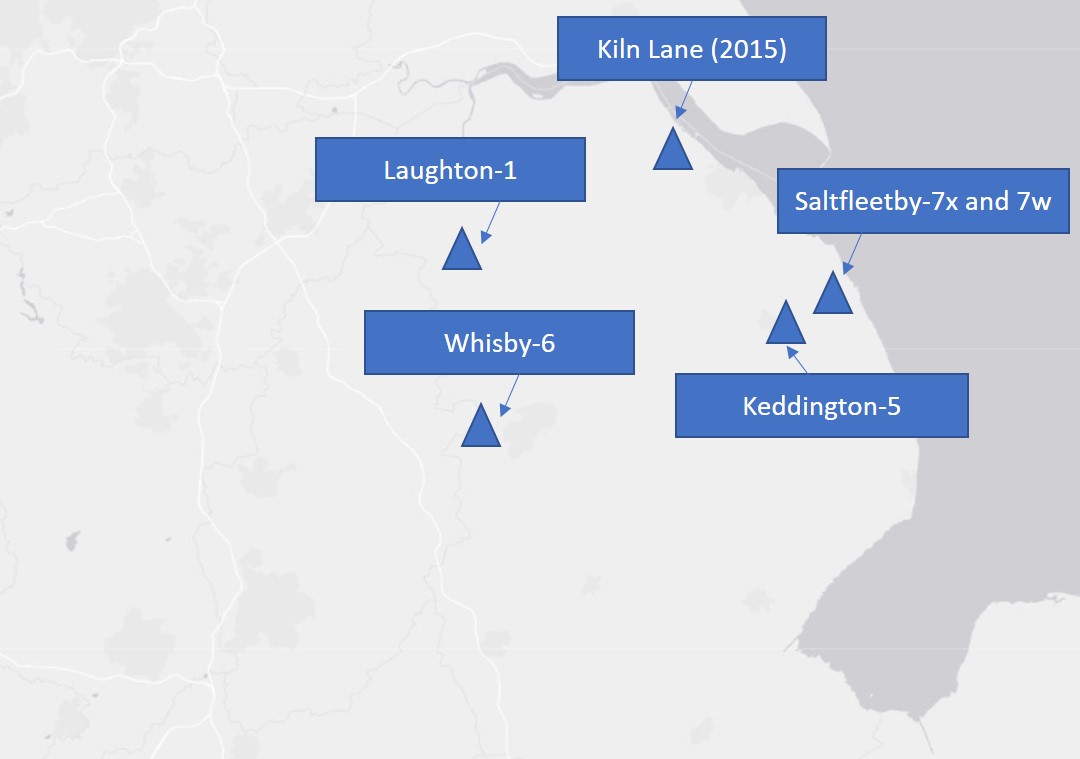 Location of wells drilled in 2016

One of the five, at Laughton-1, north of Gainsborough, did not find commercial hydrocarbons and was plugged and abandoned. The operator, Egdon, said the site had been fully restored to agricultural land. That well was near Kiln Lane, a well drilled in 2015 in which Egdon had an interest and was also abandoned.

Egdon also drilled Keddington-5, a sidetrack of the production well, Keddington-4, east of Louth. The new well was designed to target an undrained area of sandstone. The company estimated production of 309,000-566,000 barrels but has not yet confirmed whether the well is commercially productive.

Blackland Park added a well to its Whisby field west of Lincoln and Wingas drilled two wells at its field at Saltfleetby on the coast north of Mablethorpe.

The low oil price could be part of the explanation. But historically, there’s been no clear relationship between oil price and number of wells drilled.

Ken Cronin, chief executive of the onshore industry body, UK Onshore Oil and Gas, put it down to the 14th licensing round announced in December 2015 and confirmed during the past 12 months:

“In 2016 we saw a new onshore licencing round and in a year when there is a fresh licence round you would normally expect less new drilling.”

Will 2017 see an increase in drilling activity?

Several oil and gas companies have said they have planning permission and are preparing to drill wells at onshore sites during the next 12 months.