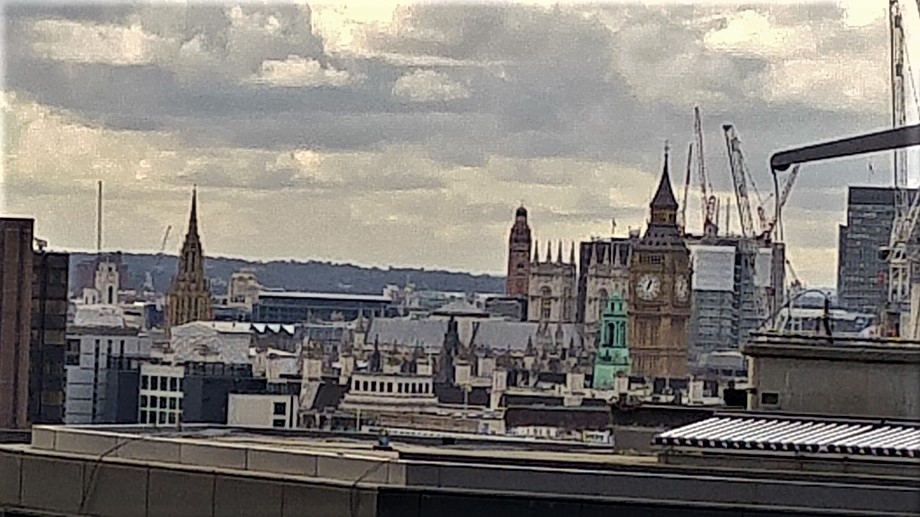 The cancellation of the ring-fenced £1 billion funding for the carbon capture and storage competition on 25 November 2015 is just one of a succession of cancellations of green policy initiatives and renewable programmes. Those cancellations include scrapping support for onshore wind; axing solar subsidies; removing the guaranteed level of renewables obligation subsidy for biomass; killing the flagship green homes scheme; privatising the green investment bank, which my hon. and learned Friend Joanna Cherry will discuss tomorrow; removing incentives to buy greener cars; abandoning the plan for zero-carbon homes; a U-turn to allow fracking on sites of special scientific interest; dropping the green targets; and—this is what triggered the CCS parliamentary advisory group’s report and, subsequently, this debate—scrapping the ring-fenced £1 billion of funding for the carbon capture and storage competition in November 2015.

“Policy inconsistency and contradictory approaches have sent mixed messages to the investment community”.

The report goes on to cite three specific examples, of which the third is

“emphasising the important role of gas while scrapping support for carbon capture and storage.”

Earlier in the same month, the same Committee released a report, “Future of carbon capture and storage in the UK”, which opened with the warning:

“Meeting the UK’s climate change commitments will be challenging if we do not apply carbon capture and storage (CCS) to new gas-fired power stations and to our energy intensive industries.”

I encourage anyone who doubts the significant and important role that hydrocarbons will continue to play in meeting the UK’s energy needs to read Lord Oxburgh’s report. He concludes that to meet our heating needs we must continue to rely on natural gas, produce huge quantities of hydrogen gas or supply heat through electrification, which in turn would require new fossil fuel power stations. Any of those paths will produce large amounts of CO2 and will therefore require effective carbon capture technology to meet our environmental targets.

Electrification obviously implies a vast amount of capitalisation—in the trillions—and a lot of capital to begin to even touch the sides of electrifying our transport, but we are the one nation in the world that has a unique gas grid that we could utilise in combination with hydrogen gas and shale gas, and using blends within the gas grid to overcome those obstacles.

As a Government, we remain committed to exploring all technologies that can support the process of decarbonisation, including carbon capture and storage. As has been recognised today, CCS has a wide range of potential applications in which it could contribute to the reduction of carbon in our environment. Those include not merely decarbonising heating and transport, but providing a pathway for low-carbon hydrogen and producing negative emissions when biomass is combined with CCS in power generation. CCS offers a wide array of potential strategic benefits. It has been rightly noted that it has the potential to help energy-intensive industries in this country to remain competitive.

I understand some of the concerns that were raised about the cancellation of the project last year. The project was absolutely not without benefits and, as the Committee recognised, there had been investments in front-end engineering and design. It was an ambitious scheme. Everyone in the Chamber believes that the Government should be ambitious in their expectations for climate change improvement and carbon reduction, so I think it is odd to criticise the Government’s ambition, when they have sought to be precisely that.

The Government absolutely believe that CCS has a potential role in long-term decarbonisation, but it must be affordable. It is worth noting that we are not by any means the only country seeking to crack CCS from a cost perspective. Projects have been deployed, particularly in north America. However, the United States, Canada and Norway have all cancelled projects, so we are taking the time to look hard at CCS to see whether we can find a cost-effective pathway.

That does not mean we have not been investing in the meantime. The Government continue to be very active. We commission research and provide support for innovation, and we remain engaged and seek to continue working with and learning from others, such as the United States, Canada and Norway.

The Committee on Climate Change seems to be contemplating a contribution on CCS from this country until 2030. No one can predict the future, so it is not clear that we are behind schedule from its point of view.

Debate on the Wales Bill

We have in place a needs-based funding settlement—something that has been called for for decades—and we are devolving significant tax powers. We have removed the water intervention powers and extended the Welsh Government’s powers in a significant range of areas, such as energy, fracking, elections and running their own affairs. A host of positive steps have been taken.

I thank Michelle Thomson for securing this important debate. Like her, I am deeply concerned by the way in which the Government are proposing to sell off the Green Investment Bank. It is widely known that the Government’s preferred bidder is the Australia-based firm Macquarie. As has now been well documented, there are serious concerns about Macquarie’s corporate record and its commitment to the GIB’s environmental goals.

Macquarie has admitted rigging the Malaysian foreign exchange markets. It has settled charges in the US for violating underwriting laws related to a China-based coal company. It is currently facing legal action in the US for rigging Australian interest rates. In a separate investigation, it was found to have breached market integrity rules in Australia and to have “systemic deficiencies” in its compliance with financial services laws. Closer to home, its ownership of Thames Water has also been deeply controversial, with £10 billion of offshore debt loaded on the company and a £250 million pension deficit allowed to accumulate while profits were extracted.

Macquarie also has an appalling environmental record, funding fossil fuel extraction projects across the world. From open-cast coal mines in China to fracking here in the UK, it has a track record of supporting climate-wrecking projects. By any measure, Macquarie is unfit to be custodians of the UK Green Investment Bank; if anything, there is a very clear risk that it will destroy it.

The Government have so far refused to respond to those concerns. Instead, we see ample evidence that the Government are not only willing to allow an asset strip, but may have actually helped to facilitate it. With the support of Treasury-owned UK Government investment, 11 subsidiary companies of the GIB were set up presumably to allow Macquarie to asset-strip the UK’s Green Investment Bank. The Minister passed on the opportunity to deny Macquarie’s involvement in those changes in response to a written question I tabled last week.

I would like to consider the issue of protecting the green purpose of the bank. Responding to criticism, and acknowledging that criticism, the UK Government have put in place a so-called golden share with a worthy and notable set of trustees. In theory, that should give us a level of comfort, in that the trustees must agree to any change of purpose as defined by the five green purposes—but the very purposes themselves carry risk. They are extraordinarily high level; the question has already been asked whether fracking—yes, fracking—could be carried out while still ostensibly meeting the green purpose tests.

Debate on the ministerial code and independent investigation of alleged breaches

Extract of speech by Steven Agnew, Green, North Down

Ministers who face allegations will most likely hear them debated through the press in what I have referred to as “trial by media”. The press have a job — holding Ministers to account — and have shown that they are well capable of doing it. Nonetheless, the recent RHI [renewable heat initiative] debacle has highlighted the need for a better process. Whilst we may disagree on the various issues — indeed, we had a six-hour debate about them yesterday — I do not think that any of us would disagree that there has to be a more dignified way of managing such complaints. The processes, in my view, are currently lacking.

For another example, I go back to 2011, when I accused the then Enterprise, Trade and Investment Minister, Arlene Foster, of breaching the code by failing to declare that her husband owned land in an area that she licensed for fracking. Interestingly, she argued that it was not her who licensed the land; it was her Department. To this day, I maintain that she was in breach of 1.5 (ix) of the code of conduct, which provides that any Minister must:

“declare any personal or business interests which may conflict with their responsibilities.”

Arlene Foster, of course, denied that the code was breached. We have never concluded the issue because there was no process through which to do so. 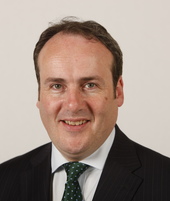 The strategy makes it clear that the Scottish Government is committed to examining the evidence [on fracking] and to engaging with the citizens of Scotland to gather their views and to understand their needs and perspectives. Our approach to evaluating the impacts of unconventional oil and gas is an example of that evidence-based and measured approach. As I outlined in my statement on 8 November 2016, we will shortly launch our full public consultation on unconventional oil and gas, so that the people of Scotland can express their views on that important and contentious issue. The results of that consultation will be a key consideration when we finalise our energy strategy later this year. Our draft energy strategy confirms our proposal that underground coal gasification will play no part in our energy mix. 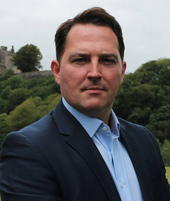 The minister has just announced yet another delay on a decision on fracking, more than two years after the initial moratorium was introduced. In his statement, he stressed the importance of decarbonisation and we agree with that.

However, is the minister aware that Scotland is currently importing more than 40,000 barrels of shale gas every day from the US? That is an unnecessary 3,000 mile journey, which is resulting in a significantly increased and unnecessary carbon footprint at a time when we could be using the gas domestically. Does the minister not recognise the huge benefits that would be available for jobs and the economy in Scotland?

With the greatest of respect to Mr Lockhart, that is a matter for the people of Scotland to inform us about through the consultation, which is on track—as promised in our November statement—to take place at the end of this month. Mr Lockhart will not have long to wait for the consultation and I look forward to reading his submission to it.

However, I point out that at the time of my statement on underground coal gasification, I was heavily criticised by members on the Conservative benches for taking a decision that was measured and based on evidence, as was our approach rather than the UK Government’s approach, but, lo and behold, the UK Government has followed Scotland’s lead and has done exactly the same. Perhaps Mr Lockhart will listen to our evidence-based approach and to the determination that we will make when we bring the matter to Parliament and allow Parliament to vote on the future of unconventional gas in Scotland.

I congratulate the Scottish Government on rising to the challenge that the Greens set in the Parliament last month by setting a target of half of all our energy being from renewables by 2030. The Government must now match that with a commitment to keep Scotland frack free.