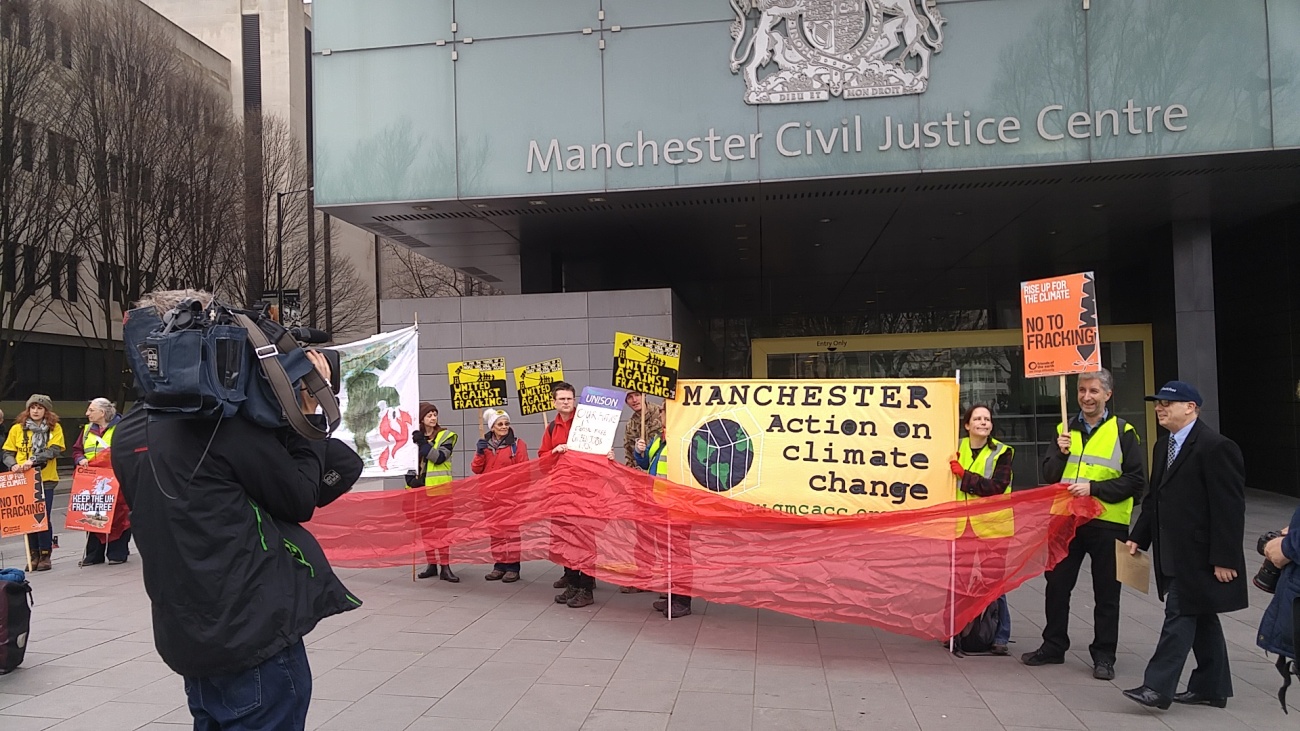 Opponents of Cuadrilla’s fracking plans near Blackpool have gathered outside the High Court in Manchester for a challenge against the Communities’ Secretary, Sajid Javid.

In October 2016, Mr Javid granted planning permission to Cuadrilla to drill, frack and test up to four shale gas wells at its site at Preston New Road, Little Plumpton.

He followed the recommendation of a planning inspector after a 19-day planning inquiry. But his decision overrturned the refusal of consent by Lancashire County Council in June 2015.

They will argue during a hearing, expected to last three days, that Mr Javid’s decision was unlawful and should be quashed.

DrillOrDrop will be reporting throughout the hearing, which begins at 9.30am.

Cuadrilla began the site work at Preston New Road on 5 January 2017 and is expected to begin drilling during the three months between April and June 2017.