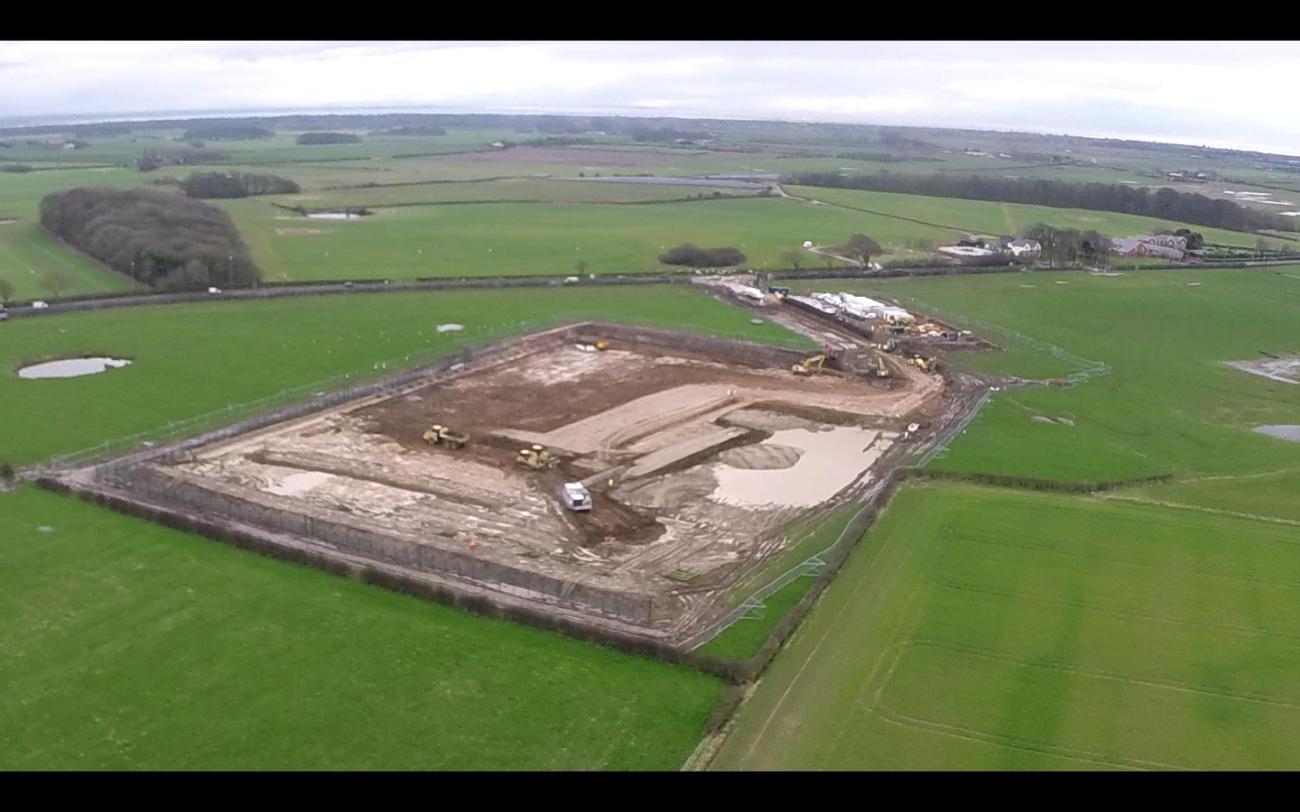 The legal challenge against the government over permission to frack for shale gas in Lancashire heard this morning that the exploration plans were “production in disguise”.

The high court in Manchester was told this allowed the proposals by Cuadrilla to avoid a proper assessment of the impact on climate change.

An anti-fracking campaigner and a residents group are challenging the Communities Secretary, Sajid Javid, over his decision to grant planning consent for drilling, fracking and testing up to four wells at Preston New Road, near Blackpool.

Mr Javid followed the recommendation of a planning inspector but overruled the refusal of permission made in June 2015 by Lancashire County Council.

Campaigner Gayzer Frackman and the Preston New Road Action Group are arguing in separate challenges that Mr Javid’s decision was unlawful and should be quashed.

“The application presented by the developer [Cuadrilla] was dressed up as exploration but with production in disguise.”

He said the company planned to pump gas produced during three years of extended flow tests directly into the grid.

The company had given estimates in its application of the greenhouse gas emissions released during the construction of the site and during drilling and fracking, he said.

But the estimate of emissions during extended flow testing, of just 134 tonnes, did not take into account what happened when it was burned in homes or businesses.

Mr Willers said minerals planning policy (paragraph 120) required the decision-maker to look only at exploration in this case, rather than production.

“[Cuadrilla’s application] by dint of the disguise and planning policy will avoid a proper assessment under the Environmental Impact Assessment directive.”

He said case law required the courts to be “energetically concerned” with applications that avoided the requirement of the EIA directive.

He said if the greenhouse gas emissions from burned gas produced in the extended well tests were taken into account, Cuadrilla’s project could exceed the carbon budget for the Fylde.

The gas produced by the tests did not displace imported gas and so was incompatible with climate change commitments, under the tests set out by the Committee on Climate Change, he said.

Mr Willers summed up his case as: 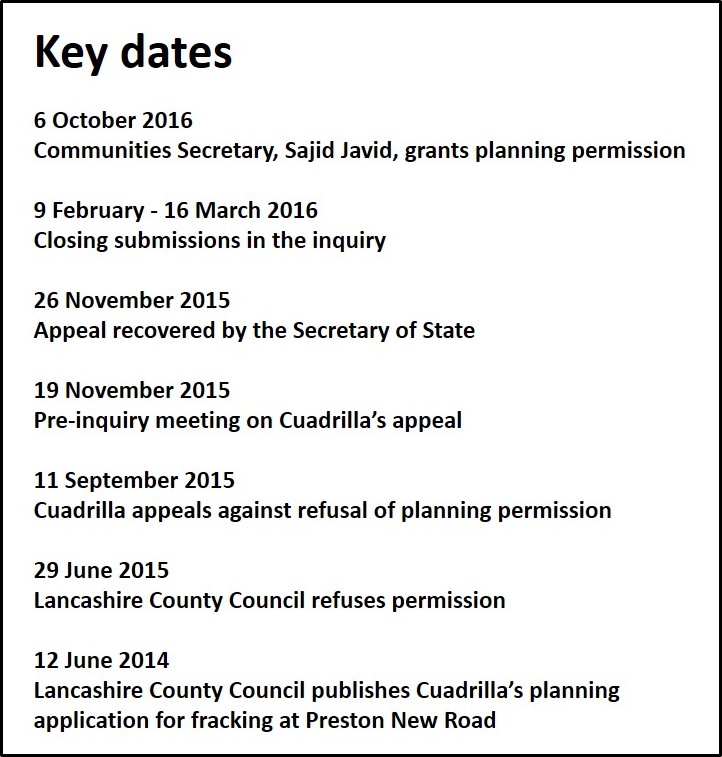 The court also heard the case for the residents’ group, which argued that Mr Javid had acted illegally in misinterpreting planning law and breaching natural justice.

The PNRAG case centres on policies in the Fylde Local Plan, the Lancashire Minerals Plan and the National Planning Policy Framework.

Mr Wolfe said the Secretary of State had wrongly concluded that Cuadrilla’s plans did not breach landscape policies CS5 in Lancashire Minerals Plan and EP11 in the Fylde Local Plan only because the project was temporary and impacts would be short-lived.

He said Mr Javid had also misapplied policy DM2 in Lancashire minerals policy, designed to protect residents. The Secretary of State had agreed with the inspector that the policy was not breached because the shale gas site would not make the outlook for local residents so “unpleasant, overwhelming and oppressive” that it would become an unattractive place to live.

That is a very high threshold, Mr Wolfe said, and the wrong test . It would be alarming to people living in shale gas areas if that was to be test of what was acceptable.

Mr Wolfe also said both the inspector and Secretary of State had failed to consider a sub-section of policy DM2 which said minerals developments should make a positive contribution to local residential amenity.

Preston New Road Action Group also argued that it was unfair that Mr Javid decided that policy EP11 should not be considered in making his decision. During the public inquiry, both sides had agreed that the policy was relevant but during the hearings, Cuadrilla changed its argument.

Mr Wolfe said PNRAG could not afford to send its barrister to every day of the inquiry hearings and the members of the group could not have been expected to be aware of this change in the common ground agreed between the participants.

On this issue, the Secretary of State had acted in breach of the rules of natural justice, Mr Wolfe argued.

The case before Sir Ian Dove continues this afternoon and is expected to end on Friday.

Report from afternoon session, Day 1: Shale gas regulation is not “up to scratch” and Cuadrilla fracking permission should not have been granted