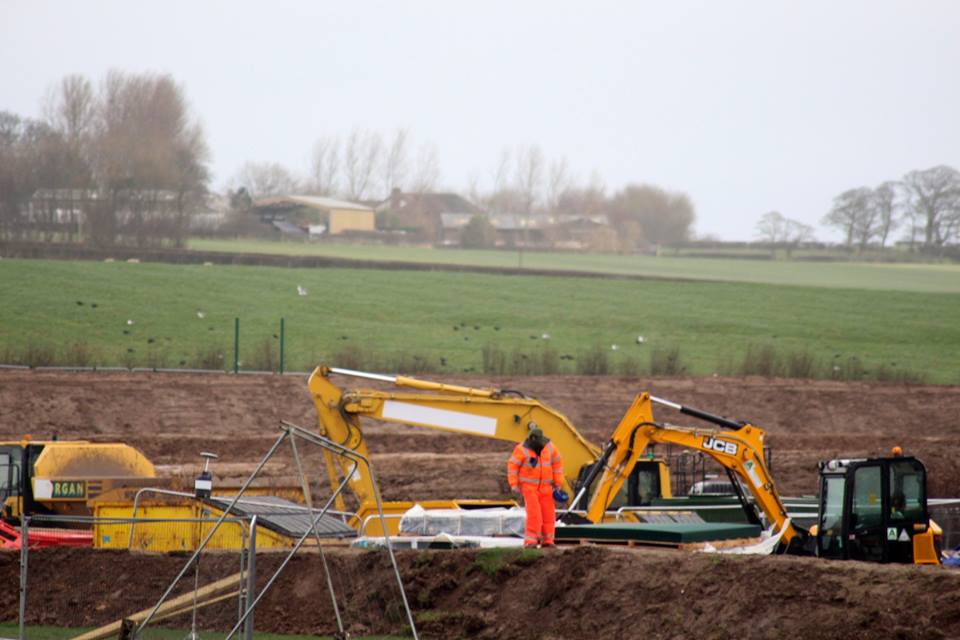 The argument was part of a legal challenge brought by a Lancashire resident to Mr Javid’s decision to grant permission for drilling, fracking and testing up to four shale gas wells at Preston New Road, near Blackpool.

Mr Javid’s decision, announced in October 2016, followed the recommendation of an inspector at a public inquiry and overruled the refusal of permission by Lancashire County Council.

Marc Willers QC, for the resident Gayzer Frackman, told the court in Manchester this afternoon:

“The fracking of these wells should not have been granted permission because the regulatory system was not up to scratch.”

The court heard how the Secretary of State had referred in his decision to a written ministerial statement by the then energy secretary, Amber Rudd. Presented to parliament on 16 September 2015, this said “safety and environmental protection will be ensured through responsible development and robust regulation”.

But Mr Willers told the court:

“Saying it is in the written ministerial statement doesn’t make it so.”

The inquiry inspector had concluded that the impacts on health and wellbeing could be reduced to an acceptable level. But Mr Willers said:

“We say that recommendation is irrational when you look at the evidence before the inquiry … and the absence of any tangible demonstrative evidence to the contrary.

“All she [the inspector] had was the government saying it is robust.”

Mr Willers referred to a report by the Committee on Climate Change which, he said, suggested the regulatory system was not yet robust enough to be relied upon.

“Given the evidence that showed there was no robust system in place and given the possibility that grating planning permission would give rise to demonstrable harm to public health, this should have prompted the Secretary of State and the inspector that there appeared to be gaps in the regulatory scheme.”

“You can’t have the plums and leave the duff”

The Communities Secretary was also accused of cherry-picking policy to support his decision to give consent. Mr Willers said Mr Javid had not taken account of the greenhouse gas emissions of methane produced during extended well tests. But he added:

“Perversely [the Secretary of State] took account of the benefits of commercial shale gas production – at scale or otherwise – by reference to the written ministerial statement. It doesn’t need a lawyer to understand the inequity of this approach.”

“You can’t cherry pick the best bits of a legal judgement and leave inconvenient parts behind.

“You can’t have the plum and leave the duff”.

But Mr Willers said Cuadrilla’s application was “production in disguise” because gas would be produced during the extended flow tests carried out over three years. The gas produced is expected to be pumped directly into the grid and burned in homes and businesses.

Mr Willers said the environmental impact assessment on Cuadrilla’s application should have – but did not – take account of the greenhouse gas emissions of this gas production.

If it did not, he asked, how could the UK assess the volume of gas imports that shale gas would displace, as required by the Committee on Climate Change.

Mr Willers added that the European Court of Justice should rule on whether the Cuadrilla application and UK planning practice guidance had “offended” the EIA directive.

“A directive has been circumvented, and that failing in the system whether it resulted by mistake or by design needs to be addressed because otherwise what is going to go on at the site – whether ones calls it exploration or production – is going to result in significant greenhouse gas emissions arising from the three years of pumping the gas into the grid.”

Earlier in today’s hearing, David Wolfe QC made the case for Preston New Road Action Group, the other party challenging the Secretary of State.

He said Mr Javid had misinterpreted or misapplied local and national planning policy in making his decision to grant planning permission.

Mr Javid had concluded that Cuadrilla’s plans complied with the Lancashire minerals policy and the National Planning Policy Framework.

But Mr Wolfe said the Secretary of State had misconstrued policy CS5 on sustainable minerals production and “failed to grapple” with the requirements of policy DM2 on protecting the environment and residents from harm.

Policy DM2 said proposals would be supported where environmental impacts causing demonstrable harm would be eliminated or reduced to acceptable levels. The policy also supported developments that made a positive contribution to the residential amenity of those living nearby

According to Mr Wolfe, the Communities Secretary had failed to give adequate reasons how this policy had been complied with

Preston New Road Action Group (PNRAG) also challenged Mr Javid over policy EP11 of the Fylde Local Plan. This policy, which deals with development in the countryside, had been cited by Lancashire County Council as a reason for refusal of planning permission in June 2015.

The council and Cuadrilla had agreed, in a statement of common ground, that this policy should be considered during the public inquiry. But Mr Wolfe said that after PNRAG had closed its case, Cuadrilla changed its position. Neither the company’s legal team nor the inspector pointed this out to PNRAG and the group did not have an opportunity to respond. Because of this, Mr Wolfe said the Secretary of State’s decision to grant planning consent was based on unfairness.

In the final half hour of today’s hearing, Rupert Warren QC, for the Secretary of State, began defending his case.

Mr Warren said Mr Javid had correctly interpreted policy CS5. He said it was a strategic, rather than development management, policy and did not have tests that must be passed for a proposal to be accepted. He said policy DM2 did not say that there should be no harm to the landscape.

Mr Warren will continue his case tomorrow. The hearing is expected end on Friday.