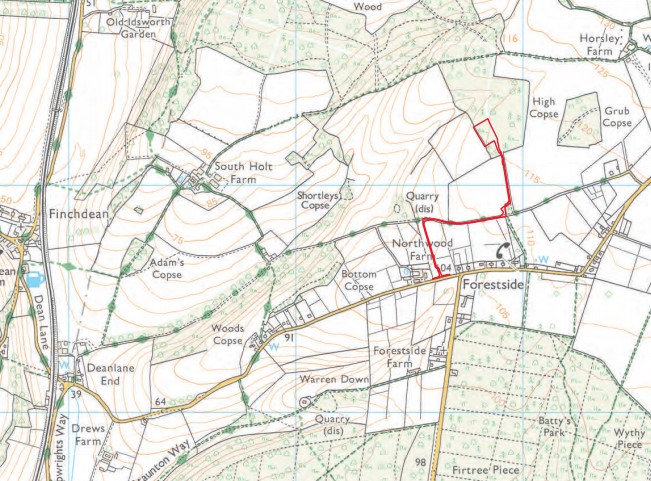 Opponents of proposals to drill for oil in woodland in the South Downs National Park have called for the site to be restored immediately after news that a planning application had been withdrawn (details).

UK Oil & Gas (Investments) plc issued a statement to investors this morning saying it would resubmit its application for Markwells Wood, near Rowlands Castle, later this year after it had acquired new data about the hydrogeology of the area. DrillOrDrop report

But campaigners against the scheme said today the site wasn’t suitable for drilling and UKOG had failed to provide evidence that its operation would be safe. They also called for the exploration and development licence to be revoked.

The Markwells Wood application for four new wells and 20 years of oil production had been due to be decided by the South Downs National Park Authority next week (11 May 2017). The Environment Agency had twice objected to the plans, saying they could pose “an unacceptable risk” to a nearby source of drinking water. DrillOrDrop report

Emily Mott, who lives in nearby Forestside and has opposed the plans, said:

“I’m not surprised that UKOG has slinked away from facing the Planning Authority vote which had been scheduled for next week. They had been given 8 months to submit a sound Groundwater risk assessment and failed to do so.

“Our aquifer is vulnerable and nothing can change that. They can do all the tests they like and the conclusions will be the same.”

The Environment Agency said the company’s risk assessments had failed to provide site-specific evidence to support the conclusions that there was no threat to groundwater from drilling four new wells and producing oil for 20 years.

“Markwells Wood Watch’s Hydrogeological report showed that this is not a suitable site for drilling and any risk is unacceptable. In addition, I would now like to see UKOG fulfil their obligation to restore the drilling site to woodland immediately.”

UKOG’s Executive Chairman, Stephen Sanderson, said this morning it was in the public interest to investigate the chalk groundwater system as thoroughly as possible.

But Reed Paget, a member of Markwells Wood Watch, said he didn’t believe UKOG could be trusted.

“Given the shoddiness of their application it is no surprise that UKOG is backing out.  What remains disturbing is that an oil company which has claimed they are trustworthy has twice failed to produce the research to prove their drilling is safe; they have further failed to disclose which chemicals they will be using despite stating they are fully transparent, and they now want us to trust that additional research they claim they will do will be of a high standard.

“It seems they have tried to cut every corner and only make a proper effort when caught out. I think they have lost all credibility and should have their license to operate revoked.”

In July 2016, UKOG announced it had adopted new terms for the exploration licence for the Markwells Wood area (PEDL126). The licence work programme included obtaining planning permission for an appraisal well by 31 December 2016 and drilling a horizontal well by 30 June 2020.