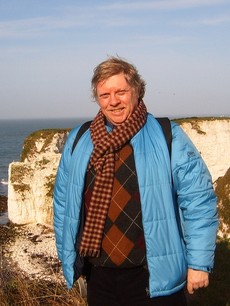 In this guest post, Dr David Lowry, of the Institute for Resource and Security Studies, Cambridge, Massachusetts, highlights warnings in recent reports on potential health impacts from fracking.

A study published by independent academic researchers at the University of Missouri at the end of 2013 found greater hormone-disrupting (so-called ‘gender-bender’ chemicals) properties in water located near fracking than in areas without drilling.

Endocrine disruptors interfere with the body’s endocrine system, which controls numerous body functions with hormones such as the female hormone estrogen and the male hormone androgen. Exposure to endocrine-disrupting chemicals, such as those studied in the MU research, has been linked by other research to cancer, birth defects and infertility. (for full study see: http://medicine.missouri.edu/news/0214.php)

Other US-based scientists at Yale University have found 55 fracking pollutants linked to cancer, including 20 associated with leukaemia or lymphoma. Their recent study concluded:

“These findings support the hypothesis that exposure to unconventional oil and gas development could increase the risk of leukaemia”.

The pollutants linked to leukaemia include: benzene, cadmium, formaldehyde and several toxic types of hydrocarbons. More than 80 % of the 1,177 water pollutants and 143 air pollutants from the US fracking industry couldn’t be assessed for cancer risk because of a lack of data, the paper, published in the journal Science of the Total Environment, stated.

Moreover, research published in the US by the Johns Hopkins Bloomberg School of Public Health found levels of radon in Pennsylvania homes – where 42% of readings surpass what the US government considers safe – have been on the rise since 2004, around the time that the fracking industry began drilling natural gas wells in the state. (Increased Levels of Radon in Pennsylvania Homes Correspond to Onset of Fracking, April 9, 2015; www.jhsph.edu/news/news-releases/2015/increased-levels-of-radon-in-pennsylvania-homes-correspond-to-onset-of-fracking.html)

In the UK, the heath watchdog, Public Health England, warned in a report published three years ago:

“If the natural gas delivery point were to be close to the extraction point with a short transit time, radon present in the natural gas would have little time to decay … there is therefore the potential for radon gas to be present in natural gas extracted from UK shale.” (Shale gas extraction: review of the potential public health impacts of exposures to chemical and radioactive pollutants, 30 October 2013; https://www.gov.uk/government/publications/shale-gas-extraction-review-of-the-potential-public-health-impacts-of-exposures-to-chemical-and-radioactive-pollutants-draft-for-comment)

Interested readers should also consult the over 200-page Compendium of Scientific, Medical, and Media Findings Demonstrating Risks and Harms of Fracking – a fully referenced compilation of the evidence outlining the risks and harms of fracking, produced by the  Physicians for Social Responsibility (www.psr.org) and the Concerned Health Professionals of New York (www.concernedhealthny.org).