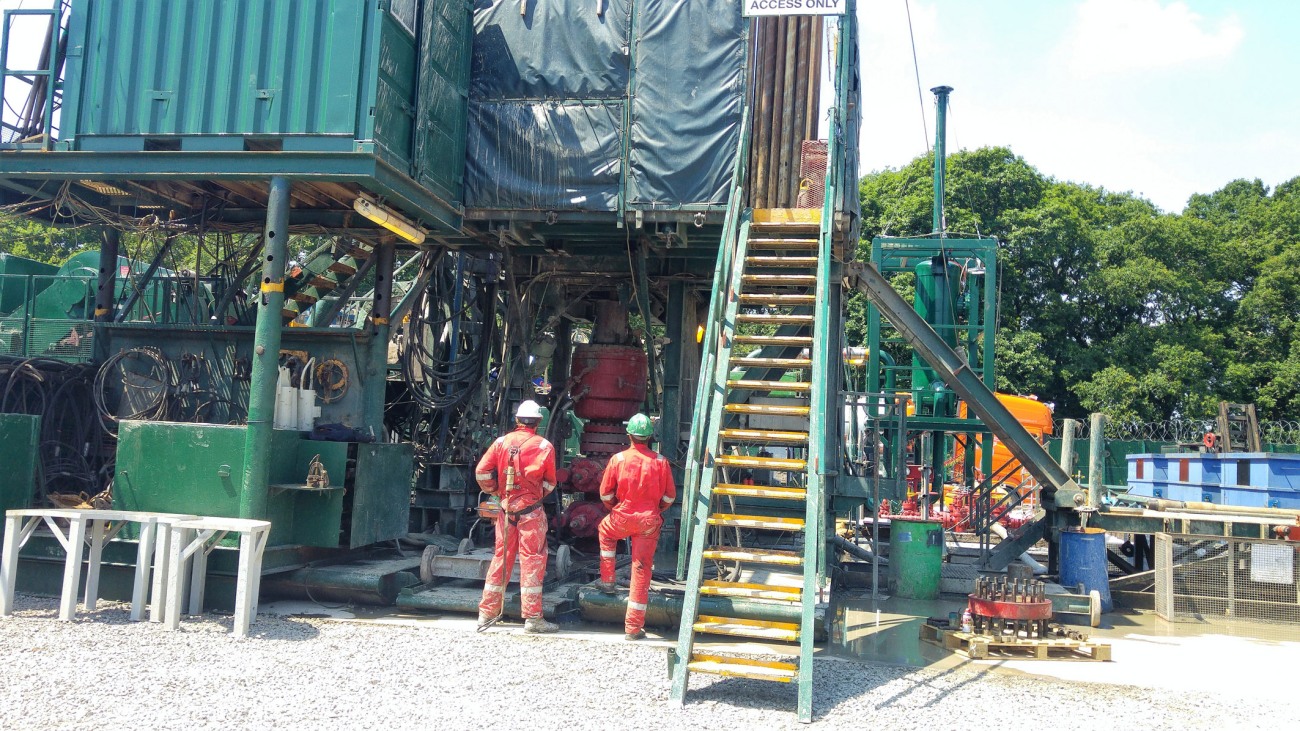 For the first time, there appears to be a concerted campaign by investors in an oil company to support planning proposals for exploration.

A month-long consultation opened on Thursday last week into a bid by UK Oil and Gas Investments plc to retain its Broadford Bridge site in West Sussex for a further 12 months.

Early on Friday, a subscriber to the UKOG share chatline posted a template comment backing the application. 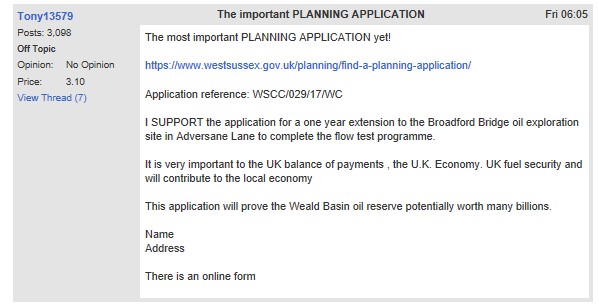 By the end of the day, 62 comments of support had been submitted on West Sussex County Council’s consultation webpage. Of these, 19 were identical to the chatline template. Most of the others used similar words or arguments.

The share chat subscribers recommended: “Spread the word folks and fill in the form of support”, “everyone do the same”. 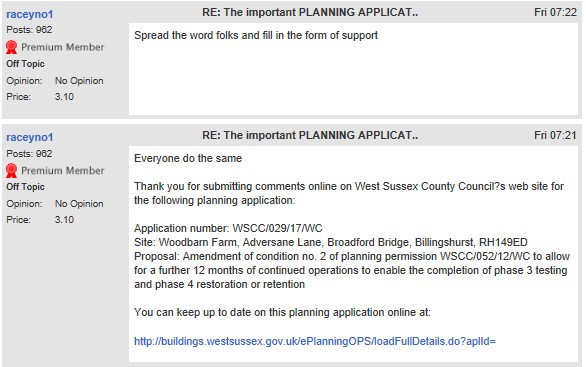 “Great idea if you happen to be a local resident but are they going to bother with our opinions if we live miles away? YES still worth doing as it may get the point over of National importance. I say this because the first question if you want to comment is your residential address. … now where’s that West Sussex phone book lol.”

“Sunday morning, surely you have 10 min to submit your planning SUPPORT. And then 5 min to do your wife/partners. Do it for you, them, me the UK economy, fuel security. To keep cute pandas warm at the zoo! You know it makes sense”.

Opponents of oil and gas projects have regularly encouraged social media followers to submit comments on applications and have provided template objections.

But in applications reviewed by DrillOrDrop since 2013, there’s been no evidence of a campaign among supporters. It’s also unusual to see supporters of a project outnumber opponents. At 10pm yesterday, of the 115 comments submitted, 76 were in support and 39 in opposition.

Analysis by DrillOrDrop of the postcodes given with comments suggests supporters were from across the UK and were not local. None gave postcodes for Billingshurst, Pulborough, Broadford Bridge or West Chiltington, the villages near the site. Only 8% of the total gave a West Sussex postcode. 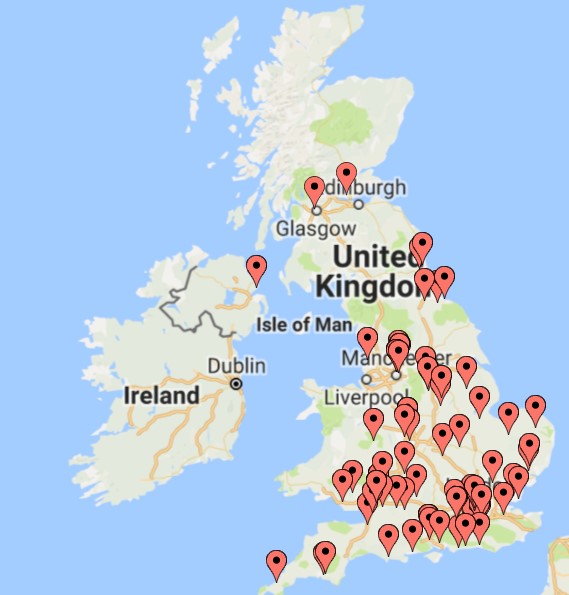 In contrast, 46% of opponents gave a West Sussex postcode and 20% said they were from the neighbouring villages. 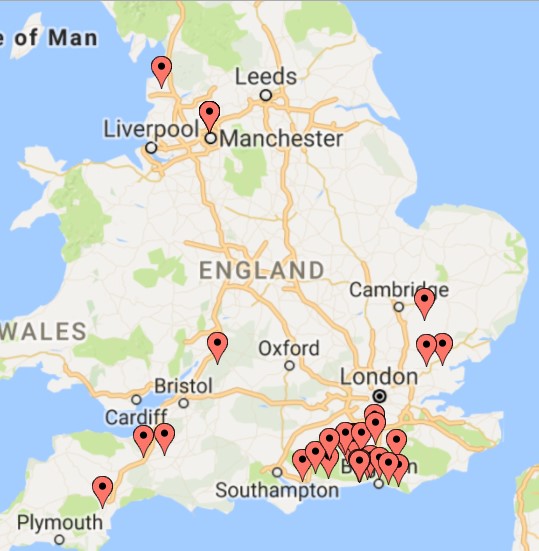 Most of the letters of support were submitted on Friday (14 July), while most of the objections were dated Sunday 16 July.

Many of the letters of support said the site was of national significance and important to the UK economy, generating tax revenue and providing fuel security.

The suggestion was made repeatedly that the application would prove the Weald Basin oil reserve was potentially worth many billions.

Most of the letters of objection mentioned concerns about acidisation (a technique used to stimulate flow in the well), new plans to store acid on the site, changes in the proposals since the last planning application, a lack of consultation and independent monitoring, impacts of flaring, threat of industrialisation and contribution to climate change.

Link to application and consultation