Objectors to plans to explore for oil near Leith Hill in Surrey have accused the county council of trying to “smuggle through” unworkable arrangements for traffic.

The oil company, Europa, requires lorries delivering to the site at Bury Hill Wood to travel along Coldharbour Lane, which in places is steep, narrow and winding with high banks.

Leith Hill Action Group, which has been fighting the proposals since 2008, said yesterday the road could, in effect, be closed to non-site traffic during the development, which the company says will last 18 weeks.

Without independent evidence to prove otherwise, the group argued:

“People living on the lane will be trapped in their homes.”

It also said lives could be put at risk because of delays to emergency vehicles.

The traffic management scheme (TMS) is a condition of the permission granted by a planning inspector in August 2016.

According to the TMS, residents on Coldharbour Lane are urged to cooperate with traffic controllers who will marshal heavy goods vehicles (HGVs) many of which will be more than 40ft long.

The group said the TMS did not address this and other concerns. There had been no analysis of the impacts on local people.

“SCC [Surrey County Council] must require Europa to pay for an independent and open modelling exercise to be carried out to assess the viability and impacts of the scheme. Without that, SCC has no basis on which to wave it through.”

The group said until independent analysis proved otherwise, it believed:

“The inspector said, in effect, ‘I cannot see how this scheme can work; do it again’. Two years later we are presented with the same scheme. It won’t work.” 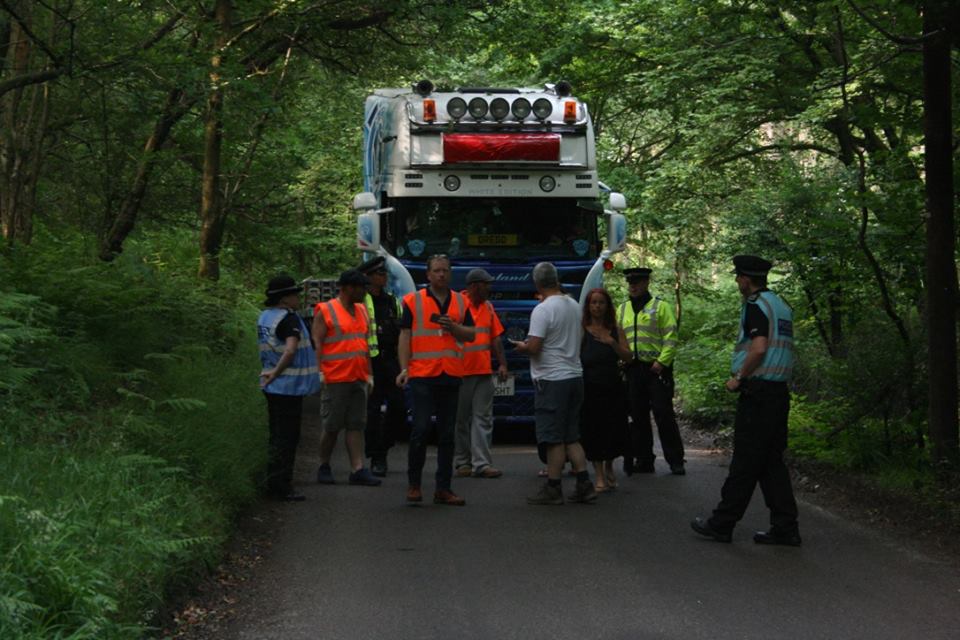 LHAG had expected the latest version of the traffic management scheme to be considered by councillors in September.

But the council has now told it that the TMS would be on the agenda for a meeting of the planning committee on 2 August. A consultation period will end on 31 July, after the shortest time allowed under council guidelines.

Mr Nolan said this meant “the abandonment of any pretence that SCC’s officers will pay any attention to what consultees and the public say”.

“The most outrageous thing about this attempt to smuggle things through is the fact that none of the concerns that we and other consultees have raised about what is missing from the TMS has been addressed.

“Our worry is that they [members of the council’s planning committee] will not refuse it, but instead just nod it through.”

Mr Nolan said the revised scheme would prevent HGV movements on a Saturday. He said:

“It further concentrates those movements, meaning that during the drilling period four HGV movements per hour will be necessary.

Mr Nolan also questioned whether the estimated number of HGV movements in the TMS – nearly 1,400 –was accurate. He said the number could be about 1,650.

He said LHAG had warned the council in May 2016 that it should allow enough time to consult people properly on the traffic management scheme.

“Given how much warning we provided to both Europa and Surrey County Council about the importance of providing enough time for the consultation on the TMS, it is simply inexcusable that we are now in a position in which they are trying to rush it through without proper scrutiny.”

LHAG is urging people to object to discussion of the scheme by councillors until independent assessments have been made.