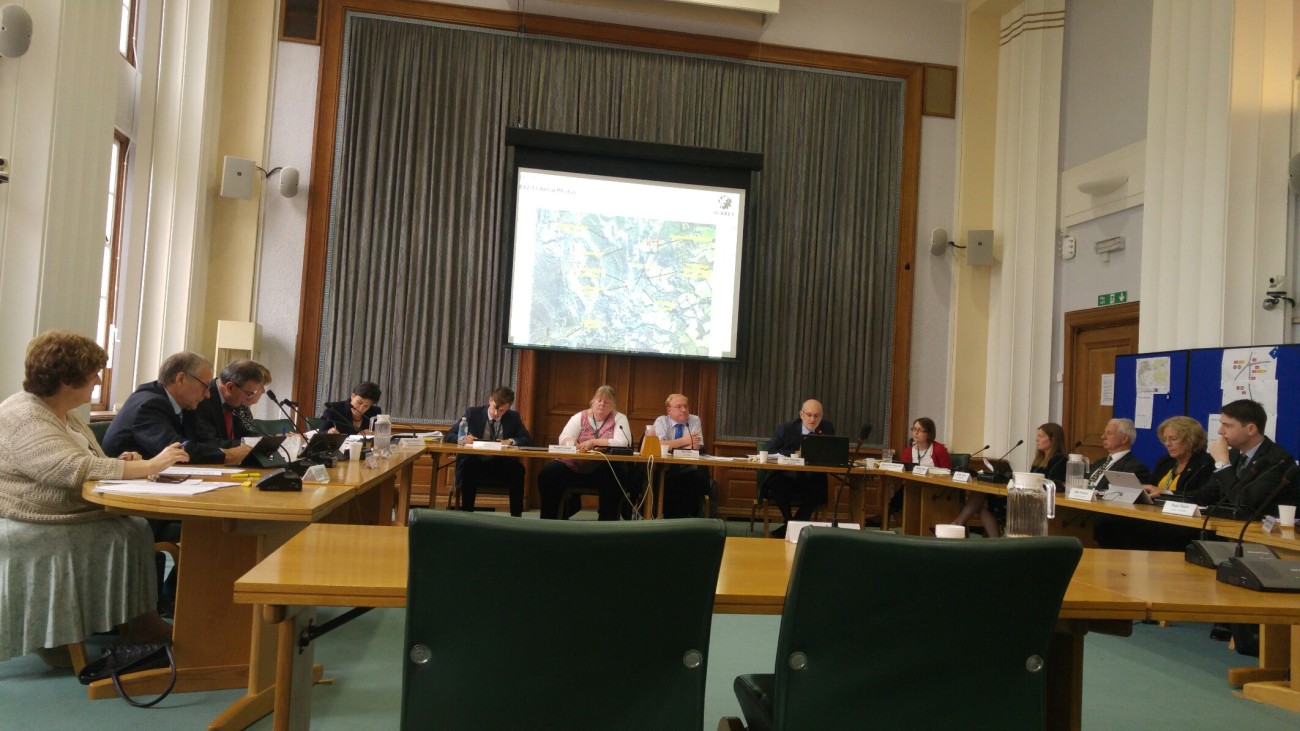 Plans to explore for oil near Leith Hill in the Surrey Hills suffered another delay today when councillors deferred a decision on a scheme to organise truck movements.

Europa Oil and Gas had submitted a traffic management scheme to Surrey County Council as a condition of planning permission granted nearly two years ago after a public inquiry.

But the council’s committee voted this morning to defer a decision on the scheme. Live updates on the committee meeting

This is the latest development in a long-running planning battle over the site at Bury Hill Wood, dating back to 2008.

The company said the TMS was sound and had been developed over an extended period of time.

The committee voted by six to four to defer a decision so that the company could provide more information.

An earlier vote to reject the traffic management plan was defeated by six votes to two.

After the meeting, a spokesperson for Europa at the committee said:

At the time of writing, the company has not made a written statement on its website.

Charlotte Nolan, of Leith Hill Action Group, which has opposed the proposals for Bury Hill Wood for nine years, said:

“We are pleased the decision has been deferred.

“Europa have to go back to the drawing board and consider the points that we have raised today.”

The TMS routes lorries from the A24 to Coldharbour Lane, a road which in places is steep, winding, narrow and lined by trees and ancient banks. Near the site, the lane is too narrow for a car and a heavy goods vehicle (HGV) to pass.

Opponents of the scheme objected to the TMS because they were concerned about:

They questioned the validity of traffic surveys which recorded no pedestrians or horse riders on weekdays.

They also complained that Surrey County Council planning officers had written their report recommending approval of the scheme before the public consultation period ended and before the local district council, Mole Valley, had a chance to hold a meeting to discuss the TMS.

“This attempt by Europa and planning officers to rush the TMS through will be seen by the public as collusion.

“To ignore the significant problems that have been raised would be negligence.

“If negligence leads to death, that is a criminal matter. Those asked to approve this TMP should bear this seriously in mind when discharging their responsibility.

“In the end, the buck stops with you, and you should be totally sure of the safety of it before approving it. I don’t see how this is possible based on the poor quality of the submission. “

Europa’s traffic consultant, Richard Elliott, said emergency vehicles would be delayed by 30 seconds at the most. He said the company had taken into account horse riders and pedestrians on Coldharbour Lane and had not ignored cyclists on weekdays.

Mr Elliott said most of the houses on Coldharbour Lane were on a section of the road where a car and an HGV could pass.

“This is not a figment of my imagination”

People in the public gallery of the committee room shouted

Mr Elliott said Europa would use radios to communicate between the site and delivery vehicles and he said there was a mobile phone service that would work in the area. He said:

“There had been an unwillingness to understand how much effort had been put into the TMS”.

“This submission has not been rushed. It minimises the impact on the residents. It is fit for all purposes. I commend it to the committee.”

The committee deferred its decision so that Europa could provide information on:

The delay also allowed the committee to take account of the recommendation of Mole Valley District Council. Its planning committee voted last night to object to the TMS.

Investors in Europa Oil & Gas were selling shares this lunchtime. The share price fell after the decision but has since recovered and at the time of writing is up slightly 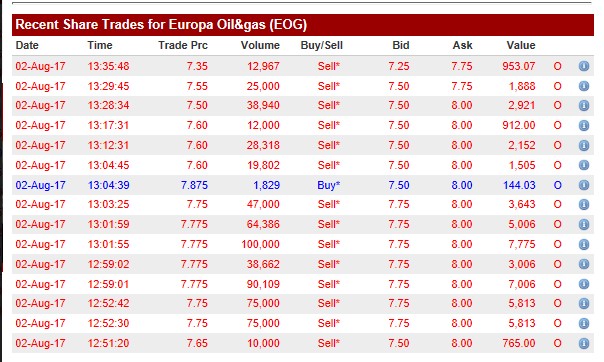 Earlier, the committee rejected the advice of planning officers to change two recommendations in the traffic safety audit.

Councillors voted by eight to one to adopt all four recommendations, unedited, in the audit.

The two contentious recommendations involved cyclists. One recommended that HGV drivers should stop when they saw a cyclist. The officers proposed replacing this with a card in the cab advising drivers to be aware of cyclists.

The audit also proposed specific warning signs for cyclists on the road. Officers said this could add to confusion and recommended cyclists follow the Highway Code.

The next scheduled Surrey County Council planning committee meeting when the TMS can be discussed is on 13 September 2017. Link to agenda page

This report was made possible by individual donations from DrillOrDrop readers