Councillors voted unanimously last night (6 September 2017) to take action to protect trees on the route to be used by lorries delivering to an oil exploration site near Leith Hill in Surrey.

Last night’s decision follows an earlier presentation of a petition to the council by the community group, A Voice for Leith Hill. Members celebrated the vote taken by the council’s development control committee. 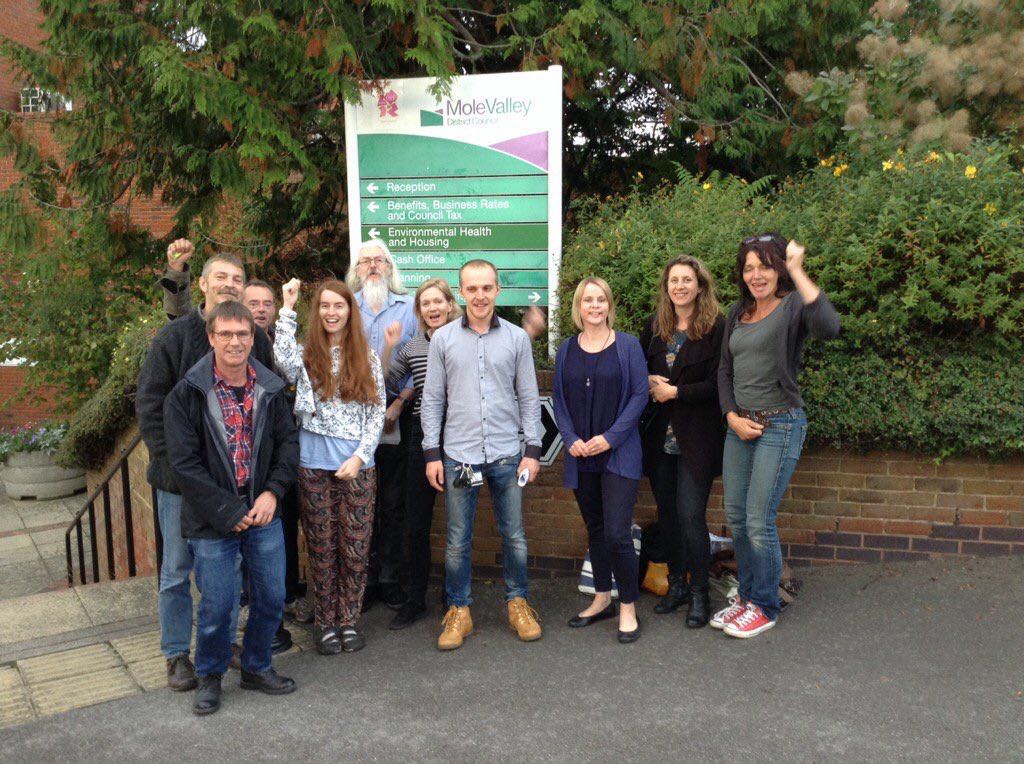 Sarajane Ferris, of the group said:

“We’re delighted that the Council has made this order, after a long campaign and raising over 2000 signatures on a petition.”

“These veteran trees on this historic lane can’t speak for themselves so the community has given them a voice. They face damage and disturbance from the hundreds of heavy lorry movements that the oil drilling threatens.”

A Voice for Leith Hill raised money to commission a tree report by an independent aboriculturalist. This concluded that currently healthy beech and oak trees

“were at risk from damage and any loss would harm the character and appearance of the historic environment in the lane”.

The group identified 20 iconic trees which should be protected.

Europa Oil and Gas received consent to carry out exploratory drilling at Bury Hill Wood more than two years ago. It is currently working with Surrey County Council to satisfy the conditions of the planning permission.

A traffic management plan is expected to come before the council’s planning committee for a second time in October. The August meeting voted to defer a decision. They asked Europa to provide information on the status of mobile phone signals in the area, whether the company has permission to use a café car park as a lorry holding area and whether aluminium tracks or stone would be used at the site.