Ineos has received planning permission to explore for shale gas at a site in the village of Harthill in South Yorkshire.

A new year and a new public consultation is underway in the long-running attempt by Europa to explore for oil near Leith Hill in Surrey.

Revised plans for lorry deliveries to a second proposed fracking site in Lancashire would “put even more lives at risk”, a community group said today. 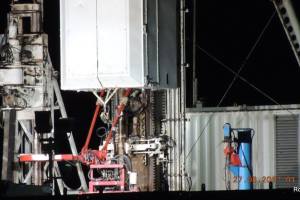 The shale gas company, Cuadrilla, has applied to change the rules on working hours at its Preston New Road site near Blackpool.

Opponents of oil exploration plans near Leith Hill in Surrey are taking part in a silent protest because they say their voices aren’t being heard on traffic arrangements.

Councillors voted unanimously last night (6 September 2017) to take action to protect trees on the route to be used by lorries delivering to an oil exploration site near Leith Hill in Surrey.