What Surrey County Council told the OGA about the Brockham sidetrack 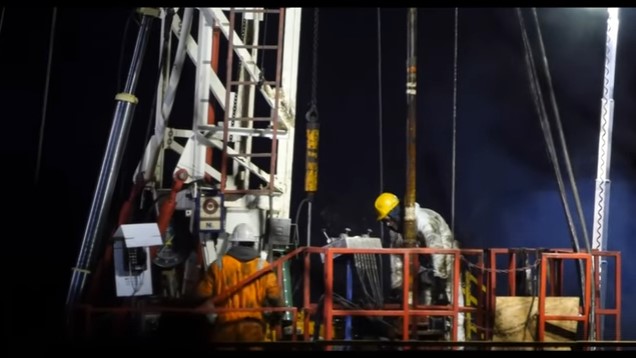 Angus Energy did not have permission to drill a new sidetrack at Brockham in Surrey and does not have consent for production, the county council has told an industry regulator.

The well, called BRX4z, has been the subject of a long-running dispute between the company and the council.

In a recent letter to the Oil and Gas Authority (OGA), Surrey County Council said:

“For the avoidance of doubt, the CPA [county planning authority] considers that no planning permission exists for the sidetrack BRX4z as an exploratory well or for producing from it.”

The Oil and Gas Authority sought the council’s view because Angus has applied to produce from the side track and has submitted an addendum to its field development plan.

The company has argued that it had planning permission to drill the sidetrack in January and to produce from it in future. But the council has consistently disagreed. Earlier today, Angus Energy was accused to betraying the trust of the council over the Brockham site (DrillOrDrop report).

In the letter, released in response to a freedom of information request, the council outlined the different planning permissions at Brockham and what they covered. According to the council, none gave permission for the BRX4z.

For: Construction of a well site and access road, the drilling of one exploratory borehole and the testing of any hydrocarbon bearing structure encountered.

Conditions: The permission ceases one year from commencement of drilling operations or within six months of the completion of flow testing, whichever was the soonest.

Operations under this permission: Drilling of BRX1 August-October 1987

Council’s view: This permission does not authorise production from BRX4z because it relates only to drilling of BRX1

For: Retention of existing well site to further test the existing oil bore and drill up to five additional wells and install production and road tanker facilities

Conditions: Permission is for 15 years from the commencement of drilling or 12 months from the completion of flow testing of the first bore, unless a scheme for the transportation of oil has been submitted or approved, whichever is the sooner.

Council’s view: No scheme for the transportation of oil was approved so the permission expired within 12 months from the completion of flow testing of the first bore. 15 years from the commencement of drilling expired in 2013. This permission has expired so does not authorise hydrocarbon production from BRX4z.

For: Extension of the period of production from the site for a further 30 years

Council’s view: When this permission was granted there were two well heads and four wells (BRX1, BRX2, BRX2z and BRX2y)

For: Installation and operation of a drilling rig for a workover programme, drilling a new well (BRX4) for a temporary period until 31 December 2008.

Council’s view: This permission does not authorise hydrocarbon production because it post-dates MO06/1294 and cannot derive authority from it. The permission expired in December 2008.