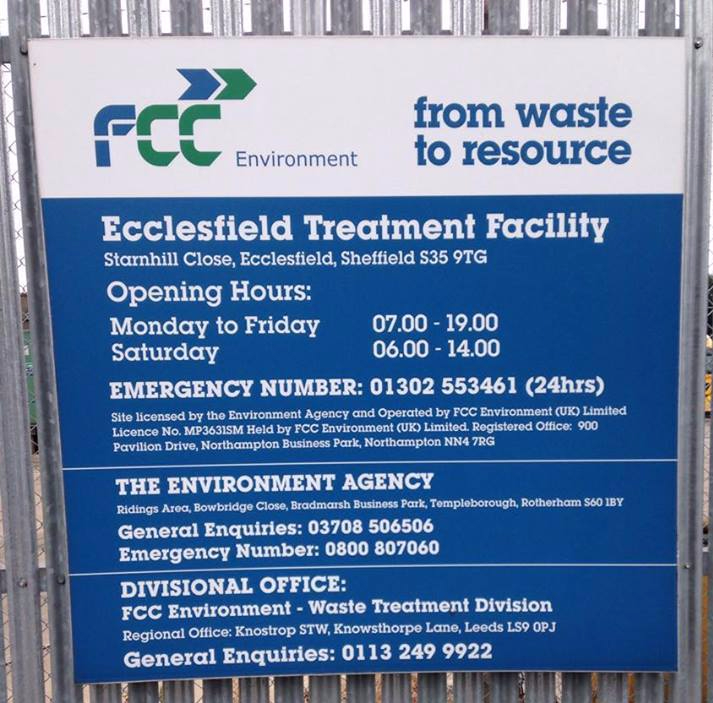 Campaigners have identified two sites in Sheffield as possible destinations for fracking waste.

One is the FCC Environment Treatment Facility at Ecclesfield on the northern edge of the city. The other is at Blackburn Meadows, on the banks of the River Don, next to the Meadowhall shopping centre.

Opponents of fracking identified the Ecclesfield site from legal notices posted on security fencing. The notices stated that the site was covered by a temporary injunction granted to the shale company INEOS Upstream. 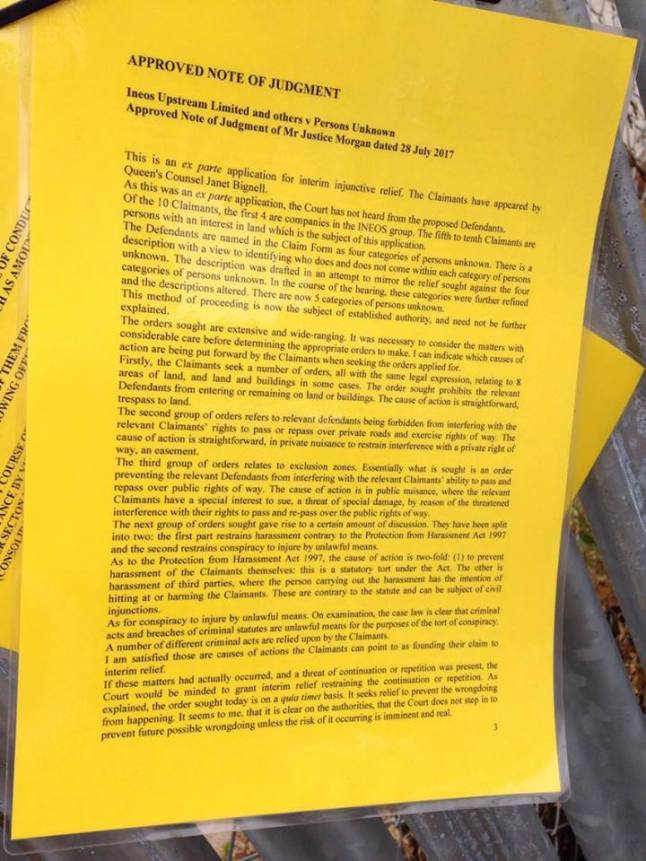 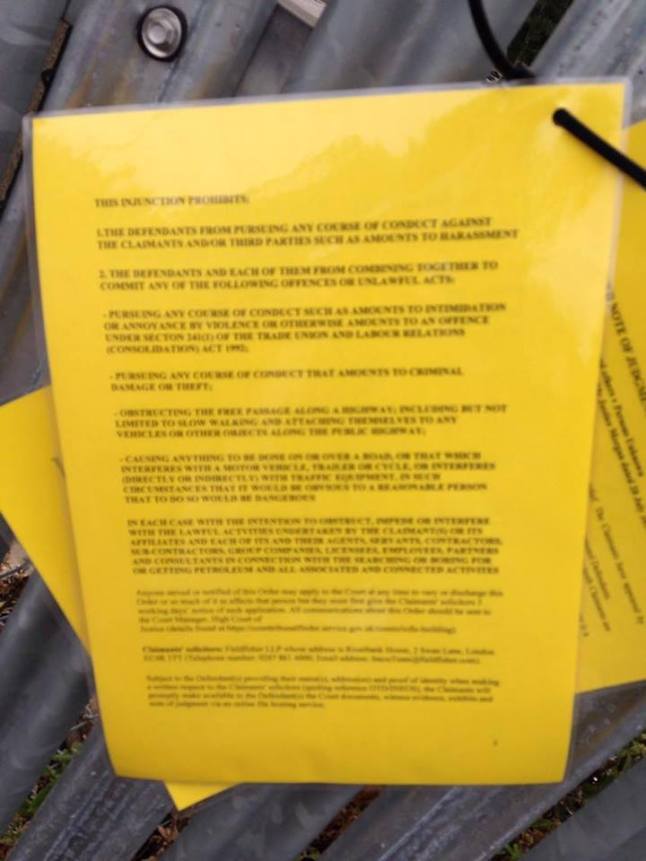 INEOS has sought the injunction against anti-fracking protests at sites it had either earmarked for shale gas exploration or belonged to companies supplying services and equipment.

“The first thing we knew was an injunction notice. This is a glimpse of the enormous environmental impact shale gas will have. It must be stopped before it starts.”

The Environment Agency (EA) confirmed in response to an FOI request that the Ecclesfield site has environmental permits which would allow it to treat waste from hydraulic fracturing operations.

The EA also said treated effluent could then be sent to the sewage works at Blackburn Meadows.

The Sheffield area could see hydraulic fracturing at multiple sites in the next few years.

Shale gas exploration, though not fracking, has been approved in north Nottinghamshire at Tinker Lane, near Blyth, and Springs Road and Misson. INEOS has applied for planning permission for exploration at Harthill in Rotherham borough and Marsh Lane in north east Derbyshire. The company has also said it will seek consent for a third site at Woodsetts, also in Rotherham.

The campaign group, Mosborough Against Fracking, said the transport of liquid waste to Ecclesfield would represent a hazard on local country roads and the M1 motorway. It said:

“A fully fledged industry will result in thousands of wells and produce millions of gallons of contaminated water.”

In the FOI response, the Environment Agency said fracking waste fluid would be treated to precipitate out heavy metals and any other solids to form what’s called a filter cake. This would be dried, tested and sent to a suitable landfill site.

The remaining effluent would be tested and could be sent by sewer to the sewage treatment works at Blackburn Meadows, the EA said. There it would undergo further treatment to remove residual contaminants before final release into watercourses.

“Potentially the quality of water in the river Don will be degraded. No one even knows what will be contained in the produced water. HGV [heavy goods vehicle] movements will be massive with all that brings, such as risk of accidents/spillage, congestion, diesel pollution, road damage.”

A spokesperson for INEOS said:

“INEOS Shale holds itself to the highest possible standards when it comes to safety and environmental responsibility at all of its sites.

“Any waste that will be produced at our sites will be subject to removal methods agreed as part of the permitting process and sent to Environment Agency-approved waste treatment facilities. Each facility is assessed by the EA on a case by case basis to ensure the appropriate measures are in place to protect the surrounding environment.

“These provisions would form part of the Environmental Permit the waste facility operates [under] and are subject to inspection by the EA. The injunctions sought by INEOS cover all suppliers to our shale activities.”

Opponents of shale gas developments have found it hard to establish where fracking waste would be treated.

Two other sites emerged during evidence at the public inquiry into Cuadrilla’s fracking plans in Lancashire. Friends of the Earth’s waste witness gave evidence that potential waste treatment centres in northern England were the Castle Environmental facility, at Stoke on Trent, and the FCC Environment site at Knostrop in Leeds. DrillOrDrop report

Researchers at Swansea University say they have developed a new method which could be used to clean fracking waste.

A paper in the journal, Nature, published last week, suggests that a ceramic membrane with ionically-charged pores attracts a thin layer of water. This adheres to the entire surface of the filter to repel globules of oil and other hydrocarbons. The filter does not foul and so lasts longer and requires lower operating pressures.

“Fracking has proved highly controversial in the UK in part as a result of the pollution generated from produced waters.

“However, with this new super-hydrophilic membrane we can clean up this waste produced water to a very high standard and recycle all of the materials, significantly improving the environmental performance of the fracking process.”