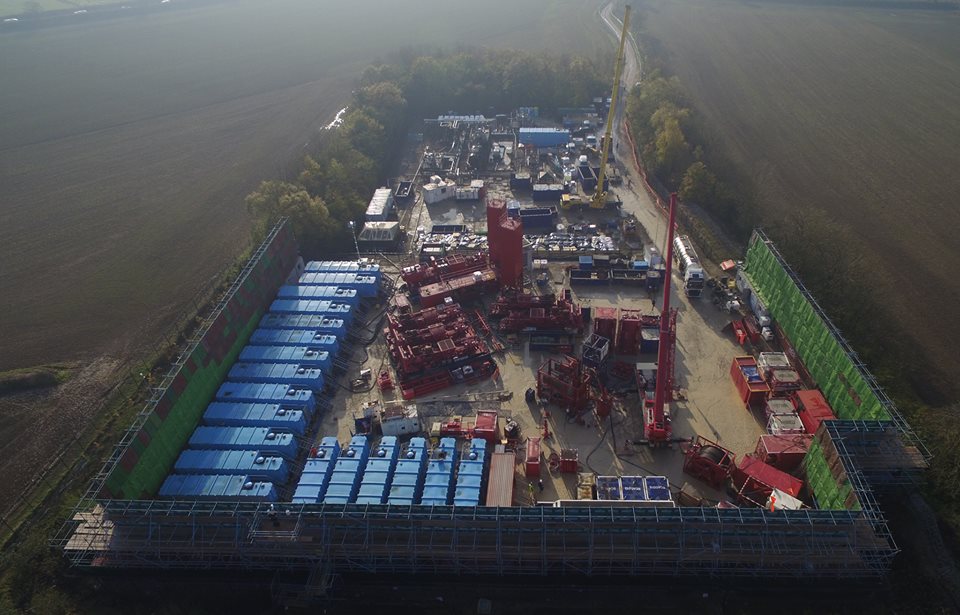 In a letter distributed today, the company said it had completed the workover phases of the KM8 project and was laying out the hydraulic fracturing equipment – described as the frac spread. 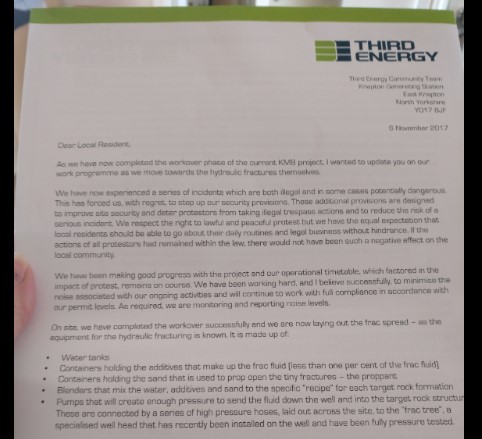 In the letter, Mr Linn said the company had experienced “a series of incidents which are both illegal and in some cases potentially dangerous”. He said:

“This has forced us, with regret, to step up our security provisions”.

“We respect the right to lawful and peaceful protest but we have the equal expectation that local residents should be able to go about their daily routines and legal business without hindrance.”

The letter said off the site, the company had installed 12 surface seismic monitors, vibration monitors and a micro-seismic array. These monitors would provide data on seismic events and measure fracture height and growth.

The company said it was posting local  informationon the Kirby Misperton People Facebook Page and on the KM8 portal of its website.

The Business Secretary, Greg Clark, has to give the final approval before fracking can begin at Kirby Misperton. At the time of writing, no decision has been announced.