Angus Energy has announced initial flow rates of 40 barrels of oil per day at its horizontal production well at Lidsey in West Sussex.

Five months ago, Angus predicted a sustained 400 barrels a day at Lidsey (interview with IG Analysis).

In a statement this morning, the company said production from the Great Oolite section of Lidsey-X2 was “below expectations”. 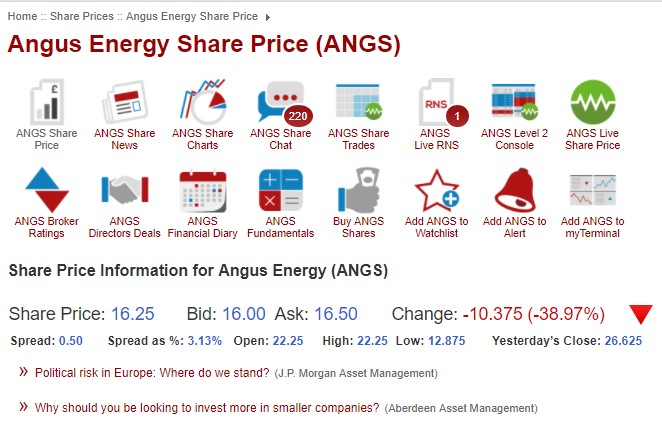 This is the second piece of disappointing news for oil production in the Weald Basin this week. On 15 November 2017, UK Oil and Gas Investments plc announced that initial flow tests from the KL1 layer at its Broadford Bridge site suggested this zone would not be commercially viable without reservoir stimulation. UKOG has repeatedly said it would not use hydraulic fracturing in the Weald.

Last year, Angus predicted in a presentation to investors Lidsey would produce about 300 barrels a day.

This morning, the company said it was “examining evidence that suggests a partial flow reduction is the result of a hole in the production tubing, therefore not allowing the well to be fully drawn down”.

It added that the initial flow rates had “potential for increased yield”.

“The company is conducting a thorough study to optimise and enhance production levels.”

“Even with these initial flow rates, Lidsey-X2 provides commercial production and cash flow. We will continue to optimise production from the Great Oolite reservoir at Lidsey as we work to increase flow rates and we look forward to developing its additional reservoirs to enhance long run value for our shareholders.”

The original well at the site, Lidsey-X1, was producing an average of 25 bopd before it was shut in on 31 Jan 2016. Angus said this well would resume production and was expected to achieve 15-20 bopd.

The company added that it would submit an addendum to its field development plan to the Oil and Gas Authority. This would seek to begin production appraisal in the Kimmeridge and Oxford layers at Lidsey.